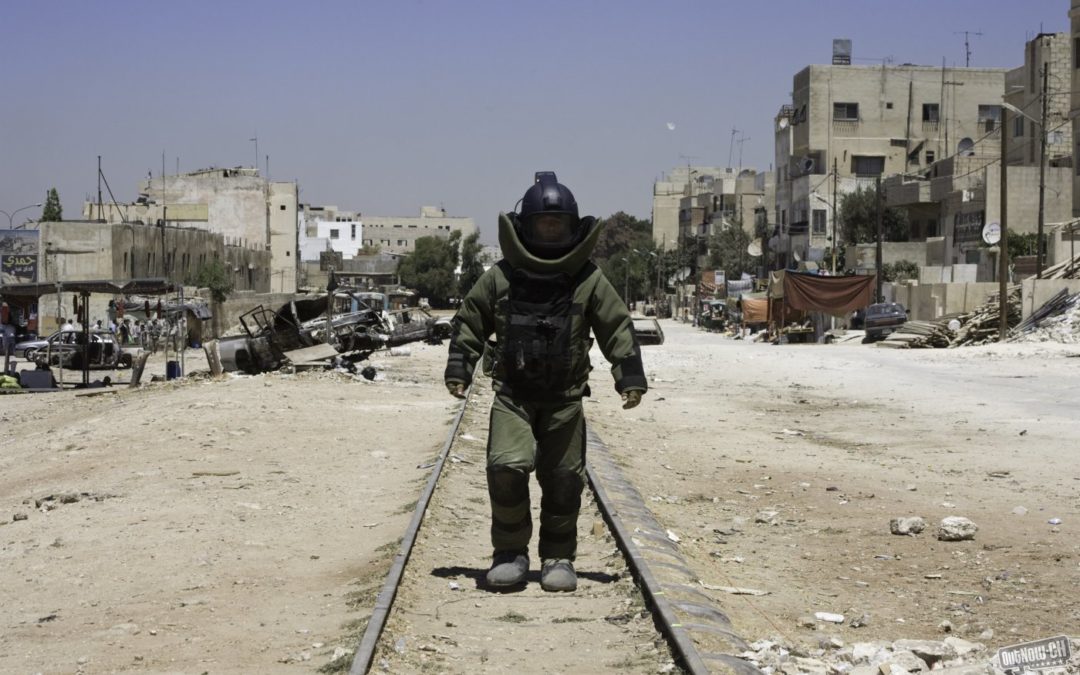 War has no end. It’s silly to think it will because it started with the start of the human race and will probably end only with it’s extinction. And in the numerous movies made on war over time where we see the soldiers dying and the blood pouring out of their bodies, legs cut off and everything grose you could imagine, nothing in the world seems worth all those lives. No amount of oil or even love for God could justify any of it.
The Hurt locker is not about this. It does not raise any questions. It certainly doesn’t given any answers or any hope. It is a thriller woven around Iraqi soldiers and bombs. Between two weapons which may blast at each other and at times almost has the feel of a video game which has no end but just levels. Only that it doesn’t feel real unless you see a human being burst into molecules in front of your own eyes and realise that even though it’s not a game you need to think of it as one to survive each day.

The movie tells the story of three men, SSG William James, Sgt. JT Sanborn and Spc. Owen Eldridge in an Iraqi base camp, serving in the US bomb squad unit. James played brilliantly by Jeremy Renner, is the bomb disposal expert. Has disposed over 800 of them. And it’s like a drug for him. When you see him with a bomb shell, it’s as if you are looking at a geek with an equation, hell bent on not leaving the premises till he finds all of them and disposes them. He’s an adrenaline junkie; doesn’t go by the protocol and though he has a family back home, disposing a bomb is the only thing he feels natural doing. But as you read this review don’t go on expecting any high flying action sequences. Every step James takes towards a bomb, you as the audience, are not sure whether he’s going to survive. Because you have seen others die before. So everytime you see him defy protocol, take off his suit so that he can take a better look at the enemy or take up a risque assignment, you can almost hear yourself saying ‘shit! please don’t die.’
You feel exactly how Sanborn (Anthony Mackie) feels when he looks over every assignment with James. Or Owen Eldridge (Brian Geraghty) who doesn’t know what to do and watched things blow up around him. He’s like a kid who is playing ‘war’ with other guys but is scared to his soul. He is counting days till he can go back home, his life and leave all this behind. Like any of us if we were send in a land where everything around you could just blast off without notice.

The Hurt Locker’s brilliance lies in taking up three extreme characters and putting them together in a setting as turbulent as this to bring out there real charater. There is a scene in the movie where the three men celebrate after a successful mission. All three of them are drunk and doing crazy things but you know James is the most crazy when you seem him ride Sanborg, who gets so scared that he pulls out a knife. And after they put him in his room, James put the bomb suit mask on his head and goes off to sleep. Like this was the superhero he wanted to become as a child. That one scene tells you everything about James.

The movie is directed by Kathryn Bigelow and she does an amazing job at it. She gives the movie the direction it needs and still keeps it a little random to give it an extra edge. Watch this movie to understand what a good story and well sketched characters can do for a movie. And it is one of the most fresh movies to come out last year and a sure winner for the awards next month.
Share karo yaar... tumhe filmon ki kasam