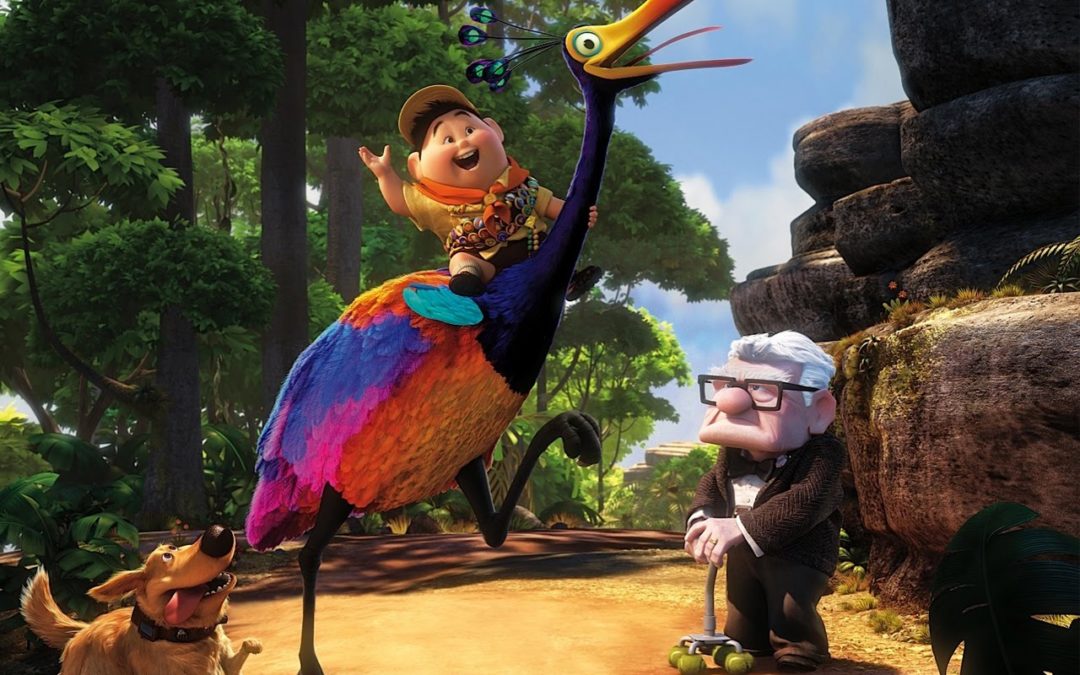 There are two kinds of people i know who watch movies:

One, who watch animated movies.

Second, who will watch an animated movie only is they get a DVD.
“Who goes and watches those in a movie theatre,” they say.

This review is for both of them. Watch ‘Up’.

It’s gone off the movie theatres long back but you’d definitely get the dvd. If it makes any difference, it’s the only animated movie (other than the Beauty and the Beast) which is nominated for the Best Picture at the academy awards. And more importantly, it’s entertaining as hell.

It tells the story of an old man, Carl Fredrickson and a young boy, Russell who are stuck together in a flying house on their way to the Paradise Falls in South America. This movie is everything that a movie should be. A touching tale of an old man trying to make the one wish of his dead wife come true and a young boy stuck with him, whose parents have no time for him. But even though the characters have a sad personal history to them, it never comes in the way of the movies main track which is the visit to the falls and the adventures that they have. During the length of the movie, you see them meet Kevin (a bird – non talking) and Dug (a talking dog). And we also have a archetype villain, who they have to run away from. And somehow the reason of the journey becomes immaterial in the end because of the relations that they form (animal and human).

The movie’s highlights are the characters.  Carl, is a stubborn old man played by Edward Asner. He is so in love with his wife that he doesn’t allow for anyone else to get through to his heart till Russell (Jordan Nagai), Doug and even Kevin, force their way through it. Russell is a bright, cute kid. And yet he is so vulnerable. He is as pure as a child should be but also see him as the little child who misses his parents. Kevin is a bird so there is nothing much to say about her. And finally Dug. Dug is Delightful. He is every dog lover’s dream come true. Watch him say ‘I love you Master’ through the movie and you’d wish that he was your dog.

The brilliance of Up lies in the fact that it doesn’t take being an animated movie as an excuse for a slackly plot and avoidable special effects. The movie stays true to it’s soul which is emotion and relationships and uses the characters to bring that about.