The Fungi I Love 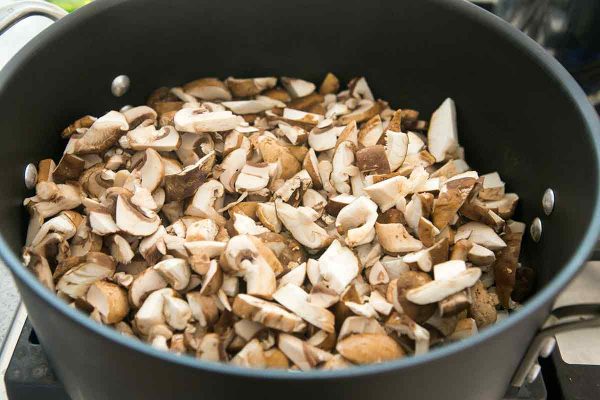 I have always loved Mushrooms. As a child the only memory I had of them was in the form of a subzi made with onions, tomatoes, and a ton of oil. There was no other way to have them but to tell the truth, I could taste the chilli and onions more in than the mushrooms themselves. The next time I encountered the edible fungi was on top of the veggie pizza. Somewhat bland and just about cooked, I for the first time tasted the real flavor of the fungi. And I was hooked. For years after that I limited my intake of mushrooms in the form of the ‘cream of Mushroom soup’. And shockingly the only place I have found consistency there is ‘Maggi’.
Anyway, over the past three years I jumped on to the Italian bandwagon and now am often seen having Mushroom sauce with pasta, one of my favourite things on the planet. Though having had the creamy concoction of cream and mushrooms for a couple of years now, it was not till the New Year’s eve last year that I made my first attempts to recreate the magic within the four walls of my home. Music, a bottle of wine and I was ready for my experiment without a recipe in hand. While the pasta turned out to be absolutely fine, after almost a bottle of wine I was not, leading to a memorable New Year which had me dozing off at 11:45, waking up only to barf! Happy 2011…I must say.
Anyway, last night I had a real shot at the mushroom sauce and I must say that the result was so good that my pasta shunning husband went for a second serving! So what goes into the sauce?
It is made from the combination of sautéed mushrooms to a Béchamel sauce. Many of us know Béchamel sauce as white sauce. One of the mother sauces of French cuisine it is used in many recipes of Italian cuisine and as the base for other sauces. It is made by whisking milk gradually into a white flour-butter roux (Roux being a fancy word for cooked mixture of wheat flour and fat, traditionally clarified butter). For those who need a step by step process look right ahead. 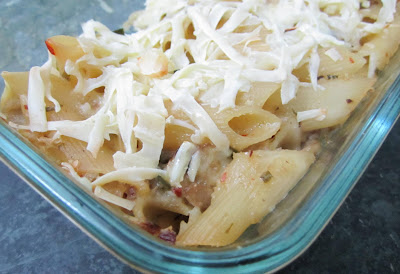 Method:
Heat a little olive oil and melt the butter in it.
Add onions and fry for a few minutes.
Add the mushrooms and sauté until they are soft.
Remove the pan from the heat and add the flour and pour in the milk.
Mix the ingredients together, stirring continuously.
Return the pan to a medium heat and cook the sauce, stirring constantly until it thickens.
Season with salt, chilli flakes and cook for 5 – 8 minutes.
Season with thyme and the sauce is ready.
Pour the sauce either on boiled pasta or for a lasagne bake it in a pot with uncooked pasta and cheese at 180deg C for 45 minutes.
Share karo yaar... tumhe filmon ki kasam