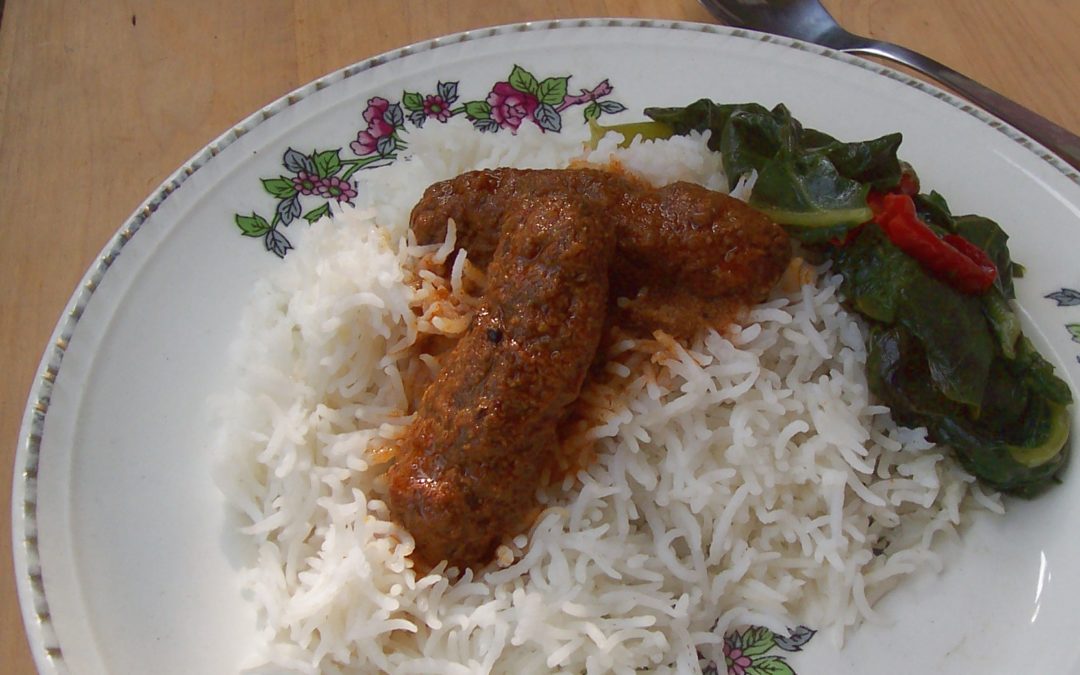 How?
The Meatballs
1. Place the ground mutton in a bowl.
2. Powder the cloves and the black cardamom and add to the mince.
3. And the rest of the ingredients and mix well.
4. Pinch off small portions of the mix and shape into sausages about 3 inch long and a half inch thick.
5. Let them rest for 20-30 min.

The spice gravy
1. In a heavy flat bottomed pan heat some Mustard oil.
2. When hot, add the cloves and the bayleaf, dhaniya, saunf, and sonth powder, in that order.
3. Add the red chilli powder and stir quickly to roast the spices and then add water.
4. Add salt and bring to a boil.
5. Turn the heat to medium and gently lower the mutschgand into the pan.
6. Ensure that they are immersed in the gravy and don’t use any utensil to do so.
7. Cover and let simmer for 30-40 minutes.
8. The gravy will have reduced by a third and the meat will be done.
9. Sprinkle a half teaspoon of Kashmiri garam masala and mix.
10. Serve with rice.