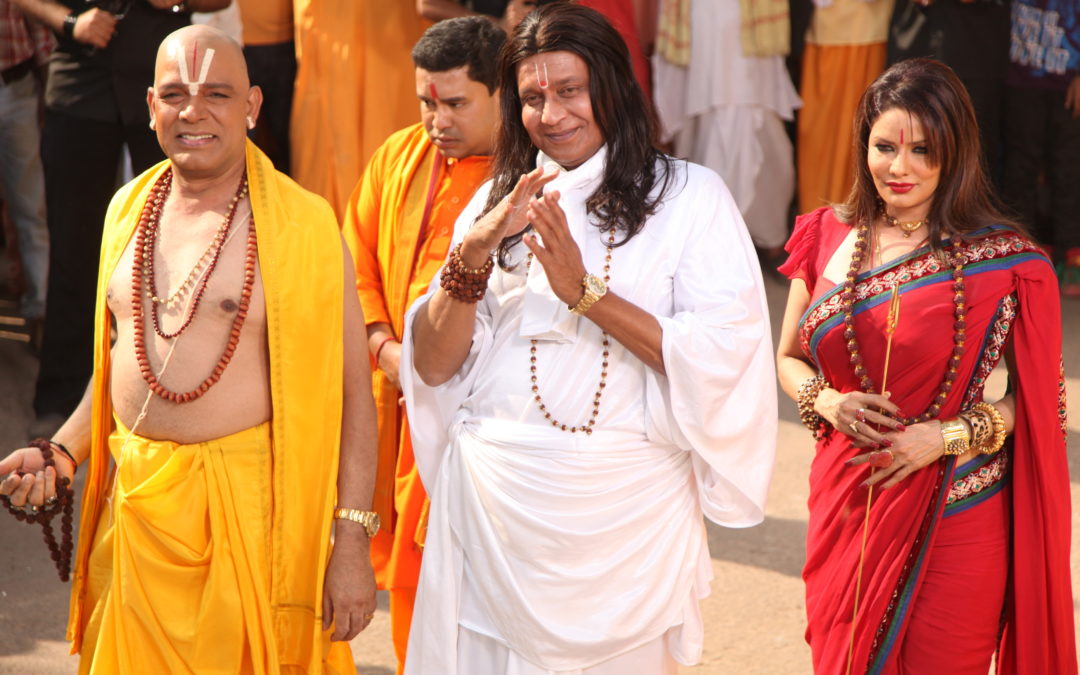 ‘O My God’, is without doubt the most blatantly intelligent film that I have seen this year. I wish that the producers would have spent a little more money on the publicity because it definitely deserves as much as possible. And probably a tax-free status too, in my opinion.

This film treads a very difficult path between religion, atheism and God. And it does so bravely, commenting openly about the society that we live in and the people we put on a pedestal to worship. Yes, the comments are mostly about the Hindu community, with limited visibility to Islam and Christianity but it is  because of the simple nature of main protagonist Kanji Bhai (Paresh Rawal) and not ignorance.

The story of the film is simple. Kanji Bhai, a small businessman does not believe in God and finds no supporters in his family or friends, who all are devout Hindus. After his shop is destroyed in a freak earthquake, he is refused claim by the general insurance company because of incomplete cover against ‘Act of God’ (earthquakes, tsunami, hurricane etc) in his policy. Desperate to recover his money and also frustrated by his family constantly blaming his beliefs for the mishap, he sues religious organisations AKA salesmen of God. In a fantastic explanation he says, a man would call up the Reliance office if his electricity goes out and not call Anil Ambani directly instead!

Against him in this battle are Siddheshwar Maharaj (Govind Namdeo), Gopi Maiyya (Poonam Jhawer) and the group’s founder, Leeladhar (Mithun Chakraborthy). They are later joined by Christian Priest and  Muslim Mullah as well. What follows is a very relevant questioning of the nature of religion in our society, the organised religious groups, necessity of religion, groupism and herd mentality.

Mithun Chakraborthy is beyond brilliant as Leeladhar. As a uncomfortably competent mix of a couple of famous gurus, who I shall not mention, he is creepy and funny at the same time. Watch him dance in front of his devotees and produce a gold watch while doing so and you would know what I am talking about. Paresh Rawal on the other hand, does what he does best. Act and deliver dialogues like they are slaps. PHAT! PHAT! PHAT! Only Rawal could have pulled off the role of Kanji Bhai in this film not just  because he has the confidence of a great actor but also because he can do comedy like no one else. Even in the most serious of situations, Rawal’s dialogue delivery lightens the environment and yet never trivializes the issue. He deserves this film as much as this film deserves him.

Akshay Kumar’s role as God, Krishna to be precise, is of strange relevance in the story.  I would have preferred fewer vanity driven scenes, dedicated to him but thankfully the story never shifts focus from Rawal’s character. Just like in life, though God is present in majority of the film, he surprisingly does very less. Other than a clumsily choreographed bike chase sequence, his presence is just limited to an adviser. My favourite scene remains the last one in the film, where ‘Krishna’ asks Kanji Bhai to throw away his key-chain instead of keeping it as a symbol because then he wouldn’t be any better than the rest of the world. In that one scene, the nature of human beings and their tendency to hold on to object of supposed mysticism becomes absolutely clear. ‘Detachment’ could not have been more effectively explained.

The film belongs to Bhavesh Mandalia and Umesh Shukla, who have written the story. But I would give Umesh Shukla more marks as a writer than a director. There is more that could have been done with it in terms of visual appeal, but with a script as brilliant as this I would compromise on visuals any day.

Ignore the horrific and unnecessary ‘Go Govinda’ song, ignore the badly made posters and promos and ignore the small voice in your head saying it might be a bad film because it has Akshay Kumar. ‘O My God’ is a brave, sharp and entertaining film despite all of that. Take everyone you know, especially your pious folks!