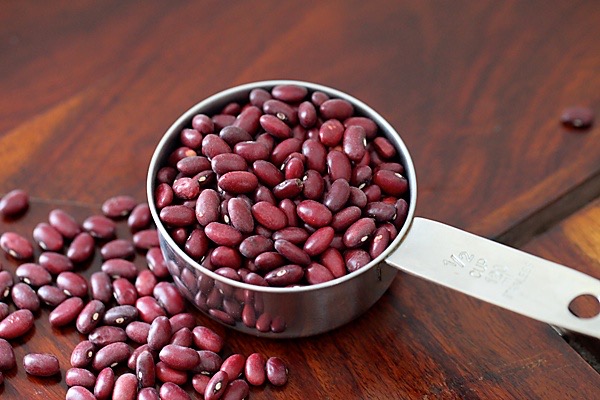 Rajma Chawal, India’s answer to pizza (in terms of popularity) is one of the most mystical food dishes that I have come across in my life. The thing about Rajma chawal is that the one recipe that you love the most is the one that your mother cooks for you. No chef in the world makes a better version. While growing up I had encountered two different recipes of Rajma. The first one was a Kashmiri dish called Gogji Razma, where Rajma cooked with Turnips. Only Kahmiris can appreciate it, I feel. And the other one was my mother’s recipe!
My husband, much before we were married, used to tell me that there are only two places he had liked to have Rajma. At his house and the other, at my house. Flattering my mom was not going to get him anywhere, so I believed that it was the truth. And having had my mother’s version for so long, I had mentally equated his mother’s version on the same level. But three months back, when I finally had them, my mind was filled with questions and wonderment. These things were nothing like what I had imagined them to be. They were nice (it’s really hard to screw the dish) but I did not love them. Instead I sat and wondered how he could equate them to the ones that my mother made.
The problem with me (being a Kashmiri) is that I was brought up on this variant of rajma which are red and small (called badarwahi rajma) while most people use the orange, big beans. The difference is mostly in the texture, which I was so used to. But add to that a kadi patta (common in south Indian cooking) and my taste buds went for a toss. I ask to myself…where is the tomato, the slight flavour of ginger and the coriander?
Unfortunately, Boo was too busy devouring the plateful of curry to understand what was going on in my mind. But it did make me wonder what is it about the dish that makes one’s mind neglect the real taste. Is love really a spice, that comes through in this?
I don’t know the answer. As of now, life has had a lot of changes. I have not had my mother’s rajma chawal for a very long time (she has given up onions).  I follow the recipe that she had taught me and that is the closest I will come to ever recreating that taste in my mouth. My husband still thinks his mother’s and mum’s (earlier version) rajma chawal are the best. “You have a few more year’s to go before you reach that perfection,” he says.
My mum’s recipe of Rajma:
Boiled salted Rajma along with the water it was boiled in
Coriander seeds
Ginger
Cut up onions
Cut up tomatoes
White Jeera or cumin
Chilli powder
Turmeric powder
Method:
In the pressure cooker, heat the oil on a low flame. Add onions till they brown. Add the beat up mixture of coriander seeds, ginger and white cumin. Let it cook. Add tomatoes. Add chilli powder and tumeric powder. Let the mix cook for a while. Add the boiled Rajma beans without the water. Mix and cook for a while. Add the left over water. Put the lid and after 2 whistles take off from the flame.
Serve with rice and love. J
Share karo yaar... tumhe filmon ki kasam