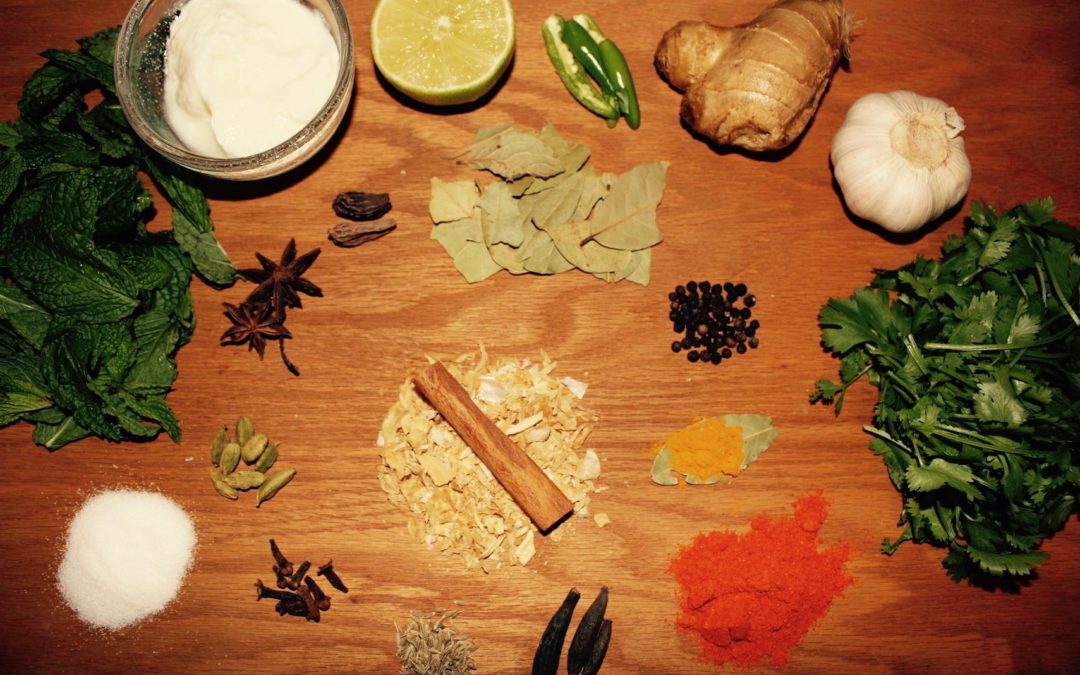 One of the joys of cooking Mughlai food is the myriad of spices and ingredients that you get to test out, which one may not often get to use in daily food. I for instance have unfortunately in store with me a substantial amount of dry spices which till recently were there in the cupboard waiting to be opened. Last week, they finally found a use. For it was the day that I tried my hand at the one thing that is ubiquitous with the word scrumptious – Dum Biryani.
I am one of those people who are not so fond of the use of chicken. Having born in a family of staunch meat eaters (who all have converted to vegetarianism now, including yours truly) I never really found much taste for the mild bird. Why have Chicken, if you can have Mutton, I always ask? Besides the health reasons of course. Nonetheless, I found out that the reason is that it is hard to find Mutton. While my neighbourhood is brimming with Butcher shops selling Chicken, I could hardly locate any selling Goat Meat. So yes, this is a Chicken Dum Biryani recipe.
The few things I have learnt with my experience and you must keep in mind are –