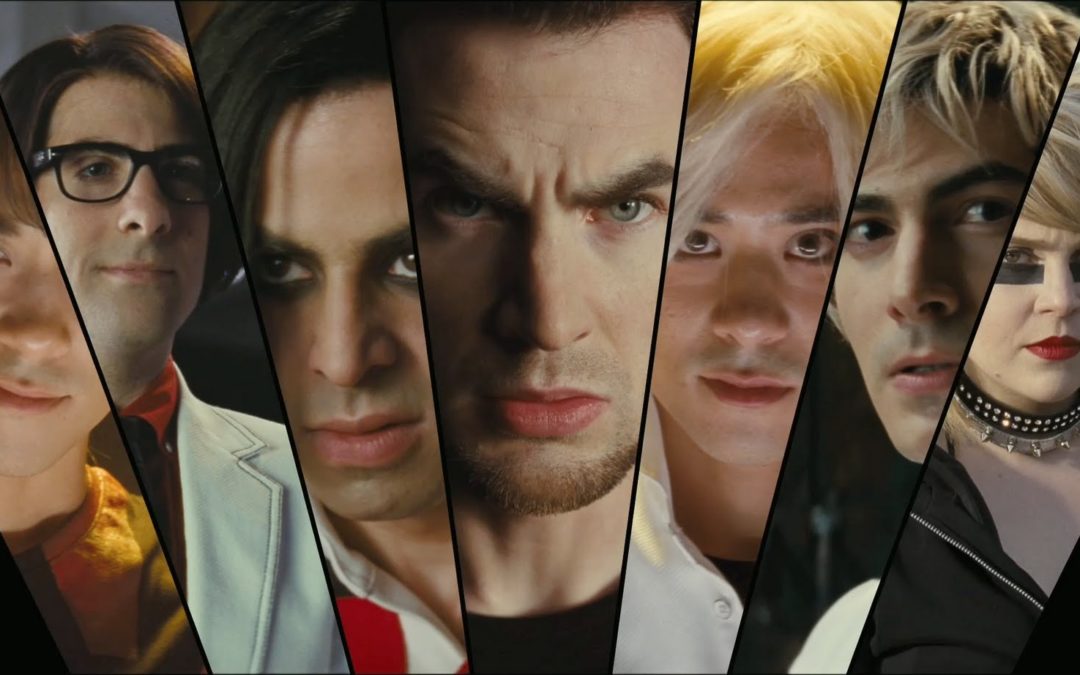 I will be truthful. The first thing that got me interested in Scot pilgrim was Micheal Cera. I don’t know what is it about that dude but somehow the ‘Lost young child’ act he started with in ‘Arrested Development’ and later repeated in ‘Juno’ has been the most entertaining thing I have seen in the past 5 years. Well that and the ‘doped dude’ act by Seth Rogen but then I saw ‘Observe and Report ‘ and changed my mind. Anyhoo…. ‘Scot Pilgrim vs the rest of the world’ is what I would call a complete masala flick. Put the DVD on, sit back and enjoy the ride.

Inspired heavily from the comic book made on Scot Pilgrim, the story for this movie is extremely simple. Scott Pilgrim (Micheal Cera) likes Ramona (Mary Elizabeth Winstead). After one brief date, he suddenly finds out that to be with her he has to fight her seven evil Xs (ex boyfriends/girlfriend). There is a small plot of an underage ex girlfriend and another mega star ex girlfriend too which makes it all too entertaining.

The movie works because of many reasons. Don’t say nonsense like ‘how does he know how to fight’ and ‘why are people flying around’ because the movie derives most of its treatment from video games and comic books, and in that world, everything is possible! It’s a world where Micheal Cera kicks ass. So you basically anything is possible. And it is the treatment is what makes this movie rock. Don’t mistake it to be some groundbreaking indie movie which Juno was (almost) but it is damn entertaining.. Music, romance, video game fights and excellent stunts make this for a very good watch. Not to mention the plot which is completely out there and outrageous! No one ever asks why Scot has to fight the Xs. It’s just taken for granted.

The movie has a dynamic cast of Michael Cera, Mary Elizabeth Winstead, Ellen Wong, Brandon Routh, Alison Pill, Chris Evans, Jason Schwartzman. Micheal Cera, whom one is usually seen in the moping around the girl of his dreams moves away from that act. While his basic demeanour remains the same, his actions differ vastly. He is in a bamd, has had quite a few girlfriends and even displays some awesome fight moves when attacked by Ramona’s Xs. I guess Micheal was an unusual choice for the role but that’s what makes it even more watchable. While he seems all sweet and cute, he basically acts like a jerk with his underage girlfriend who he tagged along with because she totally worshipped him and his band (can’t help it if the chick is naive). But the star of this comic caper is the director Edgar Wright who gels in music, action and absurdity together without looking absurd. The movie could have been a little shorter though.

Check it out. Full Paisa Wasool.