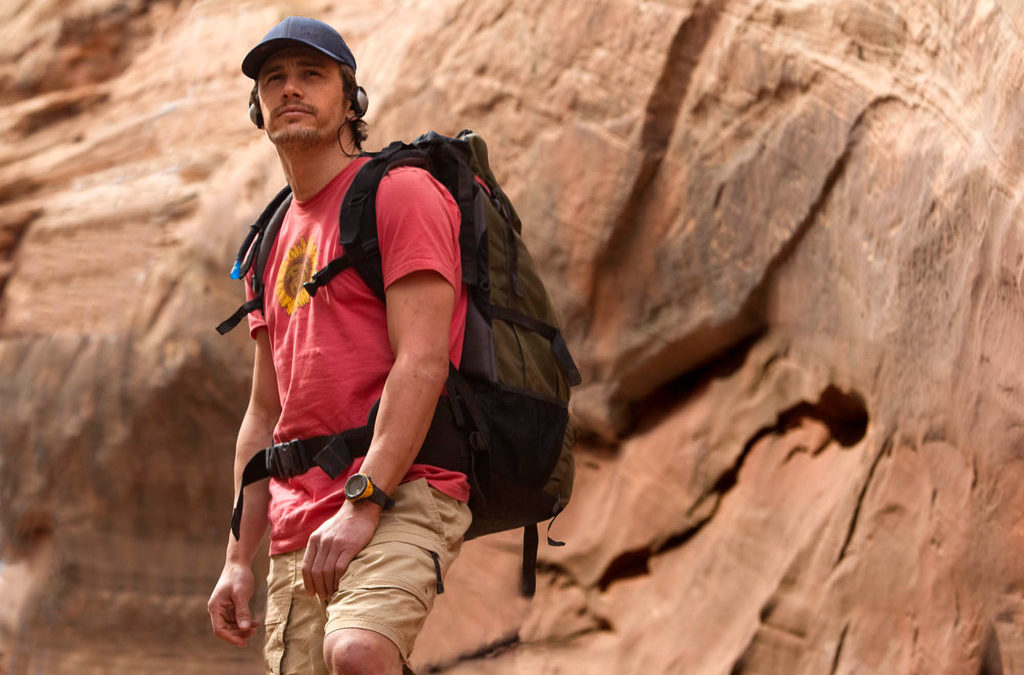 I left out of the theatre holding my right arm with my left hand as if I have never held it before. But there was no doubt left in my mind questioning why Aron Ralston (James Franco) what he did. The film which is inspired from a true story is gripping all the more because of this reason. There is only so much you can do with the story where the audience knows that the lead is going to cut his hand off at the end. And that you have to wait 70 minutes staring at him as he reaches that decision, not to forget that you then have to watch him do that is not easy.

But having said all that, director and writer, Danny Boyle, tells the story of a man and the rock with great conviction and also a bit of humour. Fight for survival is one of the oldest story, being told from the day of Robinson Crusoe to the recent Cast Away. But 127 hours takes it to a different level.
The movie is an engaging watch. Franco, as the lead, plays a sports enthusiast who is stuck in a cave, his hand caught under the rock. This happen in the first 10 minutes of the movie, so the rest of the movie is just a series of attempts to break free. And also keeping track of the drinking water and food to survive. Franco displays everything from charm to indifference to fear, in this one man show.
The music by A R Rahman is easy on the ears and captures the exhilarating ride that the movie is. But the two people who really make this movie better than just average are the director Danny Boyle and the cinematographers Anthony Dod Mantle and Enrique Chediak. The photography is just plain brilliant. From the last bits of water being sucked into Aron’s mouth to the sight of the bone, as he pierces a cheap ‘made in china’ knife into it.  If you are not the kinds to squirm at the sight of blood, then you would enjoy the movie. And the rest can just look at the ground for the 5 minutes.
Share karo yaar... tumhe filmon ki kasam