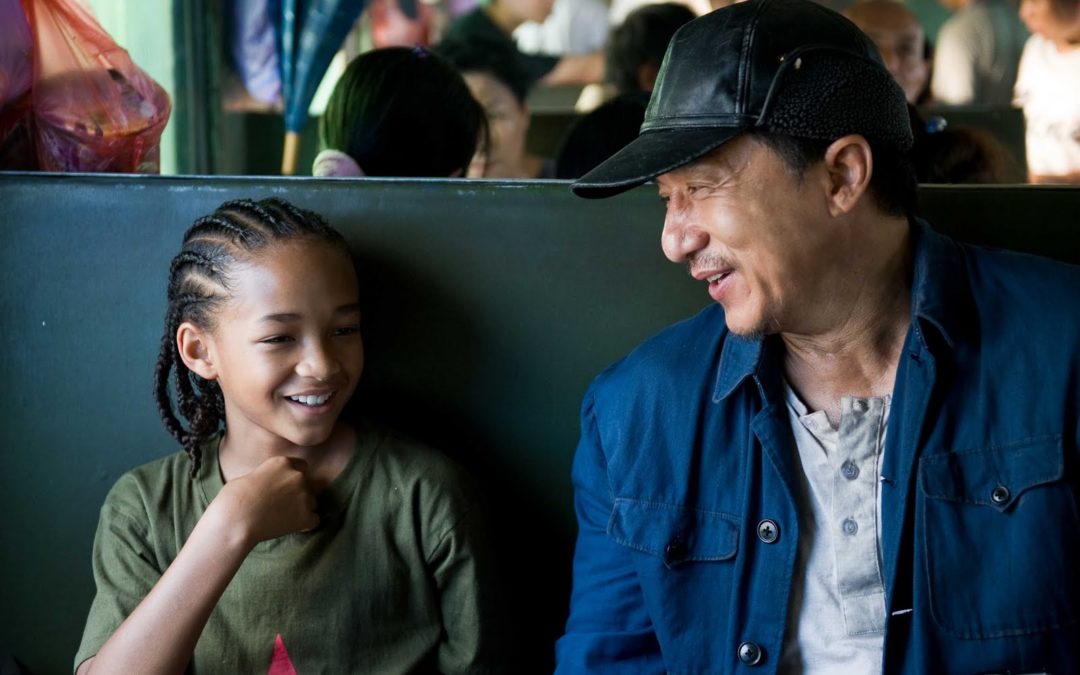 I went it a little skeptical wondering if this is just a launching vehicle of Jaden Smith, preparing him for the stardom that awaits him. And i was not wrong. It is just that, especially since the movie is produced by his parents but and is a remake of the original Karate Kid. But the movie is still entertaining, despite all that.

I wouldn’t really elaborate on the story because almost everyone has seen the old movie. The difference here is that 12-year-old Dre Parker shifts to China when his mother is transferred there. Now here is where Jaden’s impossible to ignore charm (which he may have inherited by Will Smith) comes in play. His almost immediate success with the ladies, or in this case, one particular girl Mei Ying, invites the wrath of a bully and Kung-fu student Cheng. Beaten up in public and humiliated, Parker loses his confidence and constantly lives in fear. He still continues to be friends with Mei but these visits are done secretly to avoid being seen by Cheng. But he is not able to avoid the bullies and a chance encounter with the maintenance man Mr Han (Jackie Chan) who saves him from the bullies leads him into a Kung-fu tournament. And under the training of Han, Dre realises that Kung-fu is not about ‘kicking some ass’ but about being calm.

Jaden Smith is a smaller version of his dad. I tried to ignore the fact but its just so obvious that you can’t. He is like a little version of Will from ‘The prince of Bel-Air’ days. He has got his moves right and if he gets enough roles in the future he would get enough practice to become a good actor. He definitely has got potential and his uber cool act is quite cute. But he is not exactly where Leonardo Di Caprio was as a child actor. He needs to work a little on his depth in emotional scenes. But all in all, a much better actor than a lot of ‘grownups’ in the industry today. Jackie Chan is absolutely brilliant in the movie. And by brilliant I mean that he actually gets a chance to act, for a change. He has only one action scene in the whole movie and it is quite a treat for the eyes. And his grumpy depressed man act is just too funny. Taraji P Henson as Dre’s mom is fun to watch but sometimes you’d wonder if she spends any time with her son.

The background music by James Horner is good and so are the locales. The movie does not have an ‘American production’ feel to it and the great part is that since it is based in China, you don’t see any racist remarks and stupid ‘Chinese’ jokes. The direction is tight and while it mostly depends on the chemistry between Chan and Smith, it works well to make the movie a success. And a special word about the action scenes. Very well choreographed, these are truly a treat. Neither unbelievable which is the case with most movies, or too plain, you really enjoy them to the hilt. I was like ‘hayeeeeeeeeeaaaaaaaaaa’ by the time the movie reached the final tournament. Literally. Watch the movie for two hours of absolutely delightful entertainment.