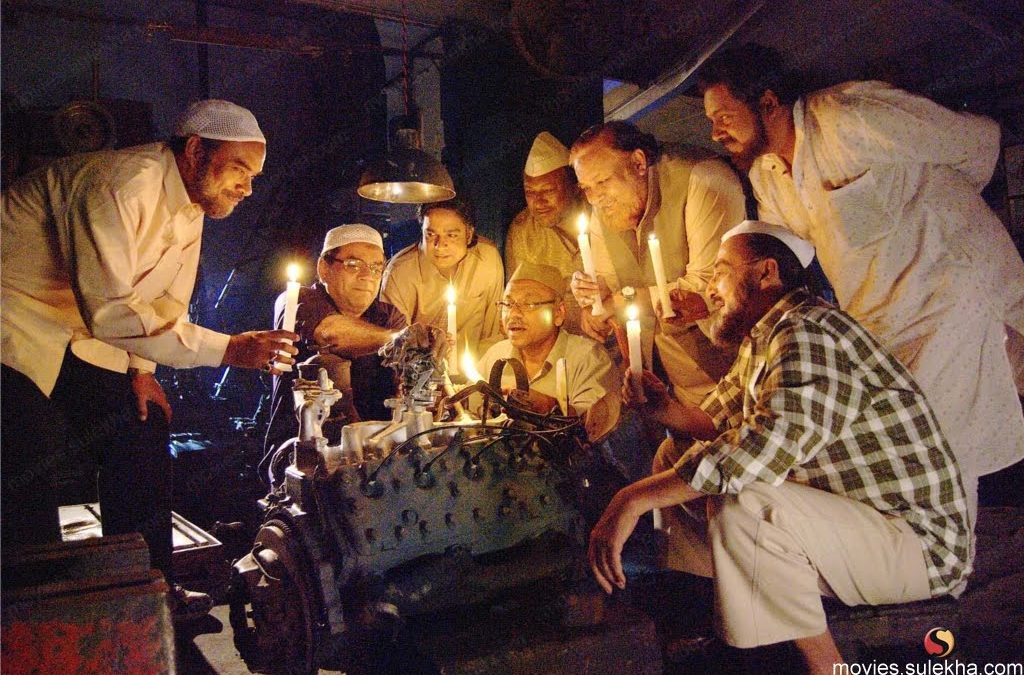 It’s a story of Husmatullah (Paresh Rawal), a Muslim mechanic who is entrusted the job of repairing an old V8 ford engine, not knowing that would be carrying the ashes of Mahatma Gandhi to be immersed in the holy river ‘Sangam’. A bomb explosion and the subsequent arrests of some Muslim people from the locality, leads the community leaders (Om Puri, Pawan Mallhotra) to calls for a workers strike, which puts Hushmat in a dilemma. He is divided between his community and his conscience, telling him to fix the engine so that Gandhi could get the respect that he deserves.

Paresh Rawal gives a genuine performance as a common man who grow from someone scared to speak against authority to a man who stands against his community for his principles. Pavan Mallhotra is brilliant as Maulana Qureshi, and is almost unrecognizable in the role making the performance effortless and original. Om Puri as Mohammad Ali Kasuri, doesn’t have much screen time but does well in the role.
The real hero of the movie is the director and writer, Amit Rai, who captures your attention through this simple plot which talks about patriotism without being overbearing and links Gandhi and his ideology with the main lead through something as simple as his work.

Through the length of the movie, you see Husmat growing more courageous everyday because he believed in what he was doing. And being a peaceful person by nature he avoids violence to prove his point.  In a powerful scene, when his garage keys are forcibly taken away from him by his friends he decides to sit outside the shop telling them that since they have taken it, he would open the shop only when they return it back. That is the point in the movie that we see the people involved as just scared to speak out but not essentially bad.
It’s a moving story of a common man who wants to pay his respects to the Mahatma, knowing that he gave his life for the nation and as much for his community  as for any other. And you see the spirit of Mahatma in him as he sets out on this task. Watch this movie for its genuine idea behind it, which reminds us what Gandhi was all about, and all through without any melodrama.
Share karo yaar... tumhe filmon ki kasam