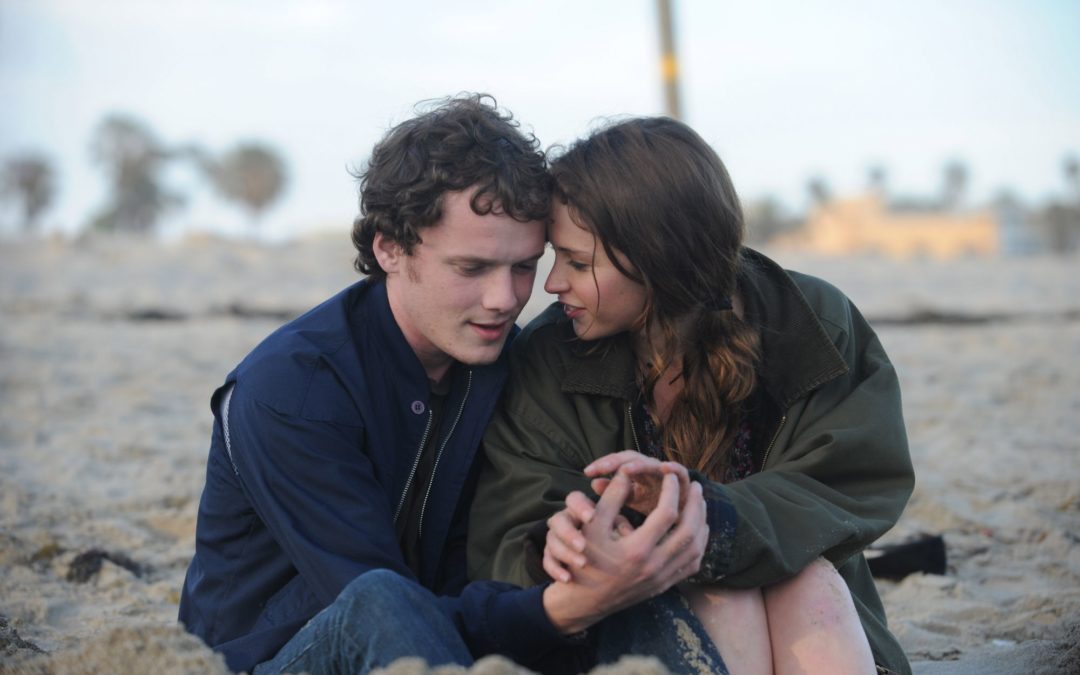 Love is tricky business. Especially the one that comes with separation. Pretending to moving on and the constant need to believe that the feeling and emptiness will vanish, is something that few of us know. Those few would especially love this movie because it would be like you are back in time and can almost feel the pain again.

A small budget film directed by Drake Doremus, Like Crazy, is a detailed examination of a relationship stained by long distance. The film tells the story of Jacob (Anton Yelchin) and Anna (Felicity Jones), college students in Los Angeles who become a couple. Anna is a British exchange student who spends the summer with him, overstaying her student visa and thus is banned from entering the United. The rest of the movie follows the actions of Jacob and Anna, trying both to make things work and also trying to forget the time they had spent together.

The movie was shot with the inexpensive Canon EOS 7D DSLR camera and looks very fresh, following closely with the main leads. This is one of the highlights of the film, because while the connection and chemistry is there between Yelchin and Jones, the feelings and the confusion is enhanced even more during their solo performances. The constant thought of the other person no matter what they may be doing is present is a very subtle but hard-hitting manner.

Somebody once told me that unrequited love is the most romantic love of them all. I am not sure if it is true but I know that it is the most romantic love on screen. There is something magical about two people separated for whatever reasons and after sharing months or years together, lying to each other about their true state. Maybe it is ego, maybe the need to make oneself believe that the separation can not possibly hurt so much but the fact that it’s a sadistic piece of art is no joke.

The movie has a breakthrough performance by Jones. She has the freshness to carry out the role with both the maturity of a young adult and also the helplessness of a woman in love. Yelchin lends her an able hand, with a character which is a very clean balance between sensitive and manly. There are no stereotypes in this movie. You see the male and female leads as raw as one can possibly imagine in terms of feelings because the basic crux of the story is the love they share for each other.

Try to get your hands on this one.