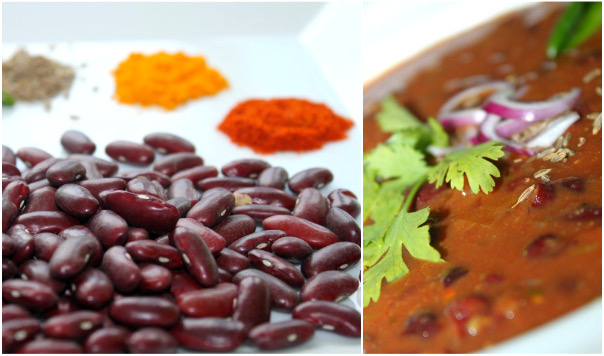 Like most Indians I know, my favourite food is Rajma Chawal/Rajma Paranthas. But as I found out recently, Rajma is also one of those recipes that are hard to replicate. Everyone has their own recipe, but more importantly, even if people follow the same recipe, they then to end up with a different product. Try replicating your mom’s Rajma, and you will know what I am talking about.
Recently a friend of mine told me that while he always follows my Rajma recipe, the result while delicious is just not the same. I am flattered of course, because I have that personal touch that so many call Love. Nonetheless, as an amateur cook, I feel that there must be a way to make what you want. So I have put a recipe that in great detail, points out what needs to be done to make a great plate of Rajma.
For this recipe, I always buy my Rajma from INA market or when I am lucky source it from my mother who gets it from the famous Bhaderwah region (in Jammu). Well, the rest of you may not be as lucky so you can go for any kind of Kidney beans you want. I am also very particular about the Chilli powder that I use, and prefer the Kashmiri chilli powder (preferably non branded ones) which you get at a good spice store.
Ingredients:
Boil Rajma:
Keep the Rajma in water overnight or a minimum of 6 hours till it absorbs the water and expands.
Boil it with fresh water and salt in a pressure cooker for 1 hour.
(High flame till the first whistle and then on low flame for 1 hour)
After it is done, remove the boiled rajma from the stove and keep aside.
Make Spice Mix:
Roast 1 tbsp white cumin (safed jeera), 1 tbsp coriander seeds (dhaniya), 1 clove (laung),
1 Cardamom (elaichi) on a plain pan for 30 seconds on high flame till you smell the aroma.
Grind the spices together into a fine powder in a mortar and pestle or electric grinder.
Preparation: (Rajma is cooked completely on low flame, so you must be patient.)
Share karo yaar... tumhe filmon ki kasam