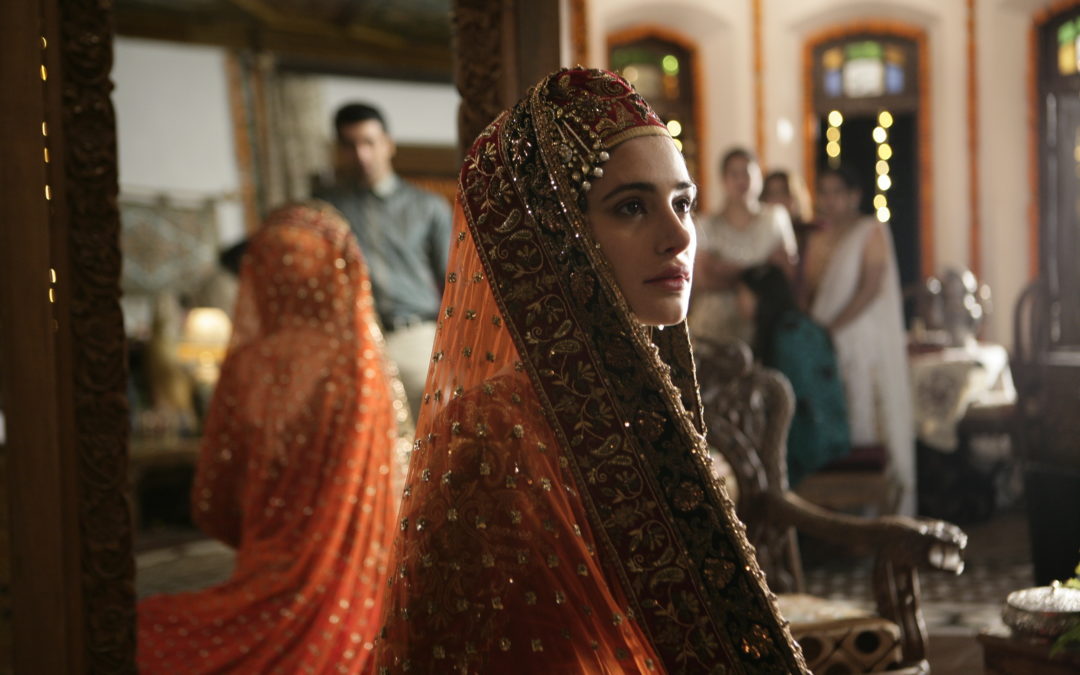 Pretty much everyone in the country has seen this Imtiaz Ali saga of love so there is no point in writing about it now but well bitching about the latest Caucasian chick in town never gets old. What hurts though, is the fact that the movie actually has soul. It has an idea and the director does his best to put it across on the screen. But when the soul of a movie is heartbreak and you have ice princess playing the leading lady, giving out almost no expressions as the guy brooding over her cries in pain, it is really hard for us to care.

The movie’s story is actually not that bad. Janardhan or Jordon (Ranbir Kapoor) is a Pritam Pura ka chokra, the LS crowd of Delhi University. So what if his songs actually have soul? His clothes don’t scream out labels nor does the haircut. So he is laughed at. (God did I hate my days in DU). Heet Kaul (Nargis Fakri) is this high class Kashmiri looker from St Stephen’s (obviously) who is going to get married and settle in Prague after completing graduation. But bechari ladki has a thing for cheap thrills which her peers won’t understand so to get those out of her system she befriends Janardhan. A semi-porn film here, desi daru there and these two are on a roll. The woman eventually marries but yes, obviously after she has fallen in love with Janardhan. The dude goes on to become a pop singer. More romance. More singing. Media interference. Deadly disease. More romance. And then the end.

One of my friends called it a ‘coming of age of Bollywood cinema’. I was like, “Really?…I will watch and let you know.” Now that I have seen it,  I wouldn’t call the movie something as drastic as that but there are elements to it that do try to be that.  One of the integral elements of the movie is the love story and it’s effect on Janardhan.  It’s subtle. And it’s just not the broken heart that propels him into that deep dark place but also the subsequent eviction from his home. And that is what I liked about the movie. It tries hard to not end up being a romantic sob story and puts in a really effort into the transformation of Janardhan into Jordon. But even with all the money and a ‘cool’ hairdo he still speaks the same way he used to. He doesn’t suddenly turn into a sophisticated rock dude. He is the same guy from Delhi University when he opens his mouth.

Ranbir Kapoor breathes life into the role of Janardhan. And personally I feel he never really transforms into Jordan in his heart. He just looks like Jordan on the posters and on the stage and that is one of the most powerful points of his performance. The dialogues are a delight and always remain loyal to the characters. Kumud Mishra is one of these which hold the most important part in the movie as a canteen owner and Jordan’s manager. As the only person that Jordan is close to, he gets the role spot on. He is condescending, insulting, kind and funny at the same time. The movie also stars Aditi Rao Hydari as a journalist Sheena but her role like the salad on a plate of fries. Unnecessary and unimpressive. Piyush Mishra does full justice to his role of the owner of a record company but someday I would like to see the guy play someone different from a sleazy guy with no soul. Yes, there is also Shammi Kapoor in a cameo. (I am not going to comment on that. It’s Shammi Kapoor!)

Now to the most important part. What the hell was Imtiaz Ali thinking when he cast Nargis Fakri? She is beautiful I grant her that but that woman is a disaster of an actress. To give such an integral to role to a wax model not only killed the integrity of the movie for me but also destroyed and insulted the performance given by Ranbir Kapoor. The guy gives it all to this role only to be reciprocated with expressionless pouts mumbling dialogues. And since the dialogues were not even dubbed by her I wonder why the guy couldn’t even get a good dubbing artist to mouth the lines. The female killed the movie for me. Period.

The music is good but personally I feel that it is the lyrics by Irshad Kamil that makes the songs good not the soundtrack by A R Rahman. It’s been some time since he brought out a ground breaking track but what else can you expect when you rewarded with an Academy Award for mediocrity. ‘Kun Faya Kun’ is the best track and shot beautifully. And may I say I don’t like ‘Sada Haq’. What’s with the inventory being sold on the song? The movie is shot in some beautiful places. Like I said while watching, “Looks like they are sitting in front of a calendar.” Anil Mehta brings out the beauty of Kashmir with the same intensity as that of Prague and the movie has an international appeal when it comes to its look and feel.

All in all, the movie is worth one watch. If not for the effort the director and Kapoor then to just understand what a horrible female lead can do to a great script.