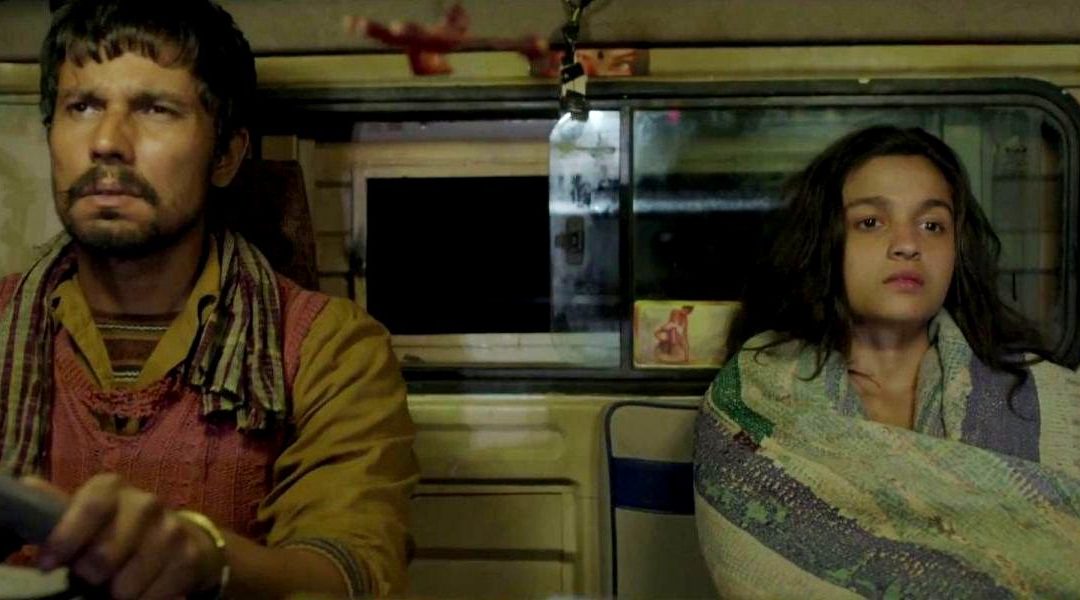 To be truthful, i am not one of those people who are completely in love with Imtiaz Ali’s body of work. His films about troubled love stories are good, but with the exception to ‘Jab We Met’, he has almost always chosen to give greatly demanding roles to actors who can not possibly deal with them. This is especially true of his last film and also where his latest film ‘Highway’ falters. I will in one of the coming paragraphs dedicate my wrath towards the director for choosing to give the intensely dramatic and damaged role of Vera to the imbicle called Alia Bhatt, who is reminds me of Kareena Kapoor in terms of spunk but devoid of talent, the little that the actress has. But despite this fact, i would also ask you to watch the film because except for this one important aspect, I completely loved it and what it tried to say.
The only thing that actually made me watch the film was the fact that i love Randeep Hooda, the insanely underrated as well as freakishly good looking man. Yes. I said those words. Just deal with it. He plays a Gujjar man, Mahabir, in the film who for certain reasons travells with Vera for the entire length of the film. I wouldn’t want to reveal the reasons less it spoils the film for those who are planning to watch it. Hooda’s Mahabir is brooding, angry and yet so vunrelable in certain moments that i wished, time and again that I could block his companion out completely from my line of sight. It does not hurt that he also gives a great performance, complete with the diction, dialect and body language of the man who he is supposed to play. I would be surprised if men would be able to come out of the theatre without a man-crush on this actor.
Now that i have gotten considerable amount of my feelings for Mr Hooda out of my way, i want to focus on the other aspects. Undeniably, ‘Highway’ is a beautifully shot film. The frames, especially towards the end made me hate my life and the concrete city that i live in. It will do the same for everyone else too. But beyond, the beauty, i loved the story. At its core Highway is a wonderfully fresh script. It takes three unlikely characters and puts them together in a strange circumstance. It also in its own way, speaks of the great divide between the insanely wealthy and terribly poor in our country. It is in many ways, the rich girl falls in love with the poor man, story which we have been watching on screen for years but it makes you look at the situations much more realistically and less romantically. It also, deals with a very important and yet rarely talked about issue, in our society and i am happy that it was the part of the script not on a superficial level but the protagoinst’s actions resonated with her past experiences. Imtiaz Ali has written and directed a wonderfully nuanced love story about all things wrong and impossible. There is one scene in the film, where Vera and Mahavir, sit at the top of a bus together while it passes through a road through the mountains of Himachal. I can not express what i felt at that moment, but it was possibly jealousy. Because to be in love and have it returned back and share a moment so impossibly beautiful, visually and emotionally, it will make your heart stop if only for a moment. It is also, something that can not possibly last.
All these reasons that i love the film are the reasons i dislike the fact that i had to watch Alia Bhatt on screen. Yes, she is beautiful with great visual screen presence and the freshness of the dew drop. But she can not act to save her live. She is bad at it all, comedy, tradegy, drama, everything. Yes, she is better than Nargis Fakri, but that isn’t saying much. I hate the fact that time and again, I have to watch good films with good actors, who are not given the respect of acting alongside someone who is actually going to respond to their emotions even marginally. When beautiful films likes these are disrespected the their own makers by choosing beauty over talent, i suddenly hate and love this world at the same time.
Share karo yaar... tumhe filmon ki kasam