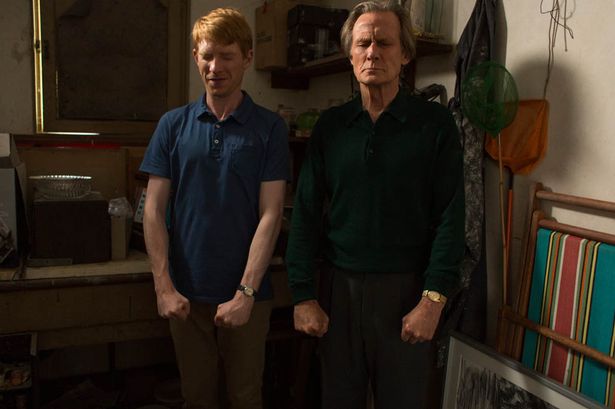 Yes, it’s a film by Richard Curtis. But honestly speaking a romantic comedy about time travel was too great a concept for me to be optimistic about this film. I was almost completely sure that it would have a few great moments followed by many dull ones. Thankfully I was wrong.
‘About Time’ is one of the strangest romantic comedy I have seen in the recent time. One of its greatest assets is that it goes beyond the romantic aspect of a rom-com. It does however romanticise time, the plain old time that all of us have with everyone that we have it with and wish that one thing – what if?
The film revolves around Tim Lake (Domhnall Gleeson) who at his 21st birthday is informed by his father  (Bill Nighy) that he, just like all the men in the family have the ability to travel back in time. This information also, of course comes a few guidelines to use this gift wisely. The rest of the film is an elaborate sequence of events following Tim through years as he struggles with life, finding love (Rachel McAdams), dealing with boredom and issues just as everyone does. But it is a film about time travel in the end. There are of course, many ploys where time travel is used to a comedic purpose which is what I thought would be the be all end all of this film. But writer-director Curtis, navigates these dangerous waters cleverly and end up with a film that is hard to dislike.
The film’s main leads are Domhnall Gleeson, Rachel McAdams and Bill Nighy, along with a bunch of delightful actors who together create Tim’s world. McAdams is her usual charming self. But it is Nighy and Gleeson who give the real winning performances as the father-son duo. They are funny, awkward, charming and in the end quite heart-breaking.
Something that I had already made my peace with before i had entered the movie theatre was that I would not obsess about the scientific inaccuracies of the entire concept of Time-travel and all the mistakes that the film might have because of the main premise. The film is more enjoyable like that, and though one might argue that every film becomes more enjoyable if I stop thinking I would disagree. Some films are beyond just the concept that they start with. About Time successfully manages to do that with a sweet, heart-warming quality, which are prevalent in all of Curtis’s films. This film is not as mainstream as ‘Four Weddings and a Funeral’ or ‘Notting Hill’ but it does deserve a look, especially if you are looking to spend a nice raining afternoon at the films.
Share karo yaar... tumhe filmon ki kasam