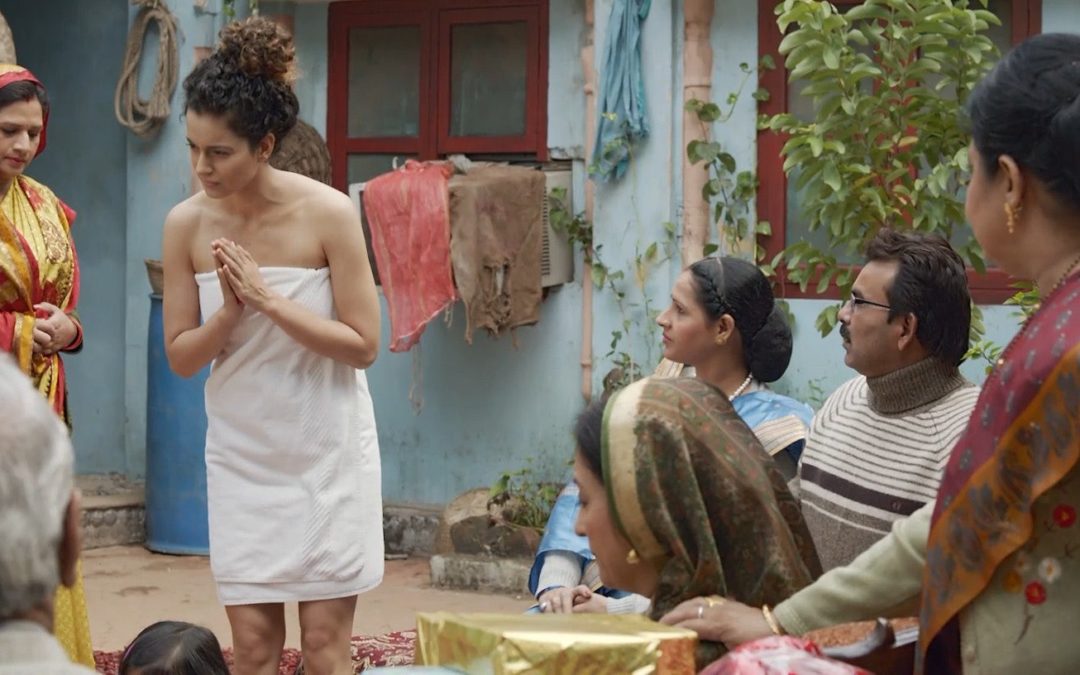 Rarely ever do sequels ever reach the quality of the original film, a fact that is true for cinema everywhere. But with ‘Tanu Weds Manu Returns’, Anand L Rai gives us everything better than the first. We finally get the intensely damaged lead pair in all their glory. We get more laughs and more Deepak Dobriyal which is always a good thing. We get Mohammed Zeeshan Ayyub in a role that will put all the ‘Chipku heart broken confused lover’ roles aside. And we get more Kangana Ranaut in frankly the best double role I have seen in Hindi cinema. Not for a moment will you see a single similarity in the way she plays the two characters of Datto and Tanu. Everything is better, except for the music…Nothing comes even close to Sadi Gali and Rangrez.
In ‘Tanu weds Manu Returns’ there is no illusion of a romance, which might have kept the first film from exploring the unlikable eccentricities and erratic nature of its heroine. But in this film, we have Tanu in all her ‘Batmanish’ glory in Kanpur leaving behind a trail of clutter and destruction which she obviously does not want to deal with. The woman-child still has no aspirations of growing up and her husband has forgotten the charm in her juvenile behaviour that he once thought he loved. Manu, on the other hand is as usual a lost puppy, indecisive and restrained, no more the strong determined man he turned for 2 minutes on his wedding day. Eventually, thrills aside, these two are what they are and after the dust of euphoria is settled they go on to become the same people again. Fickle and monotonous … And now they return to our screens, heartbroken, angry and feeling like losers because their love did not last.
But these two aside, the main lead of the film is without a doubt Kusum aka Datto, the Haryanvi Jat State level athlete. She is the feminist answer to Tanu’s fake modernism, a true heroine, something that we don’t usually comes across. The wonderful thing about this film is that, the writer Himanshu Sharma explores all that is Datto aside from her beauty. She is more than just her face and clothes and as the audience you will only root for her in this messy love triangle. There are moments, when she says the same words that Tanu had spoke many a times, but she follows it up with actions that are meant to not hurt but show strength of character. Her face to face with Tanu, is a testament of everything that is wrong with not just Tanu but also how we perceive women in our culture. Truly if there is anything that has come out of this film, it is the emergence of a female character that no one ever bothers writing. And with Kangana, she truly found the actor who should have played her.
Banno tera swagger lage sexy!
Share karo yaar... tumhe filmon ki kasam