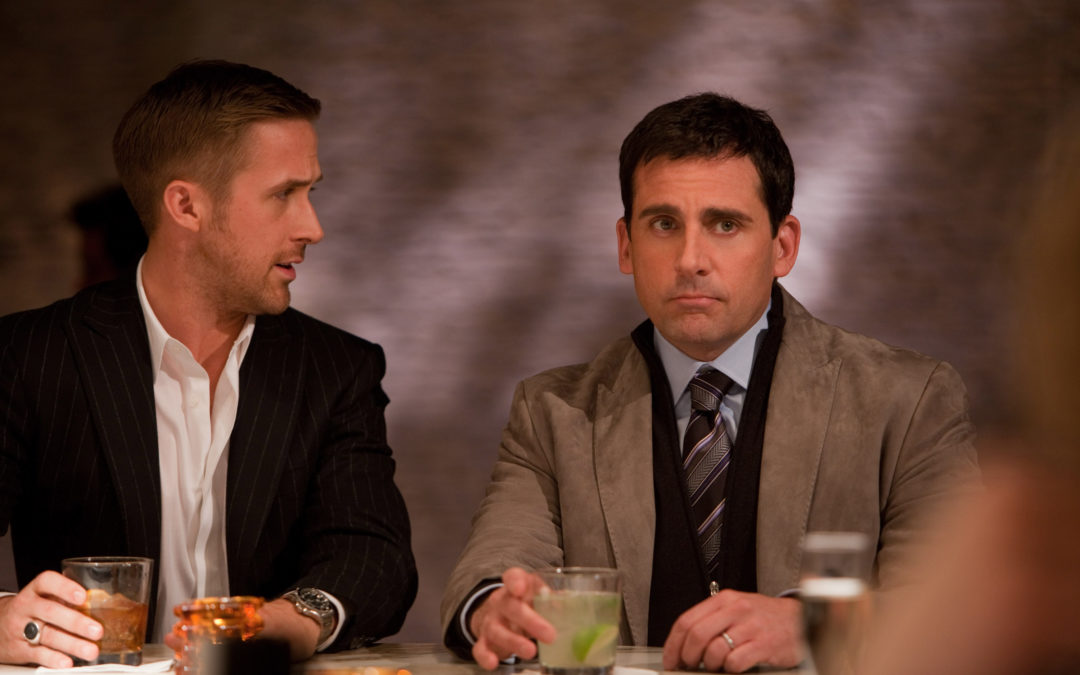 I am writing this purely because that i feel not enough people have seen this delightful movie. I wish though, that the marketing team of the movie had put in a little more effort to come up with a name for the movie. ‘Crazy, stupid Love’, though accurate, sounds cliché and makes you think of this one as one of those stupid romantic comedies that are sold on the sheer power of beautiful clothes and faces of the leading stars. This movie couldn’t be more different.
One of the most refreshing qualities of the movie is the parallel storylines which play out (a technique seen many a times) but interestingly in this one there is only one integral story and the rest are just played out around it. Gives the character of Cal Weaver, (Steve Carell) and the relationship he shares with his wife Emily (Julianne Moore) the time it requires to play out. Though the movie starts off with Emily asking Cal for a divorce and admitting to infidelity on her part, the love between the two never really dies away. The movie is not just some fluffy comedy where one person cheats and the other person gets a makeover. Yes, there is a makeover, but there is also that moment after that makeover that Caladmits to his wife that he misses her. That one moment…a fraction of a second, they make the audience forget that they are looking at the fragments of a broken marriage. Like Calsays, “I have loved my wife, even when I have hated her. Only married people will get that.”
But this movie is not just about Cal and Emily. You see, Jacob (Ryan Gosling), a suave player who volunteers to coach Cal in the game of seduction. Gosling, known more for his powerful, serious performances is seriously delightful in this role. He is smooth like butter and looks like he has been freaking photo-shopped (as Emily Stone puts it). Hannah (Stone) plays a law school graduate who has lived a fairly predictable and safe life. An early encounter with Jacob hints that she might end up with him, but I should give full credit to the directors to only pursue that matter when it was least expected. After the interval.
The third angle is of Cal and Emily’s son, Robbie (Jonah Bobo), who has a crush on his baby sitter, Jessica (Analeigh Tipton), who in turn has a crush on Cal. This story is thrown at the audience, at intervals, making us look at another side to Love.
Directed by Glenn Ficarra and John Requa, this movie is a surprise both in terms of its treatment and also how the stories are brought together in the end. I am telling you with full genuineness that had it been any other movie, the pre-climax would have been predictable but this one just sneaks on your from nowhere.
On the performance front, everyone is on the money. Steve Carell, who has played a loveable loser in the past, bring an integrity to his older man character which is usually absent in such movies. And the great thing is that the script allows him to do that. Mooredoesn’t have much screen time, but ably supports Carell in the scene they have together. I think I have already mentioned what a joy it is to watch Gosling in action. He hasn’t done many romantic comedies…but this one surely makes us look at the actor in a new light. A special mention to Jonah Bobo, for making a creepy young stalker look loveable!
This movie is a must watch for everyone. Not just for women. For everyone.
Share karo yaar... tumhe filmon ki kasam