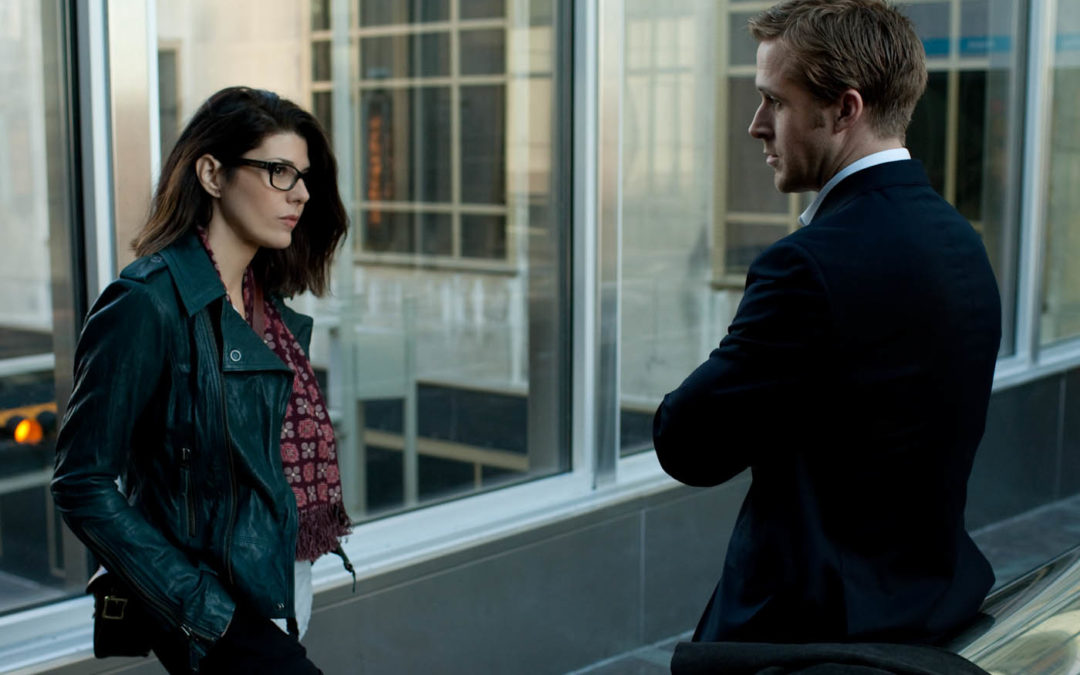 I watched this movie yesterday and I was regretting the fact that I chose both The Dirty Picture and Tintin at earlier instances. Clooney’s fourth directorial venture, this political drama is one intense watch. Written by Clooney, along with Grant Heslov and Beau Willimon the tight script is one of the most powerful things about the movie. As you move into the movie, you start out with hope and optimism but like a delicate chemical reaction, one element disrupts everything.

While the screenplay and actors remain an integral part of any project, this ones rides on these two aspects very strong. The most important part of the story remains Morris’s campaign for President, but it is Meyers whose story we see being played out. A extremely ambitious man who wants Morris in the White House, Meyers is what you see as an idealist. And this is extremely clear when he says that he would fight for things he believes in. A cause is what he needs. He is clearly the brains behind the campaign and on the outside Morris seems everything that Meyers believes in. But things change with a one simple mistake. This is not one of those movies that just talk about some dirty secret that a politician has which threatens to disrupt his life. It is a very complicated story of power and how in desperate situations, ideals are the first thing that are disposed off.

The movie has a fantastic star-cast. Ryan Gosling, who has been on a rollercoaster ride this year with ‘Drive’ and ‘Crazy Stupid Love’ delivers with this movie too. His performance as Stephen Meyers, is that of strength and combination of charm and ambition. And he plays it with conviction. Philip Seymour Hoffman give a well rounded performance, which is the backbone of the drama. He plays Paul with intelligence and shrewdness and it’s his one-on-one moments with Gosling that are a pleasure to watch. The third guy in the mix is Paul Giamatti. An important player in the game, his performance as the opposition’s campaign manager is very very powerful. Marisa Tomei has a small role as a reporter from New York Times and she is always a treat to watch. Of course we also have Mr Clooney as Morris but he more of side character who we only see more of at the fag end. While Clooney may not be visible as an actor in this movie, you have his imprint all over as the writer-director of the movie. And the fact that he never once in the movie diverts away from the central character to give more screen time to himself is a great aspect. The movie sells more on his name than Gosling’s but it is Gosling who plays the lead and that aspect has never been compromised on. A few more actor/directors could take a cue from that.

Outside the world of politics, the common man wonders as to why is it that it is so difficult for our leaders to do the right thing. There must be at least a couple of those who don’t go into that world just to fill their pockets. But still things remain the same. And we keep asking why? ‘Ides of March’ is a glimpse into the why.