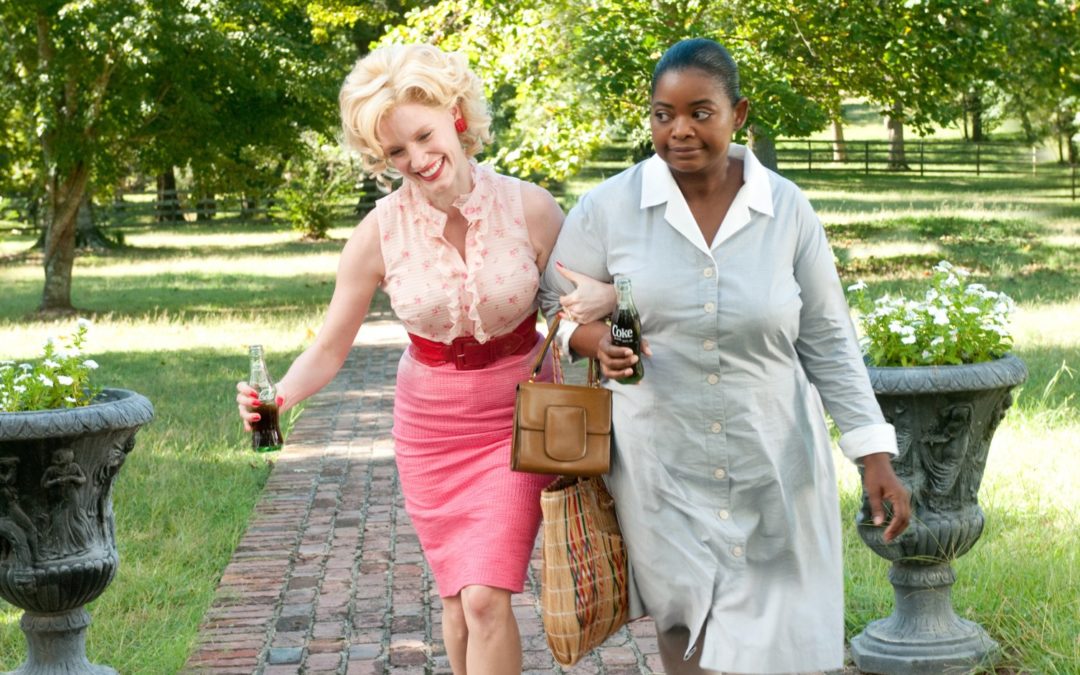 While watching this movie I asked the person next to me, ‘Why is it that if God created the world, the early years are the worst?’. I got no answer, not that I actually wanted one but the movie made me think. ‘The Help’ is one of those few movies that will make you think. Unfortunately, when it comes to movies if you put the word ‘think’ in the review it is automatically thought of as boring and slow. After all we live in a world where movies are tagged ‘keep brains at home entertainment’. But sometimes it is good to keep your brain and your heart in place while watching a story being told. This is one of those movies.

The Help is an adaptation of Kathryn Stockett’s novel of the same name. The film is about a young white woman, Eugenia ‘Skeeter’ Phelan (Emma Stone), and her relationship with two black maids during Civil Rights era America in the early 1960s. Skeeter who aims to become a journalist decides to write a controversial book from the point of view of the maids exposing the racism they are face working for white families. Aibileen Clark (Viola Davis) and Minny Jackson (Octavia Spencer) are the two maids who speak to Skeeter and later convince others to do the same.

What I really liked about the movie was the multiple storylines which are so finely integrated together to tell the story. The movie, which is primarily about discrimination, talks not just about racism but also standards set by a ‘moral society’ which is raised by the people they discriminate against. This is brought up in the fact that the maids in the movie raise the children of people who they work for, who eventually grow up to hire them. This fact provides an interesting perspective to the story of Skeeter who herself faces an emotional turmoil, as she misses her maid, Constantine, who brought her up. The movie comments on social isolation and also kindness, when it is least expected making for some of the moving scene of the movie. This is brought forth in the story of Celia Foote (Jessica Chastain), a wealthy social outcast who finds help in Minny Jackson, who herself is refused work by everyone in the town. This relationship grows slowly throughout the movie and is an interesting watch because you see two women helping each other, both of whom are victims of the same moral standard.

The movie’s theme is quite serious but that said, it is a very interesting watch. And it had its funny moments and its share of toilet humour (literally), which is refreshing and keeps your interest alive. While Viola Davis provides the strong emotional element to the movie, it is the performance by Octavia Spencer that takes the cake for me. She is energetic and funny and a joy to watch. Emma Stone, who plays Skeeter, is quite charming herself. She tries hard to not be the young smartmouth she has played in her recent movies. But as Skeeter she is a smartmouth so you sometimes see her as the girl she played in Easy A or Crazy, Stupid, Love, only back in the 60s. Nonetheless she is wonderful to watch on screen and has that quirky, infectious quality that would make her one of the actresses to watch out for.

The movie has some very fine moments, touching as well as funny and those are the signs of a good drama. I have not read the book that it was inspired so I am not to judge how well it was adapted but independently seen, this movie does justice to the idea that was behind it. Take out the time to watch the movie. It will not disappoint.