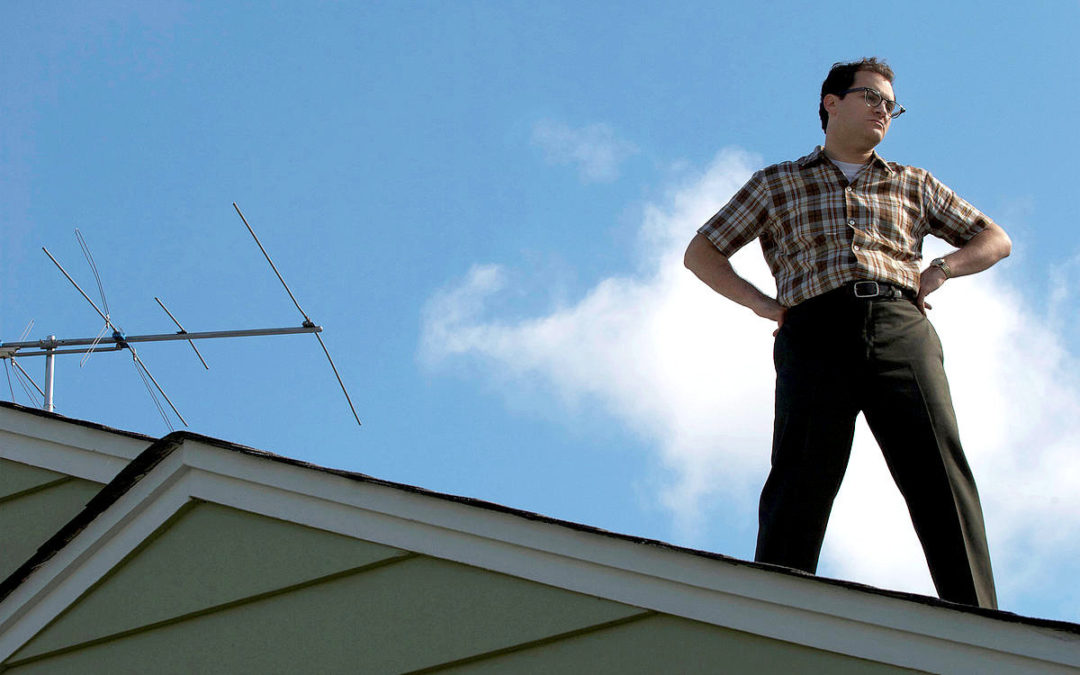 This one is one of the funniest movies that I have come across in the past year. I never really laughed during the entire run but it’s damn funny. More so because it somehow reminds you of how life fucks you all over and you can never do a thing about it.
The movie tells the story of Larry Gopnik (Michael Stuhlbarg) and how one fine day his entire life falls apart in front of him. And it doesn’t happen in the form of a hurrican that just destroys everything in one go. It happens how it usually does…in a slow painful fashion. He finds out that his wife Judith is leaving him for an acquaintance, Sy Ableman. Soon he is thrown out of his own house and moves out to a motel with his brother Arthur (Richard Kind) who had been living with the family for some time. The son calls him only when he needs the satellite dish fixed and the daughter barely cares about whatever is happening. And at the middle of all this, he has a problem with a Korean student in his class who tries to bribe him to get a passing grade. A lot more shit happens but I am not going to play spoiler here.
And all the while, Larry is just trying to make sense of his life through God. Trying to figure out if everything that is happening to him has a reason. Why is it that he is paying for things he doesn’t want or even buy? Why is he living in a motel when it’s his wife who has been cheating on him and why in the name of God is he being threatened to be sued if he doesn’t actually take the bribe. Larry’s life makes no sense to him. There are too many questions and no answers. Not even with all the Rabbis he meets. And the brilliance of the movie lies in the fact that such is life. There are sometimes only questions and you have forget about them and try to sleep at night.
The movie is directed by Joel & Ethan Coen who have taken a lot of inspiration from their own lives to for this Jewish black comedy. I didn’t get the meaning of about 20 percent of the words being spoken but you don’t really have to understand words to understand desperation of a man. Michael Stuhlbarg plays Larry with such an ease that at one point you want to scream at the guy to pick himself up and just scream. The guy is a nice, mild man who is taken for granted by everyone around him, including his own children. Another jem is Richard Kind who plays his loser, gambling brother. You look at him and Larry doesn’t seem so pathetic anymore. And Fred Melamed, who plays Sy … is just brilliant. The most funny scenes in the movie are those between him and Larry where he just rips Larry’s life apart with such charm that you can’t help but laugh.
It’s good to see the Coen brothers back in form after the disastrous Burn after reading. Watch the movie as soon as you can lay your hands on it.
Share karo yaar... tumhe filmon ki kasam