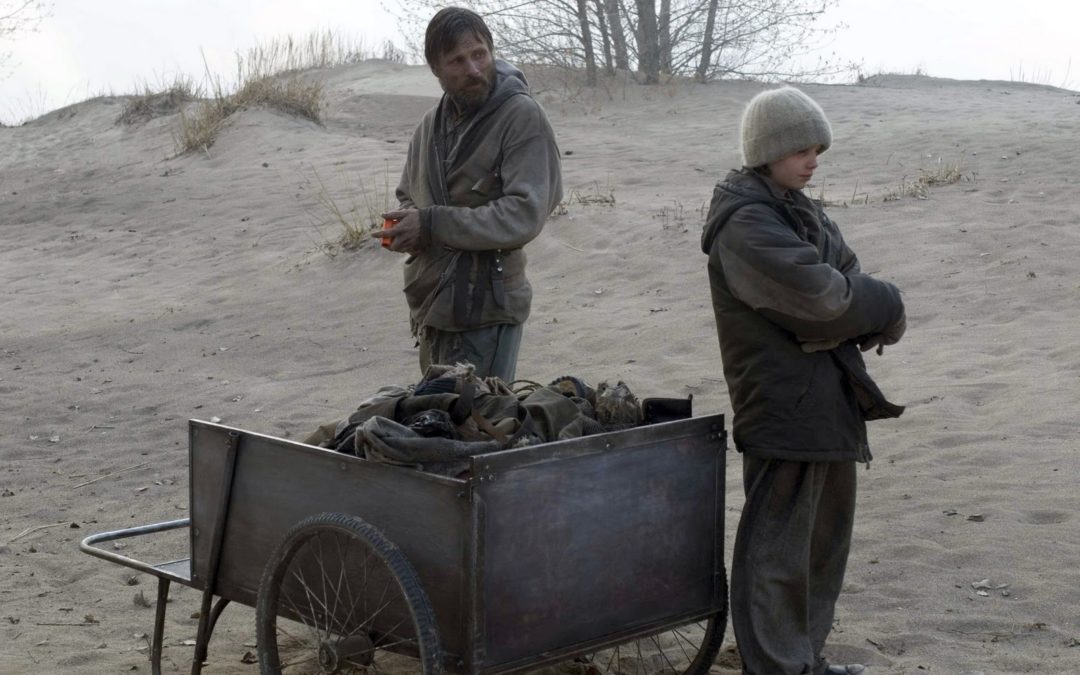 The Road, has been by far the most depressing movie I have seen. It took me quite a few months to actually get through this entire post-apocalyptic drama. Reasons? Well this one is not a happy ‘We will save the humanity’ nonsense that most of the movies about the world coming to an end have. It is stark real, dark and will show you a part of human beings that you might not even know they had.

The movies follows the life of a father (Viggo Mortensen) and his young son (Kodi Smit-McPhee) while they struggle to survive a number of years after an unspecified, devastating cataclysm  destroys civilization, killed most plant and animal life and obscured the sun. Through the entire movie they travel, looking for food and shelter and trying to hide from the rest of the humans who had turned into cannibals. The glimpse of the real Earth is limited to occasional thoughts about the man’s wife (Charlize Theron), who committed suicide to save herself from Cannibals. The most heart wrenching scene in the movie is when the man has a flashback of the night before his wife is going to kill herself. Sitting across the table she tells her husband of her decision and tells him that it would be best if he lets her shoot their son too before the Cannibals attack their family.

The movie has moments which questions humanity and what is it that it means. The man who is left to fight for his life and his son’s goes to any length to protect themselves while the son, who is young still has this intrinsic nobility and tries to be helpful to the two people they meet on the road. His heart still has feelings of genuine love and sympathy for others which deludes his father.

The movie which is based on the Pulitzer Prize-winning 2006 novel of the same name by Cormac McCarthy, is not an easy watch. It is as sad and dark as the colour palette of the screen which shows the remains of the planet and human race. And while the actors which includes Robert Duvall in a short appearance, have not too much to do, they make everything seem as real as possible. The most gut wrenching is the performance by Kodi Smit, who has the innocence of youth in him while surrounded by a world which is much more than just cruel. The movie is excellently directed by John Hillcoat and tells a story which is often ignored.
Watch it. It will move you the very core.