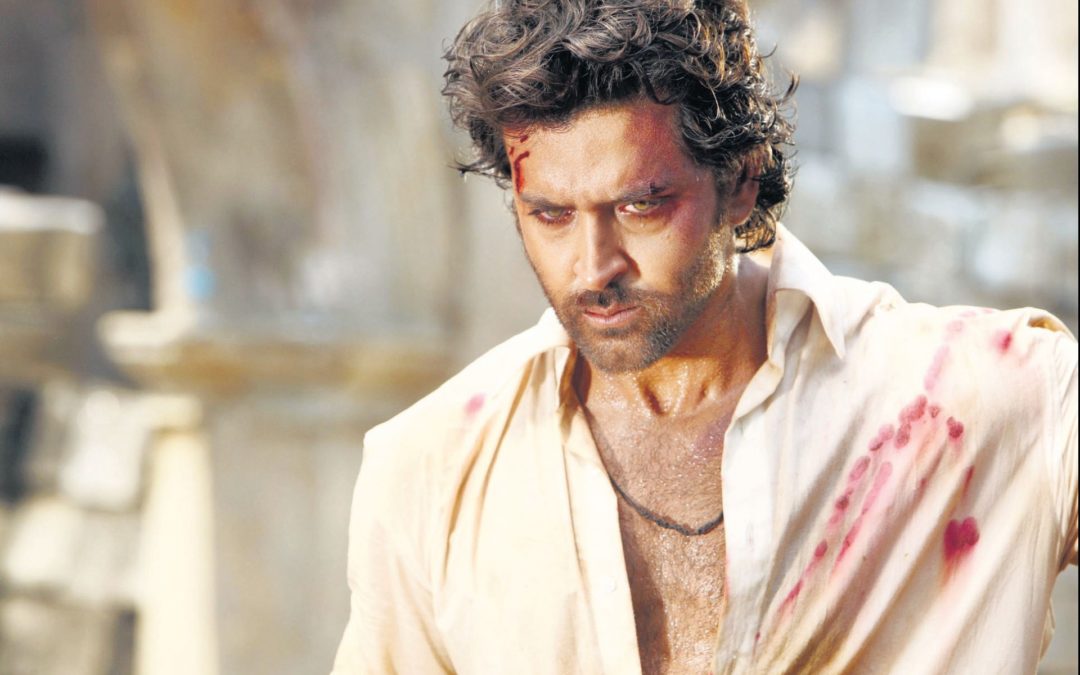 I must be one the last ones to watch the new ‘Agneepath’, especially after all the hoopla surrounding it. If my brother asks me whether I watched a Hindi movie twice, I do get curious. So when I finally watched the movie yesterday, I was sadly more excited by the nail buffer I had bought 20 minutes ago than what I was seeing on screen.

It is one of those unfortunate movies that actually have a great screenplay which just doesn’t translate on screen. The first half an hour where the history of Vijay Deenanath Chauhan is established is more artistic shoosha with the black n white, ‘Banyan tree’ getting more attention than the young Viju’s trauma. The child actor playing Vijay and Chetan Pandit (Deenanath Chauhan) both don’t look convincing enough as the residents of a small place such as Mandwa.

The movie picks up the pace when the story reaches Mumbai. The cut-throat ruthlessness with which Vijay rises up the ladder is the triumph of the movie but of course since this is a Hindi movie, it is also plagued by the giggling female Kali (Priyanka Chopra) and a couple of completely useless songs. Rishi Kapoor’s much applauded work as Rauf Lala is good and incorporates the larger-than-life persona that he otherwise portrays, but only being on the good side.

But what about Mr Vijay Deenanath Chauhan, you may ask? Hrithik is good in the role but does he take on the role head on? No. This Vijay is a mainstream hero who is just as bad as the audience can tolerate him to be. He will run a drug chain but not prostitution. He will kill people but not for money. He will get his sister kidnapped and almost sold but still expect a pat on the back from his mother. And it does not help that Hrithik looks like he is going to burst into tears every time he encounters Kanch. Dude… be macho, you are the hero for God’s sake. As one of my friend said ‘He is just trying to keep up with everything around him’. Sanjay Dutt’s Kancha on the other hand is a combination of Voldermort and Mogambo and is quite frightening but in ways it acts detrimental to the movie, especially to the end where the older Vijay (Hrithik Roshan) kills him. It looked so forced and to be honest very fake. Harry Potter killing the Basilisk looked more convincing.

Agneepath belongs completely to the writers Ila Dutta Bedi and Karan Malhotra who have managed to take the original script and make something new and interesting out of it. But where the movie takes a hit is the direction by Karan Malhotra. Malhotra tries to do a Don (new) to this one, making it slick, cutting out irritating love angles of Nariyal Pani walas and giving the audience a scarier Kancha. But in a story or revenge which spans over 15 years it is power of the mind that sustains the tension not the muscle of the actors.

If you have seen the original then don’t bother watching this one. It is better only on the account of better clothes and slick action. Look at the last scene with Vijay’s shirt torn in just the right amount to show the bulging biceps and just the right amount of blood to make him look tragically beautiful, and you would know what I am talking about.