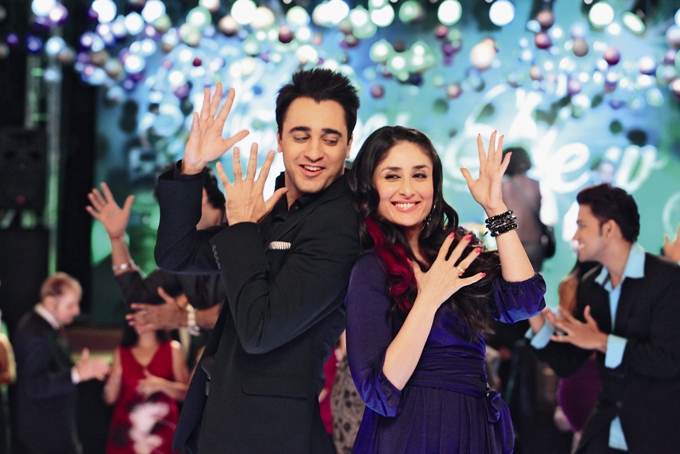 When the prolonged interval hit us during the screening of ‘Ek Main Aur Ekk Tu’, I turned surprised towards the person accompanying me and said, “Its not that bad. Right?”. The affirmative nod from the person followed. This is exactly what I would say about this Shakun Batra directorial debut. This Kareena Kapoor and Imran Khan starrer is one of those beautiful films where each frame is more tastefully done than the next. Set in Las Vegas, the story is not something spectacular, but it is one of those movies where the treatment wins over the story.

In the 80s and 90s the struggle to get a job and lead your life were the primary concerns of the youth. Today it is the increasing confusion of the mid 20s youth that one sees often, as is seen here in Imran Khan’s Rahul Kapoor. Burdened under his parent’s expectations Mr Kapoor looks 25 but seems 12 mentally. Programmed to do things a particular way and never getting the much needed appreciation that a child needs, he may be a caricature of what Mr Batra was aiming for but it endearing to see him at least try. Confidence is after all something Indian parents never feel a need to instil in their children.
In his comparison Kareena’s Riana Braganza is somewhat like her Geet from Jab We Met, but without the vulnerabilities. Ri (as Rahul calls her) is bubbling with energy and confidence which she also passes on to Rahul. But this relationship is slightly lopsided with the advice always coming from her end. Probably her being older had something to do with it but where the story kind of misses is defining whether it is romantic or platonic. And unfortunately I as an audience member was not rooting it to be either. I would have been all right with anything and that is not what a movie ever aims for.

Another aspect of the movie was the strong disassociation from India that you feel when you watch the movie. And it is not because of the location. Zoya Akhtar’s ‘Zindagi…’ was also based in Europe but the characters were quintessentially Indian.  The same is not present here. Ri talks about her ‘cool’ parents and mentions annulment like they have grown watching American television. On the other hand Rahul’s parents are high class socialites so they are obviously not expected to behave like a commoner.
The movie has it’s moments, more so from Imran than Kareena. He has grown as an actor. Watch him shooting back at Kareena when she rejects him and you see not only genuine emotion but also the kind of insecurity that comes from really being vulnerable. Kareena is good but nothing that we have not seen before. You will not come out disappointed from the movie, just wishing for more.