Waiting for that open road again 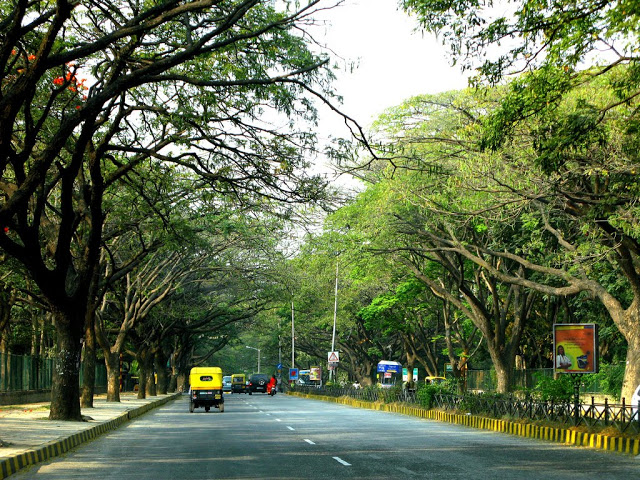 So there are tonnes of people who complain about the traffic jam everyday. The roads are too small, the pollution is killing and obviously the traffic is maddening. In Bangalore, the metro will start ‘god knows when’ and even when it does it won’t be connecting the important routes like ‘main city to the airport’. The government and the people with money are just blindly cutting down trees and that this activity will finally come back and bite us in the ass.
It has already started with one of the hottest summers that the city has ever seen. And its not going to get better next year when there are going to be more people living here, more vehicles on the road and lesser and lesser place for trees to survive. This is mostly the case with every major city in the country. And we blame it on the government because they somehow are to miraculously produce more land because they have 30% of the income of every person in the country to spend. That 30% my dear friends, does not buy brains or balls to execute unconventional plans for the betterment of the environment though.Everytime anyone of us complains about the traffic while we are sitting in a car which can carry 5 people but is only carrying 2, think whether you have the right to complain. The roads of this city have 250 if not more vehicles added to it everyday. And why??? Well because we can buy cars. Because the banks are providing loans and we think that buying a car is the ‘thing to do’ when you start earning? Well think again. I am not saying stop buying cars. I am saying think before you use them. Not everytime you step out of your house do you need to drive in your fancy private vehicle. And while you are providing transport to two people by driving it, you are using up space that could carry 12??

The city has around 6000 public transport buses which carry more people around in the day than the 35 Lakh cars and two wheelers. But we already know that? Right? And we choose to ignore the fact. “Meri car se kya hoga?” we say to ourselves. A lot apparently. Yes there should are things that the government should be doing to make public transport more popular. Making them cheaper for the aam aadmi to actually be tempted to use them, because god knows he/she is not gonna use it otherwise (unless they are the majority who are not earning enough or the minority who care).

The roads were made for the public. Not for private vehicles to hijack the roads. The pollution that is increasing is not happening only by the industries. It is because of your vehicles too. You are responsible for everybit of polluted air that you breathe in and complain about. Everytime you bring your car on the road without reason and without necessity you are creating lesser space for someone who actually needs it. Traffic is not just the governments problem because we voted them and lets face the fact. They can’t do everything and sometime do nothing at all. Traffic and pollution are problems that need a more organised and mutilayered approach which can’t be forced in a day. There would be lesser pollution only if there are lesser vehicles creating it. But with each passing day one more person purchases a car and a two wheeler, ignorant of the fact that just because you have money to buy a car you don’t have money to drive it around. In cities as posh and big as New York, people think a hundred times before purchasing a car because parking is the biggest problem there. And we think that purchasing a car is a status symbol?

Walk, cycle or even use the bloody auto rickshaws if possible, for small distances. Use more buses when you are travelling. They run only for us. And only if there are more people using buses that there would be more buses on the roads. Nobody encourages a system that noone uses. If each one of us use our cars lesser, we decrease the pollution by a minute amount by ourself. And we decrease the traffic too. And i look forward to a day when each one of us would make that minute difference so big that we won’t have to blame the government for everything. There are times when you have to take things in your hand. 40 years later there would be no fuel left on the planet to drive your cars. If you don’t want to think before taking our our cars now, you definitely should before deciding to have children.