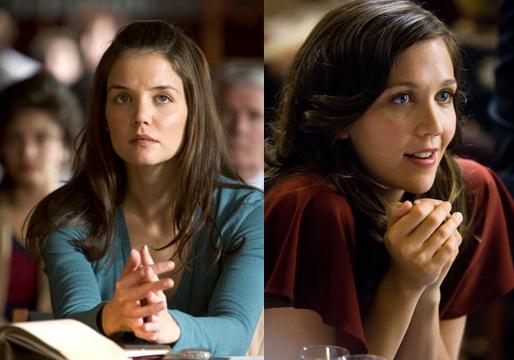 * (This is purely derived from the Christopher Nolan Batman franchise)
So I was thinking about how massively depressing watching ‘The Dark Knight’ is and how the dude (Batman) cannot catch a break ever and I somehow could not blame anyone but you, Rachel Dawes for all the turmoil.

Look at all the other Superheroes… Peter Parker has Mary Jane. Yes, the villains have nothing better to do than kidnap her in just about every movie but the guy has someone pining for him in the end. Gives him something to live for. Even the alcoholic Stark aka Ironman gets the pretty Pepper Potts who is just about as tolerating as a person can get. And also double as his assistant. And let’s not even get to the oh so perfect and idiotic love story of Superman . So why o why could you not suck it up and just go out with Mr Wayne? Because in reality he is a billionaire, brilliant master ninja, who has an awesome ride and fights crime? Really? I mean if that is a problem, you have serious issues missy. I am almost happy you were blown up in the second movie because alive you were doing nothing but confusing the hell out of our superhero.
In the first movie you actually turn him down after he saves your life a couple of times because of whatever stupid notions of a relationship you have. And then after he has saved the city from a catastrophe, you kiss the guy and then just as he sees a ray of love emerging in his dark life, you break his heart. What is that about B*#*#? And again…what kind of an idiot chooses not to be with ‘The Batman’. You could have been dating Batman, making you one of the coolest person to live on the planet. But instead you choose to be ‘Just friends’. No wonder Mr Joker bombed you. 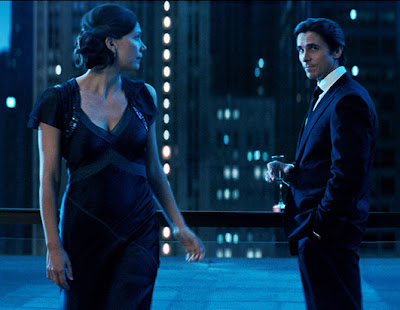 And in the second movie, we find out that you are not just stupid but also a liar who loves putting their friends through emotional turmoil. After having promised Mr Wayne your love when he gives up on his awesome night job, you starts an affair with a mentally disturbed Mr Dent. Don’t you have an ounce of emotion in that frail body of yours? At least tell the guy that you were lying about the promise so that he does not go all out making your boyfriend into the next best thing in the city. That was a complete waste of time.
Imagine what all could have been possible if you had not confused Mr Wayne. He would have just been concentrating on his regular job, catching the criminals the old fashioned way. Harvey Dent would have been alive and in all probability not burnt up. You would have been alive too. Lesser people would have died. Mr Joker could have just been satisfied playing catch with Batman and would have been caught much quicker. And I would have been less depressed at the end. Not to mention, there would have been a long shot of Batman on the top a very tall building looking over the city he protects as a heroic background score plays in the background.
Burn in hell Rachel Dawes. You deserve it.
Share karo yaar... tumhe filmon ki kasam