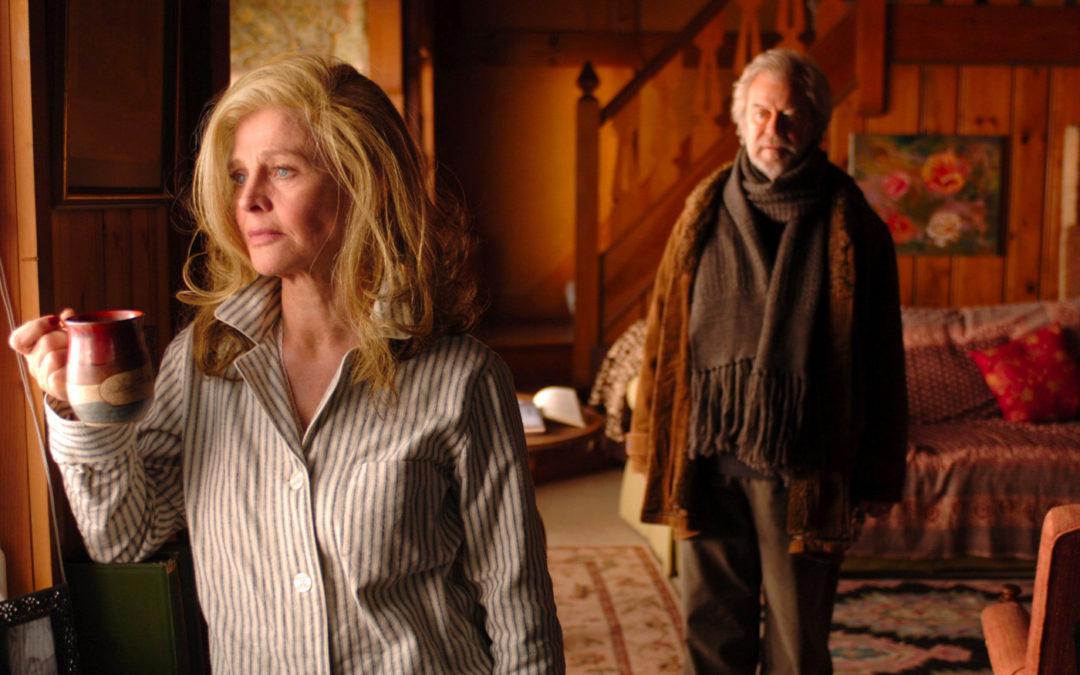 While watching this movie there would be moments that you would feel the helplessness of the lead character. The pain the husband feels watching his wife me 45 years treating him like a wannabe suitor. To watch their relationship deteriorate to just hellos and to see her spend more time with a stranger than him. And you wonder whether the director (Sarah Polley ) anticipated the pain that the audience would feel. You know that people would get sad when you kill someone onscreen or when you sell melodrama. But did she anticipate the profound grief and helplessness that would engulf you watching the lead actors struggle with their life. And this is the brilliance of this small movie about love and what all it entails.

The movie tells the story of an old couple Grant (Gordon Pinsent) and Fiona (Julie Christie) whose marriage is tested when Fiona begins to suffer from Alzheimer’s and moves into a nursing home. After a month, which is a period that no visitors are allowed, Grant finds her in a state where she loses virtually all memory of him and begins to develop a close relationship with another nursing home resident Aubrey (Michael Murphy). Those moments when you see Grant stare across the room everyday hoping that she would glance back or spend some time with him are just heart breaking. He no longer remains anything more than a persistent visitor for her.  Soon Aubrey is taken out of the home by his wife due to financial constraints which results in Fiona sinking into a deep depression and you see Grant struggling to make her happy.

The movie is touching is to say the least. It is more than that. It plays out to you what a relationship is all about and never for one tries to do it through melodrama. You never see Grant as perfect husband who has never done anything wrong in his life or Fiona as a dedicated wife. They, like every couple who has spent a lot of time together have had their difference but they stuck together through it all. And in the movie you see them struggling through Alzheimer. There is a scene in the movie where Grant loses his patience and tells Fiona that he is her husband to get her away from Aubrey and you see Fiona breaking down for a moment before returning back to her normal behaviour, in those moments conveying that she feels inadequate with him because of her memory, something she doesn’t have to go through with Aubrey. That one scene is what it is all about. To see a man watch his wife move away from him and still love her….It’s heartbreaking.