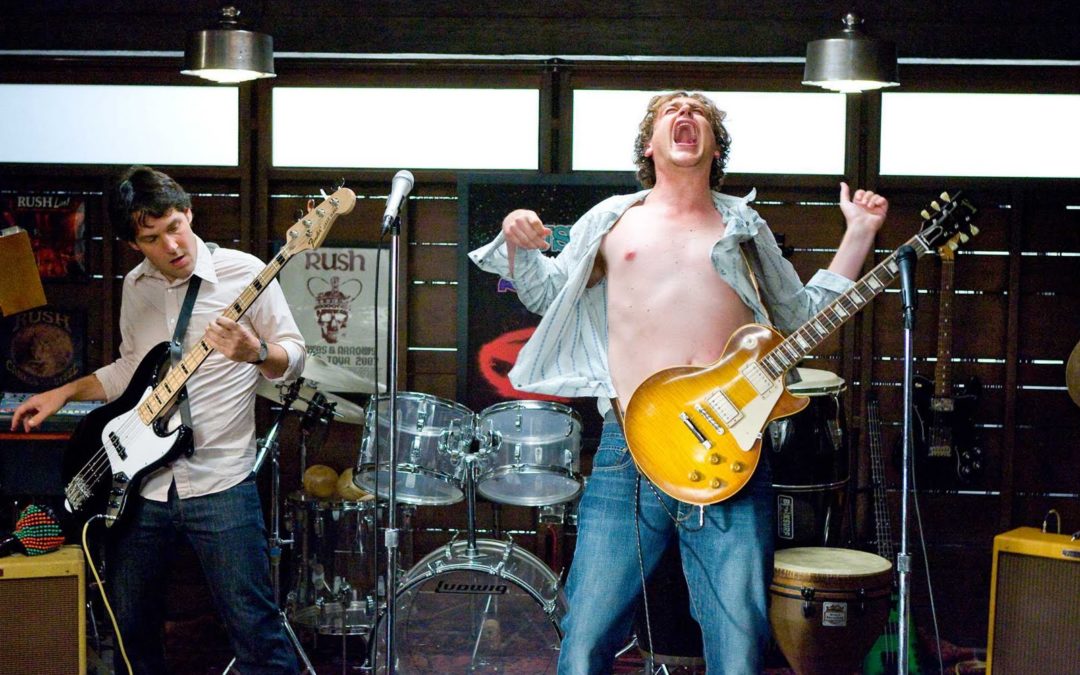 The thing that strikes you in the first half of the movie is the faint belief that guys would turn out to be better creatures if they had more girls as friends than men. That’s what I felt when I saw Peter Klaven (Paul Rudd) for the first time. Highly committed, sweet, nice, caring and romantic he would be every girl’s dream come true. And you almost feel sorry for him when he’s forced to go to these man dates to find a man to bond with. What is the need, I ask?

Anyway, a few disastrous dates later he does up meeting Sydney Fife (Jason Segel) who shakes up his world. He is confident, obnoxious and highly contagious and both of them hit it off like wild fire. They talk about everything from Peter’s sex life to office politics, rock out together and in a way Sydney gives Peter an outlet that he didn’t have. Hanging out with a guy just didn’t mean drinking and abusing and it’s almost touching to see two grown up men bonding like small kids. In the middle of all of this Zooey (Rashida Jones), Peter’s fiancé feels a little left out. She doesn’t remain the centre of attraction that she was for Peter but tries to deal with it. She suddenly sees a different side of him, which is not totally perfect. He is cancels plans on Sunday, lends out money without consulting her and eventually shows that he is a little unsure about the wedding. Zooey freaks out and walks out. As a result, breaks up with Sydney blaming his immature behaviour for the problems in his life and goes on to get together with his fiancé. He still misses Sydney though, who as it turns out had used up the money to help Peter at his job. Zooey sees that and eventually asks Sydney to come to the wedding and be the best man. A long ‘I love you – I love you man’ speech later, Sydney and Peter are back together and Peter get married.

The movie is funny. Without a doubt. But more than the funny part it’s the friendship that gets you in the end. How often do you say the words ‘I love you’ to your best friend, the one who supports you through your rough time, makes you do crazy stuff that you never thought and the one without whom the world wouldn’t be the same. Almost never are the words that you might be looking for. And when Peter and Sydney say the words to each other while Peter stands at the altar ready to get married, the situation brings out the real sentiments in the moment. It’s crazy but still nice. Paul Rudd is perfect as Peter. He plays the sweet, caring guy to the hilt just like he did in friends (Mike). And Jason Segel is perfect as Sydney. He is disorganised, loud, unsophisticated yet sweet in a weird manner. It’s the chemistry between both of them which turns this movie around from just a concept to a full length film. Director John Hamburg does a decent job of directing this comedy about male bonding, something that is a largely unspoken about because of the cliché that men and sentiments don’t go together.

Watch the movie to celebrate friendship. A largely unspoken kind of love especially in the adult men department.