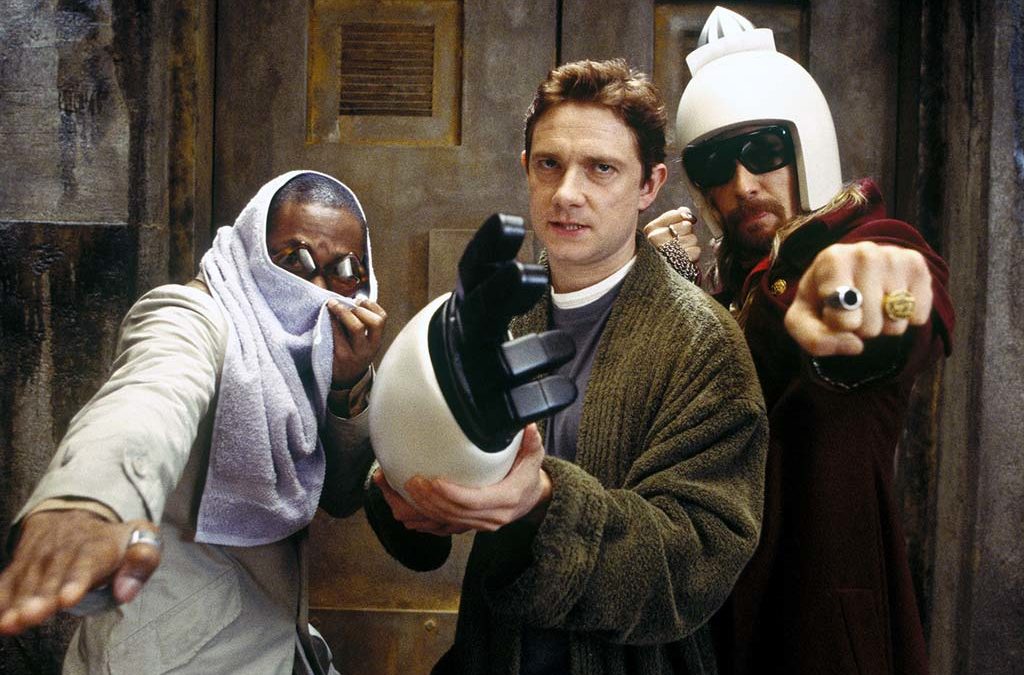 The Hitchhiker’s Guide to the Galaxy, is as popular as the book as is the movie version. It is one of those outrageous plots that is completely out there and yet believable and full of possibilities. No wonder it was turned into a movie. I haven’t read the book, which I believe is quite the tome so I can’t and won’t judge what I saw on the screen with it. The movie can be aptly described by the song ‘So long, and thanks for all the fish’ which is played in the first few minutes of the movie. Completely outrageous.
The plot basically revolves around this earthling Arthur Dent (Martin Freeman) who is saved from death when his alien friend hitchhikes a ride on the alien spaceship which consequently destroyed the earth. After a series of random adventures they lands on the ship of the inter-galactic president (Sam Rockwell) and finds the love of his life Trisha (Zooey Danscheal) again. What follows is a set of random planet visit, some silly creatures including John Malkovich in a hilarious performance and of course the obvious proclamation of love.
I will not comment much into the story as it one of the biggest assets of the movie. The quirkiness will keep you involved and the weird shaped aliens will add to that. But personally, where the movie really got me was the fact that it points out certain things that we hold so dear to ourselves as humans, which could be nothing more than just stupidity.
Watch this flick. Totallllly awesome
Share karo yaar... tumhe filmon ki kasam