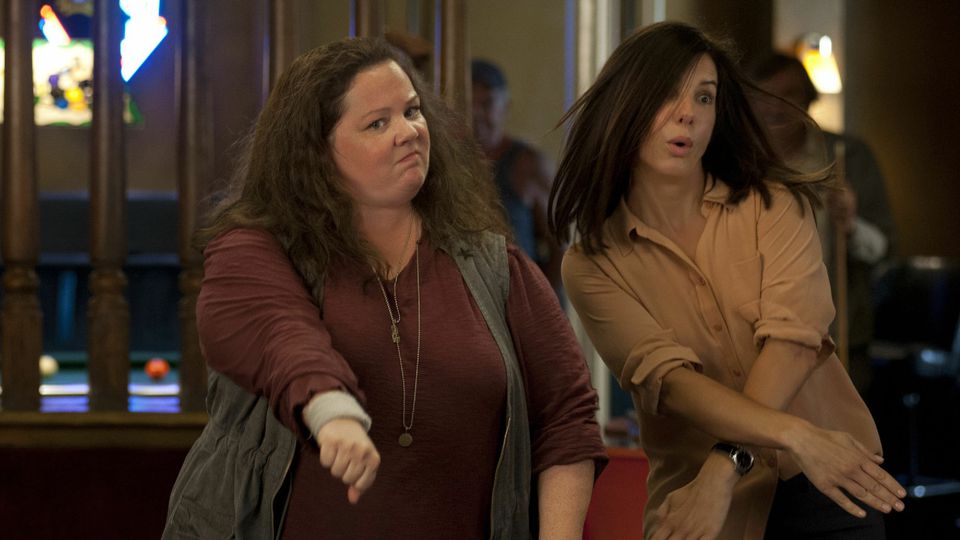 Okay, I went in to see the film purely because I am a girl. There is no other reason. The film stars Sandra Bullock, has been directed by Paul Feig, still warm from the memories of last year’s ‘Bridesmaids’ and I am a girl who just was in desperate need to laugh a little. Melissa McCarthy also stars in this flick but I am still not so sure about her ever since I saw the tragic tragic ‘Identity Thief’. So what did I think about ‘The Heat’? I felt that despite a very predictable storyline which has been done numerous times, the pairing of Bullock and McCarthy makes this film entertaining. Not as entertaining as ‘Miss Congeniality’ which is something I could not just get out of my head given that Bullock was again playing an emotionally closed FBI agent but yes, I did derive a few laughs from the experience.
Sandra Bullock plays FBI Special Agent Sarah Ashburn who is sent to Boston to take down a ruthless drug lord. Melissa McCarthy plays Detective Shannon Mullins an effective but crazy cop who Ashburn is forced to partner with.
The film is full of Boston cliché including Mullins’s family which felt like a less scary version of the one seen in ‘The Fighter’. The story is obviously not the highlight given that even a small child can specify the events of a buddy-cop film. Two cops are forced to work with each other. First they resist. Then they comply. Then something good happens. Then they share. Then they drink. Then something bad happens. Then they separate and feel sad. Then they come together. Then they kick ass. Some sentimental moments. Movie ends.
Yes, ‘The Heat’ is the same. But then it is also two females doing the same deal, both of whom happen to be pretty good comedians. And that is purely why this flick works. McCarthy’s Mullins is seriously crazy and scary at the same time, something that I have not really seen in an on screen cop. But her extremity is balanced off by Bullock who despite a predictable role is very necessary to the script. And on the top of that, I actually liked the climax. It is surprising, not like the ‘shit in the street’ kind of a moment but yes, it still takes your breath away.
I would recommend this film to everyone who wants to have a good time, whether they are a man or a woman purely because it’s better than wasting your money on some shitty macho action routine.
Share karo yaar... tumhe filmon ki kasam