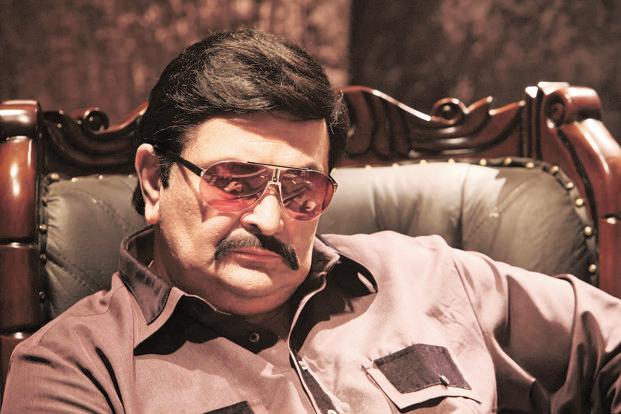 I am sorry to disappoint the avid movie goes inside me again but Friday morning film watching is a habit hard to get rid of. The sheer number of average flicks that I have seen this year just made me instinctively have no expectations of this week’s release D-Day. In a way, this is beneficial because you tend to be surprised by the few moments of sheer adrenaline pumping action on screen but finally it is also a way for the big bad world of bollywood to lift up your spirits just before it crushes them under an unnecessary song.
Trust me, I am not a person who hates the whole song and dance routine. I love it. I thrive on it. I download old Hindi films, sing along and complain how I won’t witness that era anymore. But there is a place and time for songs, however beautiful they maybe. And that time and place is not inside a R&AW mission in Karachi while trying to capture the most wanted man in India. And that time is definitely not when a prostitute (Shruti Hasan) is having sex with her customer (Arjun Rampal) for money. Or when the prostitute is killed and raped by man while Rampal in all his ‘Will Grahamiesque’ charm tries to retrace the steps of the murder when he already knows who the murderer is. Suffice to say, the stupid love story angle between the two characters is the most unnecessary pothole of this otherwise good script. It does nothing but wastes the audience’s time.  We are not talking about Jason Bourne here who gets attached to a woman who is the only person who he can talk to because of his amnesia. What business is of the RAW agent to suddenly romantically attach himself to a prostitute when he is shouting at other agents about having neighbours? Yes, the answer is simple. The director just wanted two good looking people to share a few romantic moments on screen while he can play a beautiful love song in the background.

Now that I have finally blasted the writers Nikhil Advani, Ritesh Shah, Suresh Nair and the director Advani for the biggest problem with the film, I can move on to the good bits. The basic plot of the movie is pretty good. It works on the same kind of pace that ‘Argo (2012)’ worked on but is much more lengthy and complicated in terms of the plotline. The story focuses on 4 agents Captain Rudra Pratap Singh [Arjun Rampal ], Wali Khan [Irrfan Khan], Zoya Rehman [Huma Qureshi] and Aslam (Akaash Dahiya) sent by R&AW Chief Ashwini Rao (Nassar) to get India’s most wanted terrorist Iqbal Seth (Rishi Kapoor) back to the country. The first hour of the film is carried out with much clarity of thought and the opening sequence where the four first carry out the mission is shot to perfection. Be it the ambience, the music, the rare spotting of Rajpal Yadav as the wedding singer or the clean action sequences. Tushar Kanti Ray’s cinematography is one of the best things about this film because the frames are kept very realistic and keep the audience from drifting into la-la land. The same cannot be said about the editors Aarif Sheikh and Unni Krishnan, who could have easily cut at least 30 minutes of footage to make the film more gripping but instead chose to make it a full blown saga.
Among the cast, the one person who obviously stands out is Irrfan Khan. He is a gifted actor who does well in role like these so he blends in very well into his character. Qureshi, Dahiya, Nassar, Hasan and even Kapoor make the best of the dialogues they are given by Niranjan Iyengar. Kapoor’s outing as the new baddie of Bollywood is nothing spectacular. I preferred his 5 minutes in ‘Jab Tak Hain Jaan’ any day because he had one fantastically written line. I would have liked to see more of the Qureshi-Raj Kumar Yadav romance other than just a bland phone call but I guess the director had his hands full with the song shootings. Rampal, did not irritate me on screen for a change other than the scene he has with Hasan. But I have a feeling that it was because he has been given minimal dialogues and was mostly seen staring intensely at people instead of talking. That is my opinion and of course the rest of the world is free to call him an ‘intelligent actor’.
The music by trio Shankar-Ehsaan-Loy is actually pretty nice but was a distraction in the theatre. So I am going to listen to it at home instead.
As far as my verdict is concerned… watch the film – don’t watch the film, I don’t care. I am waiting for the day when I will again feel like I did on 20th July 2012.
Share karo yaar... tumhe filmon ki kasam