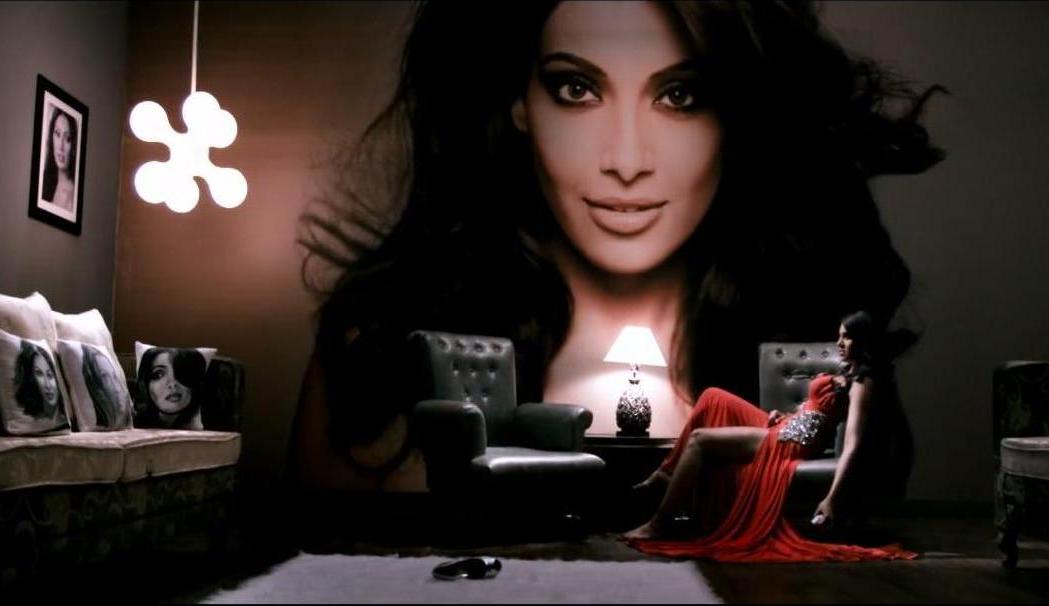 Okay, I know I write this with the fear of being ostracized by my peers but my experience of watching Raaz-3 in 3D was good. I was really surprised by the fact that the 3D effects did not give me a head ache during the course of the film and that they were actually used quite well in the first half, giving some really chilling moments.

The story of the film is pretty outlandish with black-magic and evil spirits being used very casually and I will not make any excuses about the fact that the drama-romance should have been cut to a minimum but having said this, I personally had a good time at the theatre. The story revolves around an older actress Shanaya (Bipasha Basu), trying to get her power back from a new actress Sanjana (Esha Gupta) with the help of her director boyfriend Aditya (Emraan Hashmi) and of course some dead guy/aatma (Manish Chowdhary).

The film wastes no time in establishing the relationship between Shanaya and Aditya, given the heinous nature of crime Aditya is about to commit for her. But I forgive Vikram Bhatt for that because I was able to witness a really taut and chilling first half devoid of any human drama and nonsense. One award function, Meet the dead-guy, Seduce boyfriend and let the evil magic begin! The scenes where Sanjana is tormented at the hands of the aatma played very creepily by Manish Chowdhary are pretty scary. While they do take inspiration from old films and tv shows, watching someone hanging dead from the fan, a hand coming out of the flat screen television and of the every scary joker is always entertaining in a scary way.

What lets the film down is the obscure second half where the budding romance between Aditya and Sanjana, and old family ties take the forefront over the scary elements. There is only one cockroach scene in the second half, which is not even remotely scary. Reminded me of ‘The Mummy’ actually and if it was not scary in the original, Vikram Bhatt is definitely not going to improve it.

Among the actors, Esha Gupta gets to scream a lot in the film and she does so convincingly. Other than that, I just found the dialogue between her and Hashmi a bit too unbelievable and boring. As to why they come close and why she assumes to have a close relationship with him is left unexplained. Also I have never been able to understand as to why the characters in the ‘Bhatt films’ talk like they are in the 60s using really heavy hindi words. Hashmi doesn’t have much to do sadly. His character is not etched out even remotely so he just remains a passing ball between the tormentor and the victim.

Bipasha’s role had real potential but somehow she is restricted to a unidimensional character low on conviction. But the real trauma comes through the genuine ‘Rosemary’s Babyish’, sex with the aatma stuff that is thrown at the audience right at the end. It is at the point that your expression changes from ‘no-expression’ to ‘What?’. Anyway, by the time this happens you have already seen most of the film and there is no point in not seeing the predictable Hero vs the Devil boxing match. The entertainment there actually lies in watching Bipasha with a broken leg charging through the ‘completely empty’ hospital killing anyone who tries to stop her. Makes me wish Vikram Bhatt would have given her the screen time that was wasted on the two romantic songs. I must also mention that somehow both the leading ladies in the film just refused to move in the song and dance sequences. Shaking your upper body like you are a tree stuck to the ground is not called ‘Bollywood dance’!

Is the review getting too negative? Probably I started thinking while writing down the words. Anyway, if you have a couple of extra hundred bucks to spend then just go and catch the film. There is nothing better out right now anyway.