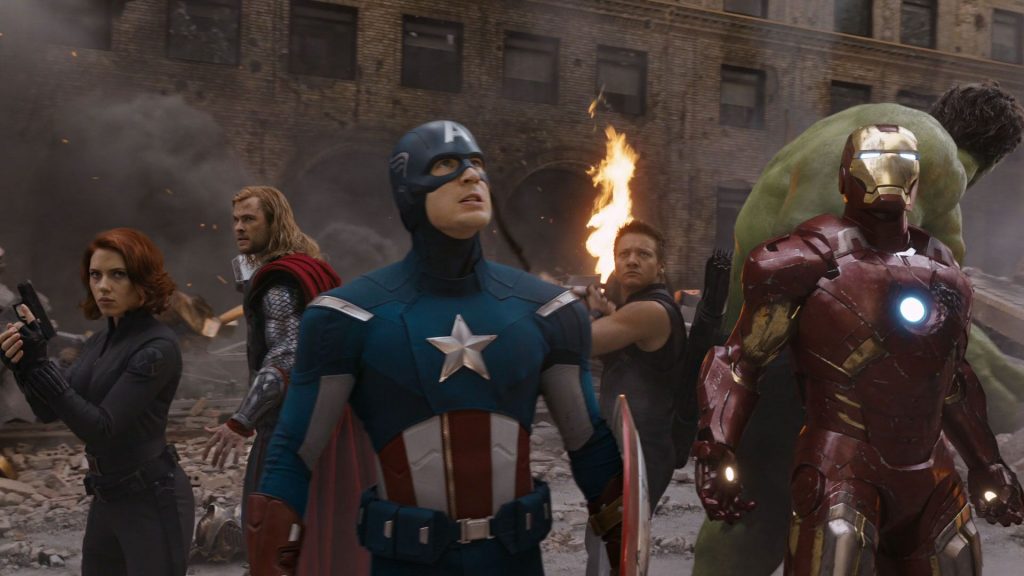 Yes. You saw right. That is two stars you are seeing up there. If a superhero movie with Robert Downey Jr can make me sleep in the theatre than there has to be something wrong with the world. And when I say world I mean the ‘let’s dish out cash to make a mindless blockbuster’ world of Hollywood where if you have the combined powers of Ironman and Captain America then you obviously don’t need much of a story to keep the rest of the gang together. (And lets face it, Mr Hulk has not had it any good for over a decade now)

Getting back to the movie, The Avengers, is what I call an idea gone horribly horibbly wrong. The story is basically Loki (Thor’s half brother) and a bunch of aliens trying to what else but control the earth. Or is it Manhattan? All the aliens always just attack America and to be more precise New York. To protect we have an army of Ironman, Thor, Black Widow, Hulk, Hawkeye and Captain Amrica (yes, Amrica) in blue tights. What i expected was a brilliant plot which would use the emotional and physical strengths and weaknesses of the main protagonists to create a complicated and thrilling film. What i saw instead was a bunch of guys beating each other up without reason and very randomly and finally Ironman depositing nukes on another planet (Armageddon style, only less interesting).

The best thing about this movie is without doubt, the scenes with ‘The Hulk’. The director has strayed away from the emotional side of the creature instead using him for providing comic relief as if he was a chimp. It works nonetheless. The scene where Hulk thrashes Loki is the best in the film. Downey Jr (Ironman) is his usual self but just not as effective. Chris Hemsworth (Thor) barely ever takes off his shirt (such a waste). Johansson (Black Widow) does this sexy tough spy thing but to be honest, all of it is waste if there is no sexual tension between her and any of the characters. Jeremy Renner is completely wasted as Hawkeye.

The first half is snore worthy. Second half is slightly better cause there are some action sequences. Must you watch the film in the theatre? Not really. Will you watch it? Chances are you will. Just wanted to do my part and warn.