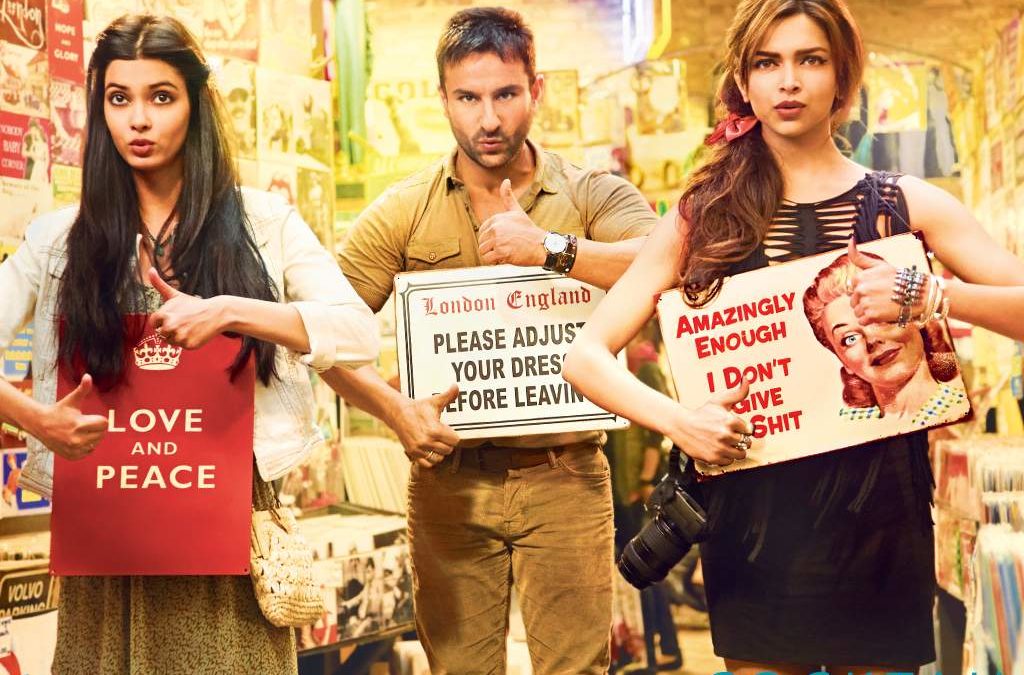 ‘Cocktail’ is one of those unfortunate movies ‘jisko koi nahi bacha sakta hain’. Especially not the director Homi Adajania, who tries really hard to induce some genuine style and spirit in this washed up story of misplaced love. The problem lies purely in the horrific script by Imtiaz Ali which I have a feeling he knew about since he did not want to direct this project himself.

Of the movies that Mr Ali has written and directed, all of which are quite contemporary in their approach to relationships, the path to love is never straight. But while sometimes he gets the chemistry between the main leads right, other times the audience is just fed with the notion that two people have fallen in love without there being any evidence on screen. With ‘Cocktail’ the audience finds themselves almost as confused as Meera (Diana Penty) who is overwhelmed and confused by Gautam’s (Saif Ali Khan) confession of true love. And truth be told there was nothing to make anyone believe so. And therein lies one of the many problems that the movie boasts of.

I would have to dedicate a complete article on how ridiculous Saif Ali Khan is in the movie but that would a waste of words. As Gautam we are made to believe he is a suave, fashionably commitment phobic, 30 something, software professional living it up in London. In reality he comes across as an embarrassing 40 something, red faced, overgrown man-child who would be attractive to only psychotic females. Probably that is the reason a deeply damaged Veronica (Deepika Padukone) finds him attractive. Sadly for Saif, he is not playing a sidekick in this movie because as a goofy friend of the main lead he would have been perfect. But as a main lead romancing two very tall, pretty and YOUNG women, there needs to be more that he does than just goof around. There are no qualities that he depicts which would make any woman want to fall in love with him. Thus the question…why are we being made to believe that the two women are in love with him and even more so spoiling their friendship over this very disposable man?

The only reasonable answer is that the two women actually fell in love with Gautam’s mother (Dimple Kapadia) getting the much required love from an elderly woman which they did not get from their own parents and in case of Meera he in-laws perhaps. ‘Itna sab drama mummyji pe?’ … and then you don’t even have Dimple Kapadia making another appearance! Not right hain ji.

Cocktail on paper might have sounded promising and it might have turned out slightly more watchable with a different lead but a film where I am complaining about the male lead when I have two very easy targets in Deepika and Diana, must be beyond repair. Either avoid this movie or watch it with a very entertaining group of friends.