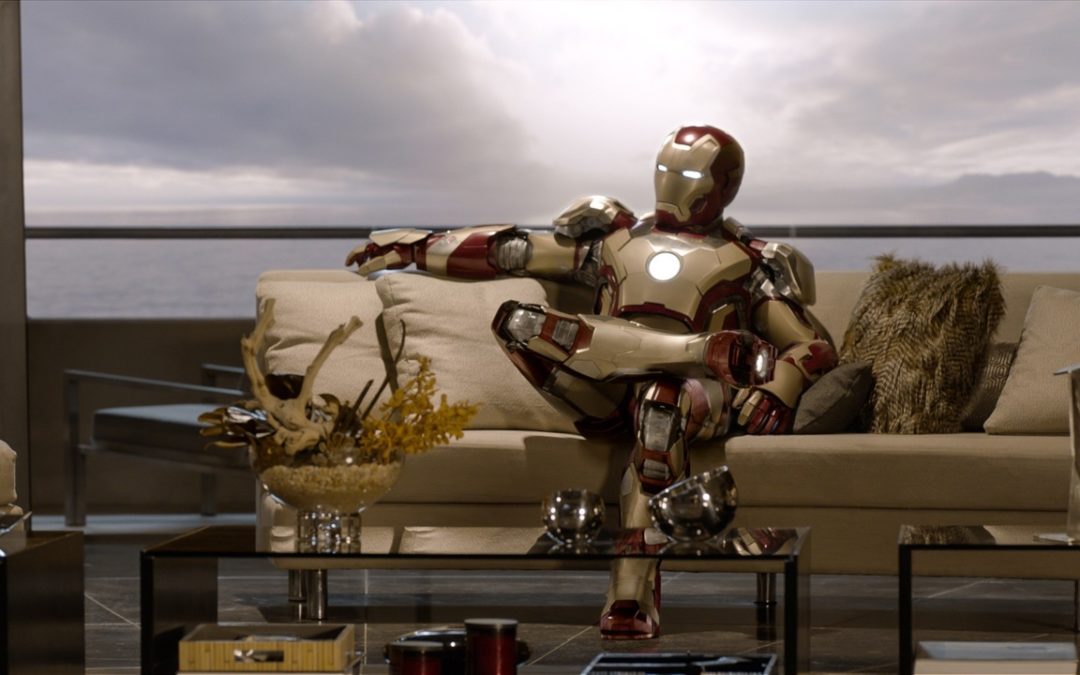 I wish Iron Man-3 was named something else. I just don’t get the concept of putting a number against a name. A number cannot capture an entire film. Because while we have Robert Downey Jr portraying Tony Stark in his own unique arrogant-sexy way, the third installment in the series does not have the same flavor as its predecessors. The heavy guitar sounds and AC/DC songs were missed by me. This in no way means that ‘Iron Man-3’ is not entertaining. Shane Black replaces Jon Favreau at the director’s chair producing the first Iron Man film that has villains almost as formidable as Mr. Stark’s suit. And as they say, it is the villain that makes the hero.
In this new installment we meet Tony Stark in the post ‘The Avengers’ universe. I would rather have the director kept that part out of this film but compromises are always made when millions of dollars are involved. Today’s Stark has anxiety attacks and insomnia because of his encounter with aliens last year. We also meet a new villain who goes by the name, ‘Mandarin’ (Ben Kingsley), an Islamist extremist who works with scientists Maya Hansen (Rebecca Hall), Aldrich Killian (Guy Pearce). Divulging any more of the plot would seriously hamper the film’s story.
The film’s high point is that it takes a lot of the current issues concerning terrorism and xenophobia and uses them very intelligently to question the morality of the moral police. Black also takes the concept of weaponized suits from the second film, again bringing forth the question of the authority over power. But then, Iron Man always took great pride over his brilliant ideas and a nihilistic need for control over them. “Just because you have an idea, you think it belongs to you,” are the words of from the first Iron Man that clearly define the conflict of these films. We did watch in shock as Bane took over multiple Bat mobiles using them as weapons, last year. And what did Batman do then? Upgrade.
Yes, there are very obvious loopholes in the film, when it comes to the concept of super soldiers. How they are created, the reason behind their immense power and how they are destroyed are questions that I would have liked answers to. What made the first two films fun to watch was obviously the fact that everything was within the limits of belief. Both the hero and the villain had powers that were explainable. That comfort obviously went away when ‘The Avengers’ released last year. But despite that, Black manages to work within this newly created universe and make the story of Stark human. Besides the averagely done narrative in the beginning and the end, a technique that the director should have avoided, I enjoyed my time watching the film.
The high point is surprisingly the well choreographed multiple action sequences. From the destruction of his Malibu mansion, to the extended finale with multiple suits and my favourite, the fight sequence in Miami without the suit. It is the action that carries this film forward every step as does Robert Downey Jr who keeps the dialogues sharp and Tony Stark interesting. His chemistry with Pepper Pots (Gwyneth Paltrow) is kept minimalistic as ever but it is his boy bonding with Harley, a precocious 10-year-old boy that is the real entertainer. The back and forth between them is heady combination of humour, emotions and action, that would put Pots and Rhodey to shame. Maybe it’s time that Iron Man gets a younger sidekick!
Share karo yaar... tumhe filmon ki kasam