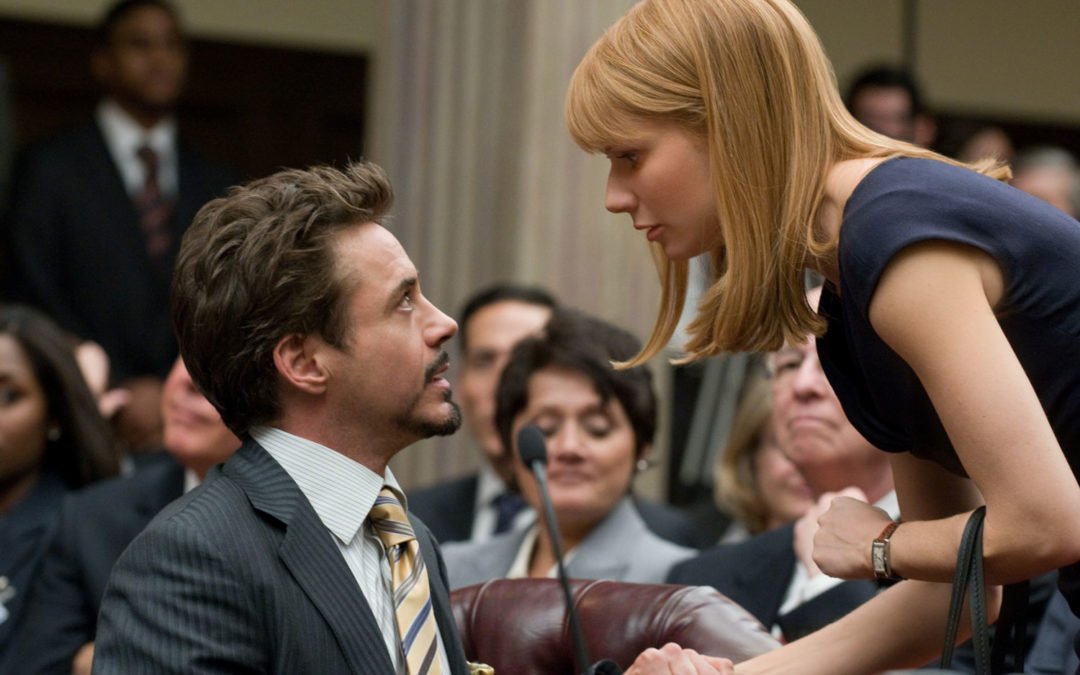 I went inside expecting a half baked plot, great action sequences and fabulous fabulous Downey jr. I wasn’t a big fan of the original. It worked only because of the charms of the leading man who made watching it worthwhile and sequels are hardly ever even as good as the first instalment. But I was wrong. Iron Man 2 is not a work of art but is every bit of a summer blockbuster that it was anticipated to be. And it is entertaining as hell!
In Iron Man 2, Tony stark returns after his announcement to the world that he is Iron Man, something you never see superheroes do anyway. And that’s what makes Tony so enjoyable to watch. The narcissism, the awareness of his power and yet he manages to somehow do something for the world. Too much good as they say makes for a boring watch and the makers of Iron Man knew that. Jon Favreau’s (the director) most intelligent descision while making this one was casting Downey in the film. Anyone else and the movie wouldn’t have had the charm it has now.
In this movie Iron Man is pitted against Ivan Vanko or Whiplash (Mickey Rourke) who holds a grudge against the Stark family and manages to recreate the Arc reactor which keeps Iron man alive and powerful. Gwyneth Paltrow returns as Pepper Pots, who is assigned as the CEO of Stark enterprises when Tony finds out that he is dying soon, a secret he keeps from her. And Lt. Col. James ‘Rhodey’ Rhodes id played by Don Cheadle. The added attractions are Scarlett Johansson as Natalie Rushman / Natasha Romanoff (Black Widow) and Samuel L Jackson as Nick Fury who are in the process of recruiting Iron Man for Avengers. The plot is kept very simple. It’s a fight between IronMan and Whiplash, with sub plots about avengers, the military being sold the technology by Justin Hammer (Sam Rockwell), Tony’s rival who hires Ivan to recreate it for him.
Ok… now to the good parts. It goes without saying that Robert Downey Jr is who keeps the movie alive. But Gwyneth Paltrow has been given a lot more screen presence in this one and the banter between the two of them is simply delicious. Add to that a flaming red haired Scarlett Johansson, who can kick-ass quite effectively and you know you have a heady mix. The good part is that she never really becomes a love interest for Stark but is more of unreachable eye candy for him. Mickey Rourke is perfect as Whiplash. You look at him and you never really know what is going though his head. My favourite scene from the movie remains the one in which he attacks Stark in the middle of the Monaco Grand Prix. But if you wanna know what Iron Man/Tony Stark is all about, you got to check out the opening sequence where he flies down to the Stark expo in the middle of a bunch of cheerleaders in iron man inspired costumes. That’s definitive Tony…
Should you watch the movie? YES. It’s 124 minutes of adrenaline rush and you would love every minute of it.
Share karo yaar... tumhe filmon ki kasam