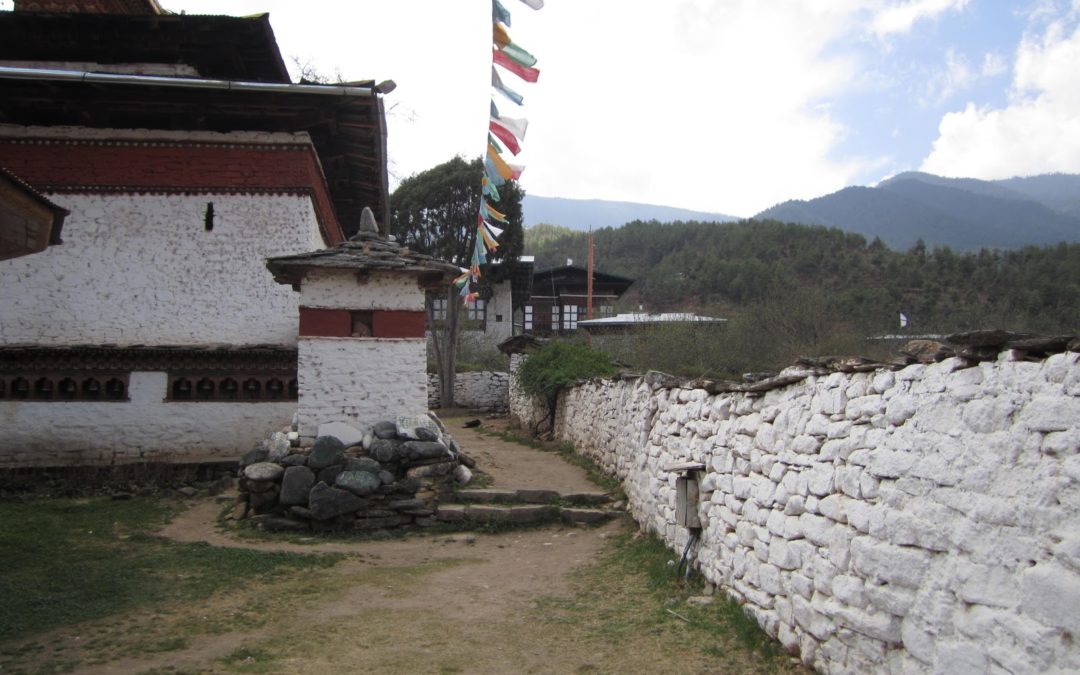 Travelling to another place is always fun. The new people, cultural differences, clothes and most of all the food is what makes a trip enjoyable. Bhutan was a pleasant surprise in almost all these ways. Placed just above the state of Sikkim, I couldn’t imagine the country to be too different. “India ke bagal mein hi to hain,” I kept thinking. But I couldn’t have been more wrong. As soon as you cross the Bhutan gate over from the town of Jaigaon (west Bengal) you know that you are in another country.

My journey of Bhutan started from the small border town of Phuentsholing. One of the ways to reach here is to take a train to New Jalpaiguri (Siliguri) and then take a bus or taxi from there. Buses leave only in the morning and take four hours. This said, the easier way as I found out the hard way, is to get down at the Hasimara station instead of NJP and then just take an auto for Rs 100 to the border.

The entry into the town is no biggie (no visa for Indians but carry Passport or Voter id). But everyone is required to get a route permit done from the immigrations office which is just next to the Bhutan entry gate. The office is open from early morning and if you show up till about 2 in the afternoon you can get the permit the same day in about an hour.

My travel to other places like Paro, Thimpu (capital) was done through the local buses, primarily because of the cheap tickets. These buses leave from the main bus stands and are shockingly punctual. If the driver says 4 hours then the bus reaches exactly in 4 hours. But the downside is that there are only a couple of them running everyday and only twice in the day (8:30 IST, 13:30 IST). So is it advisable to get tickets done at least a day in advance or you will be forced to take a taxi.

There is not much to do at Phuentsholing. But as is with me I spent enough time sampling Bhutanese food and the border town chaat. The chaat in the small dingy lane of jaigaon which is just outside the entry gate is a chatpata version of the West Bengal chaat. I could swear I saw some oriental sauces being added on the papri and the result was totally delicious. The momos as is the case with the entire region are absolutely lip smacking too.

Phuentsholing to Paro is about 6 hours. Try booking a hotel in advance because the town is filled with foreign tourists (American, Chinese, French and what not) who obviously have more money that Indian backpackers. If you are the adventurous types than just roam around for an accommodations and you would be able to find something between 700-1000 (always ask for discount but don’t fight… these people are not Indians)

Paro is a quaint little valley town which is surrounded by mountains and is breathtaking in terms of scenery. There are a couple of monasteries to look at including the hard to reach Taktsang Monastery, (Tiger’s Nest) which is a good 3 hour climb uphill. There is also a café after about 90 min but unfortunately again I found the hard way that it serves nothing but over expensive chai and coffee (Rs 84/cup) and biscuits. To know that I was not going to be fed after 90 min of strenuous workout did not go well with me.

Another place that I saw was Kichu Lhakang (monastery) on the drive back from the deadly Tiger’s nest.  Picturesque and alarmingly serene it is a place of quiet and beauty. Spend 20 min here and you would not like to enter a shopping mall ever again in your life.

Bhutanese food: Bhutanese food menu is pretty limited. But to give them credit, what little they have is pretty good. It is heaven for non-vegetarians with beef, pork and even Yak meat freely available. Food includes white gravy dishes with veg (potato, mushroom) or non-veg (chicken, pork, beef) options. This white gravy is not the creamy Mughlai one that we eat here but a cheesy variant which is spiced only with red and green chillies. Other than this you get Thupka and Momos everywhere. Food is simple and filling and also light on the wallet.

Tshernyoen’s Café. This is situated by the river side, behind the Bhutan Telecom office. I had the best carrot cake of my life in this café. Started by two ex-DU students, this café offers some baked goodies and a quiet atmosphere which is not to be found in the hustle bustle of the city life. This place is a must-eat (at least once) if you are travelling to Paro.

If you manage to get a bus from Paro to Thimpu (leaves at 9 am and 2 pm) then good for you but if you were idiots like me who did not manage to get tickets then you can always take a share taxi. They charge Rs 200 per person and the taxi takes you till Thimpu in one hour. The taxi wala might also stop in the middle at something which you would think is ‘gatar ka paani’ falling down but is actually shockingly pure ‘holy water’ which comes straight from Tibet. I drank that for the next two days instead of mineral water and am still alive.

Thimpu, being the capital city is quite large and commercialized but the rules in terms of timings remain the same. Also the place is again quite beautiful with the mountains surrounding the town from all sides.

See?
I saw none of the touristy places and instead spent the two days trying out as much food as possible. Do I regret it? Nah!

The food in Thimpu is absolutely awesome. The two streets of Norzin Lam (opposite the Clock Tower) and Chorten Lam are lined with restaurants which you can try out. Bhutan does not have the culture of food carts which I feel is one of the ways that country remains clean.

M K Restaurant, Centrepoint Shopping Centre (behind the main cinema hall). Serves Japanese, Bhutanese, and Indian dishes. Go for the Japanese food here. This is a very small restaurant on the first floor popular with the Japanese. We had something called Kaatsu curry with chicken and sticky rice. The veg curry with rice is the same but served without the fried chicken. The food is delicious and served in a good quantity.

This place is heaven! Period. I don’t know if it was the weather or the food or the brilliant ambience but everything was perfect over here, including the service. A quaint restaurant, it also has a beautifully decorated outside seating area. The pretty lavender flowers, the plants and the  hills make you feel as if you are being rewarded for some major good deeds. Order a cup of lemon tea (brilliant) and a pizza. As you sip on the tea, the waitress will bring in a bowl of some homemade garlic mix and chilli paste, which will make your taste buds go for a ride. And as you think it couldn’t get any better, the pizza arrives on a wooden tray. Truthfully, this was the best pizza I have had in my whole life. I saddens me every day to think I would have to travel at least 2 days to taste it again. I have said enough. Did I mention that the large pizza is only 300 bucks?

Yee-Gha Restaurant and bar. Try out the fabulous lemon tea and the beef and cheese momos.

Karma’s Coffee,  Tashi Rabten Building (opposite the Zangthopelri Complex). A chic coffee shop in Thimphu, offering a wide range of blends. The coffee is real good.

The trip to Bhutan was much more than just the food and the beauty. It was a taste of another culture even if it so close to our own. They have takes some of ours which makes it very comfortable for an Indian tourist to travel the country but still the country has so much to offer that you would be surprised. (They actually slow their cars to let you cross the road)

• In Paro try the Hotel Jigmeling, 009758271444. In Paro there are only a limited number of hotels and its best if you go with a prior reservation.
• In Thimpu I stayed in hotel run by Ambient Cafe. Its called Penjor Lodge at Norzin Lam. Rate was around 700 per day.
• You can use the ATMs to get the money out. The one I used accepted maestro cards not visa.