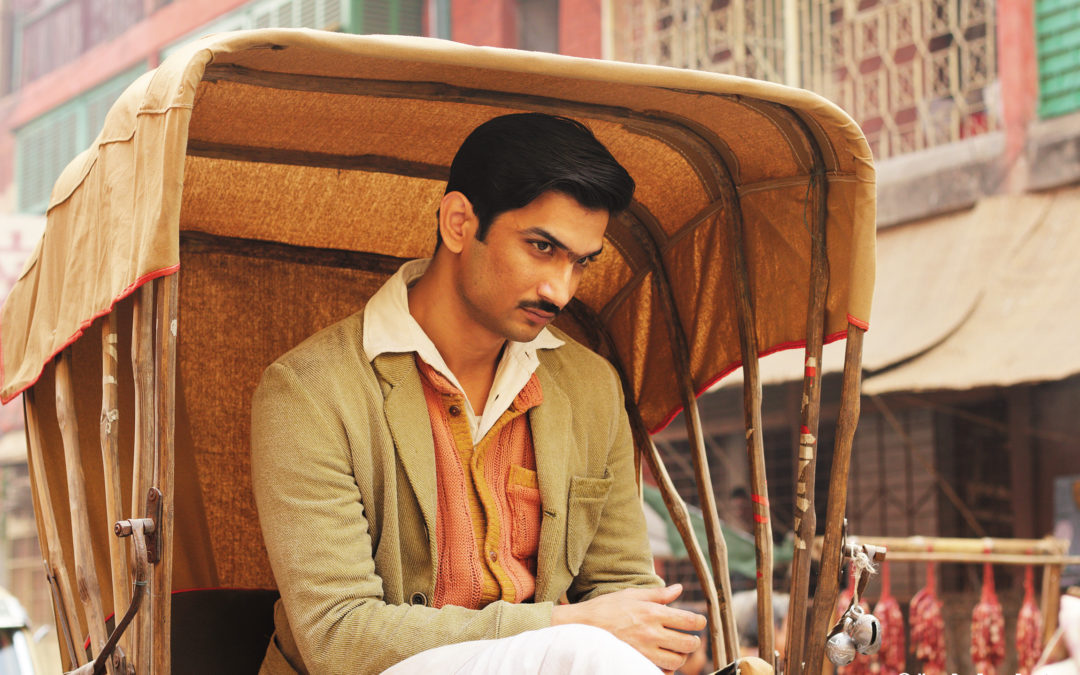 This review is devoid of any comparisons that may unintentionally occur in the minds of people who grew up loving the detective series on television. I will accept, i was one of them and when i first saw the trailer, i was filled with nothing but rage. The only reason i bought the tickets for the first show of the film today was because i haven’t ever seen a bad Dibakar Banerjee film. And after finishing watching Detective Byomkesh Bakshy! i can safely reiterate the fact.
Great casting, intricate and grand set design and even skillful direction aside, this film belongs completely to the screenwriters Urmi Juvekar and Banerjee. They are the stars shining the brightest in this ‘origins’ story of the famous detective. The audience is left hanging by their seat throughout the entire length of the film and even more so in the climax, which rarely happens in hindi cinema. And if anything, i felt like the film truly reached its peak in its absolute last few seconds, with a truly spectacular action scene, gut wrenching drama and humour when you last expect it. That is precisely when you know you are watching a Dibakar Banerjee creation.
The story follows Bakshy as he takes on his first case, fresh out of college. Looking for the missing father of Ajit Bandyopadhyay, he comes in contact with many interesting characters, a few of whom would go on to complete the world of Bakshy in the future. Much like many other ‘origin’ story films in the last decade, this film is an attempt to humanise the character in the audience’s eyes. It is not the nuanced and strong detective that we see here. Instead it is a youthful, arrogant and intelligent man, who is excited by the thought of a murder but the actual face to face reality shakes up his entire being. He may be able to deal with the thought of bloodshed but not so much with an actual dead body. Bakshy is at his most human and most interesting when his shaken up. And given the noir nature of the film, it happens quite a bit in the whole length of the story.
The film is an amazing collection of characters, all of them played by actors who slip into them with great ease. Neeraj Kabi plays Dr. Anukul Guha, the film’s strongest performance and to its credit also the most well written role. Often actors are not given enough meat to work with which makes even the most brilliant actors feel out of place and underwhelmed but that is not the case with this film. Almost every role is given enough material for all the actors to work with. We might be used to Anand Tiwari generating more laughs till now but as Ajit Bandyopadhyay he surprises us with a performance of great depth, genuine emotion, adrenaline and of course some flat faced humour.
The one performance i wasn’t completely sold on was the one put on by its leading man. Sushant Singh Rajput tries really hard to create the character and his intricacies and he is the one who struggles the longest and the hardest for us to buy him in this new avatar. He is the most buyable in Bakshy’s vulnerable moments but in the moments of pure Eureka we are more intrigued by the story than his expressions and dialogue delivery. On a side note, its not a performance that should dissuade you from watching the film either.
As audience, we hardly ever come across a slick thriller, where the makers don’t treat us as a 3 year old who needs to be explained everything. And this remains both the strength and weakness of this entertainer. It treats its viewers as intelligent people, as Bakshy’s counterparts for the most time only to flake out right in the end in the name of drama and tension. And the fact that we buy it, till the very end is credit to Banerjee’s craft.
Watch it. And please do not bring young children with you in the theatre.
Share karo yaar... tumhe filmon ki kasam