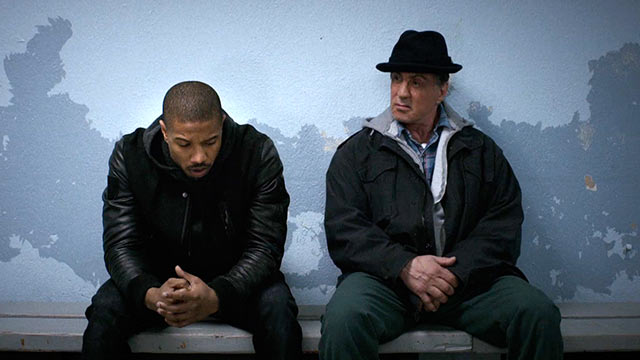 Creed is a boxing film. And you know what happens in one. There are long training montages, a man running on the streets early morning, a couple of gut wrenching fights and a win. Creed has all that. But then it also has something more, which makes it more than a cliche ‘boxing film’.

From the first minute of the film, when you lay eyes on a young Adonis you will not be able to turn your eyes away. The fact that Adonis is played by the incredibly charming Micheal B. Jordan with rippling muscles does help the cause. Jordan is one of those actors whose tough exterior is completely torn apart by the softness in their performance. And he pulls you in, into Adonis’s story as he does the same with Rocky Balboa in the film. You follow him, you want him to win and you cheer when he throws a punch.
The scenes between Rocky and Adonis are funny, relevant, emotional and real which hold you to your seat throughout. ‘What is the cloud,’ asks Rocky to Adonis looking up when the latter meant the icloud. It is simple and yet it generates the maximum laughs because we have two greatly sketched characters played to the T by the incredible case. You have seen enough of Stallone but in this film you see another side to him. He gets to be an actor, a legend and yet allow Jordan to do everything that we want out of him. Tessa Thompson as Bianca is a vision on screen and the scenes between her and Jordan are so full of chemistry and enigma, that you realise that sometimes actors can convey it all through their face. The spectacularly put together cast of the film is one of its biggest triumphs.
But the reason that Creed works so perfectly is the director Ryan Coogler who imparts a wicked sense of humour and a sense of camaraderie between his leads. He gets to impart his own sensibilities to this overdone franchise which turns it into an uplifting experience for not just the characters involved but also to us, the audience.
It is a great film but what really sets it apart is that it could have gone wrong in so many ways. What is it after all? A man training to become a boxer leading upto a match. That is every boxing film for you. And yet it turns out to be an exceptional cinematic experience. The story of a boy who wants to fight as he comes to term with his dead father’s legacy. It’s subtle. Its layered and its masked under all the work-out sessions. But it is all there and that is the reason it works. Not to mention that fabulous music which bonds every second of the film together.
Creed is the best film in cinemas right now. Please go and watch. Even if you dislike boxing films, sports films or any other category of films. This film needs to be seen. It will make your day.
Share karo yaar... tumhe filmon ki kasam