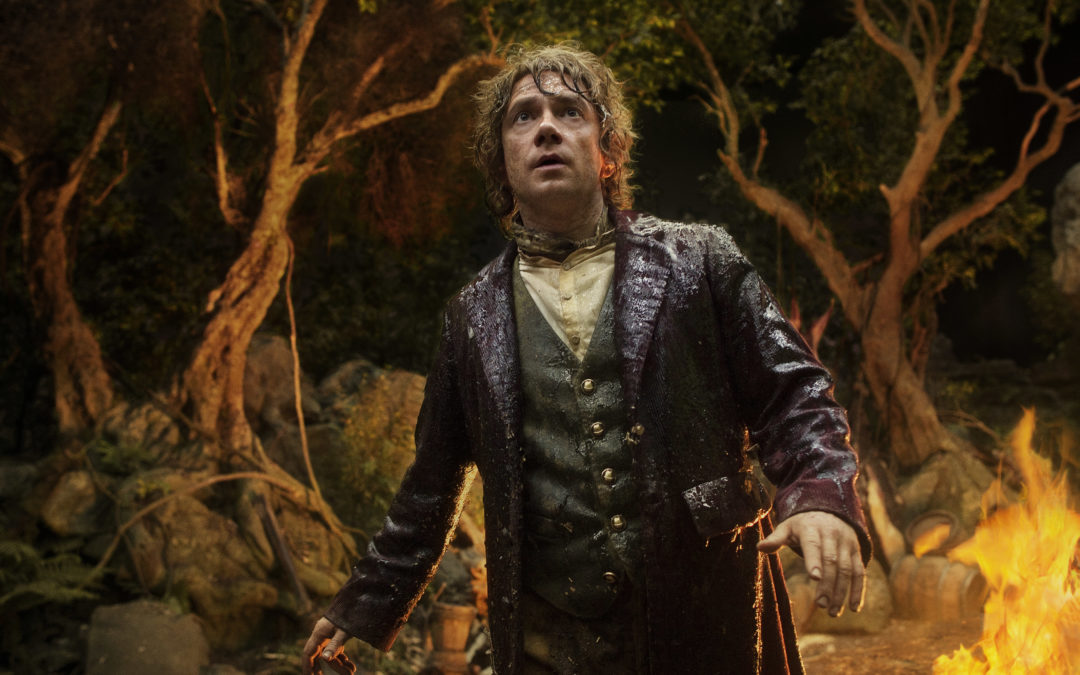 I am one of those people who are an absolute sucker for films about magic. But yes, they have to be made at least with a slight amount of integrity and yes, I did not love the ‘Twilight’ series. When I went in the theatre to watch ‘The Hobbit: An Unexpected Journey’, I did obviously know that it is based on the book The Hobbit by J. R. R. Tolkien but I am ashamed to say I had no knowledge that that is one of films in a trilogy. Given lack of that information, I was quite intrigued as to how the Hobbit and the bunch of Dwarves would reach their destination by the films’ finale given they had been wasting so much time doing other trivial things. Nonetheless, I was never bored. The amazing thing about Peter Jackson’s world of Middle-earth is that while it is completely fantastical in nature you still find the aspirations, motivations and emotions of the character relevant.

The story revolves around Hobbit Bilbo Baggins (Martin Freeman) who is tricked by the wizard Gandalf the Grey (Ian McKellen) into hosting a party for Thorin (Richard Armitage) and his band of Dwarves, which doubles as Bilbo’s recruitment as the Dwarves’ burglar to help them steal their treasure back from Smaug, the dragon. Bilbo reluctantly joins the company on their journey to the Lonely Mountain. The rest of the film is obviously a detailed version of one-third of their journey on which they encounter Radagast the Brown, a wizard; fight with Orcs and Wargs, which are wolf-like creatures and captured by Goblins before being rescued by eagles.

Among the cast, Martin Freeman shines as Baggins. He brings a kind of eccentricity to the role of a Hobbit mixed with elements of control which makes him almost seem like a hi-society woman going on a camping trip. I am not surprised that Jackson waited for Freeman even though he had refused the part initially. His scenes with Andy Serkis as Gollum make for one of the most entertaining yet scary part of the film, also being of the most important in terms of the LOTR series. Ian McKellen is in stellar form as a slightly younger Gandalf and so are the rest of the characters Galadriel (Cate Blanchett), Elrond (Hugo Weaving), and Thorin (Armitage). They perform ably in this world, making the characters seem believable and engaging even in the most outrageous settings.

The film is slightly long, but if you are open to the world then it would never seem boring. One of the reasons it works very well is the production value which is spot-on. From the music by Howard Shore, to the cinematography by Andrew Lesnie and the screenplay by Fran Walsh, Philippa Boyens, Peter Jackson and Guillermo del Toro, everything gels together to create a world so different and yet so believable that it has form part of our popular culture.

I am not about to complain about the editing, with respect to the length of the film because there are certain stories that are not spoiled by an additional 15 minutes. The time may not take the story to another dimension but it also does no harm. ‘Gangs of Wasseypur’ is a classic example. If you have seen and enjoyed ‘The Lord of the Rings’ series then I assume that you would have already seen this one by now. If not, then you must. (Try getting the 2D show though)