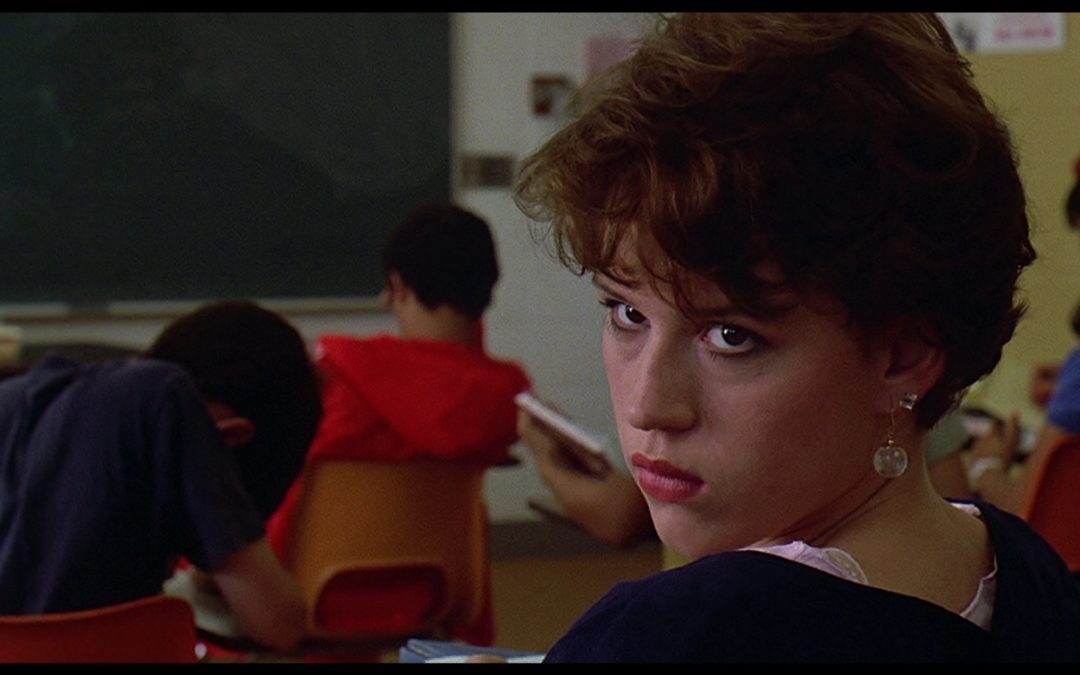 Every few years there are a couple of coming-of-age movies. A gawky high school teenager, some self esteem dilemmas and a love interest, almost all of them have a similar theme. It is not hard to understand since most teenagers go through these problems. But all said and done, not all these high school movies are always worth watching. ‘Sixteen Candles’ has all these elements and something more, which breathes life into the characters allowing them to be more than just the textbook caricatures.

The movie follows the day of a high school sophomore Samantha Baker (Molly Ringwald) who struggles to get through the day of her 16th birthday, which her entire family forgets because her older sister, Ginny (Blanche Baker), is getting married the next day. She is also plagued by her ongoing infatuation with a very attractive senior, Jake Ryan (Michael Schoeffling). And through all this she is constantly bugged by a geeky freshman (Anthony Michael Hall) who continually tries to ‘seduce’ her to fulfill a bet with his other geek friends. You also get to see a very young John and Joan Cusack in the movie in a tid-bit side role.

The film is easy on the eyes. The actors don’t try too hard and create their own version of what an awkward teenager or a geek could be. And this is the point where this movie scores. Molly Ringwald as Samantha and Anthony Michael Hall as ‘The Geek’ are the driving forces of the movie. Ringwald plays a smart, sarcastic and self conscious teenager, who is disappointed in his family. She has the softness of youth on her face and her voice but desperately wants to grow up. Hall on the other hand is a complete time-bomb. He is a dork but not the regular kind with huge glasses and a textbook in hand. His take on the character ‘geek’ is completely fresh, and is laced with humour, sentiments and obviously some geekiness. The guy acts tough and confident at all times, however many rejections he comes across but at the same time there is one instance in the movie where he shows real emotions, asking Jake not to hurt Samantha. His scenes with Sam and Jake make for the funniest bits of the movie. I am also particularly fond of how Ginny’s wedding goes through in the end. I won’t tell you what happens but it’s hilarious.

The movie completely belongs to John Huges, the writer director who creates a teenage drama which is never resorts to extremities for its humour. The jokes are derived as much from the situations as from the chemistry of the various characters in the movie, making it a great watch not just for women but for everyone. And that there itself is something that can’t be said about most movies.