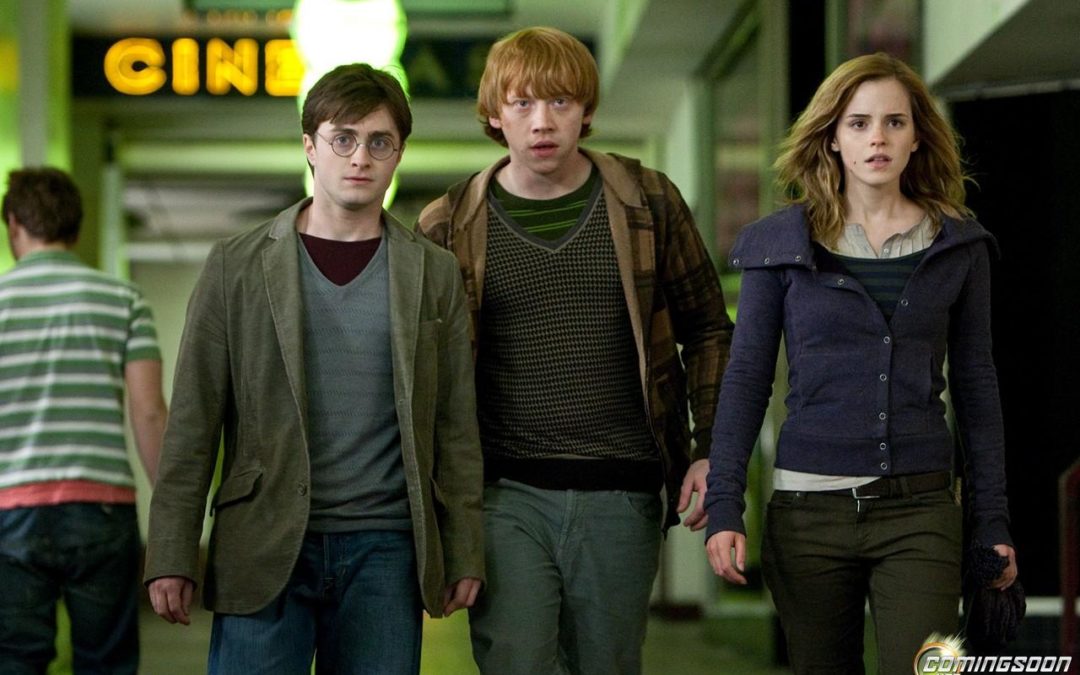 The Harry Potter series, both, the books as well as the movie is one series which is something that reminds me of childhood and kinda makes me forget about the real world. Yes, there are major discrepancies between what you read and what you see onscreen… which is one of the biggest challenges that book adaptations face. But inspite of all that, I love the movies because at the end of the day they are well made (in most cases). While, the reason for dividing the last part into two part must have been a monetary (the profits double) it is also logical considering the sheer size of the text that the director David Yates is dealing with. And the result is good.

After already having watched the three main protagonists in 6 movies, I wouldn’t go on to say obvious things like Emma Watson and Daniel Radcliffe are not brilliant actors. Rupert Grint is good, mostly as the goofball he plays but that is all that is expected of him most times. And all these facts have been already established. But still, there is no bigger joy than to see these three solve mysteries and fight not only evil entities but also raging hormones.

In the first part of the last installment of the book, there is no Hogwarts. There is no school and there is no comfortable faces who can give these three advice. Everyone is dead and these three teenagers are expected to solve on of the biggest mysteries of the magical world while avoiding getting killed at the same time. I have said it before and I will repeat it again. Harry Potter, especially the last one was not even remotely a children’s book. It is as adult as Die Hard, but only more fun because the bullet won’t kill the bad guy. No one knows, what will.

The last movie works brilliantly. And mostly because of the tight direction from David Yates. He has managed to extract everything that is required from the book to transform it into this scary, magic land where nothing is safe and nobody is to be trusted. The locales are breathtaking and only add to the dullness of the frame. The idea of three 17 year old camping alone in an forest with no one to turn to is enough to send chills down anyone’s spine. And add to that the fabulous effects, the gripping dialogues and also the emotional content that you see briefly. The unexplored romance between Hermione and Ron proves to be the backbone of humour in this dark film and is well enjoyed. Daniel as Harry has definitely grown as an actor. And Ralph Finees as Voldermort is a force which I am hoping to be blown away with in the last chapter.

Whether you are a fan or not, watch this movie. This movie is what ‘movie-making’ is all about. Telling a great story in great style.