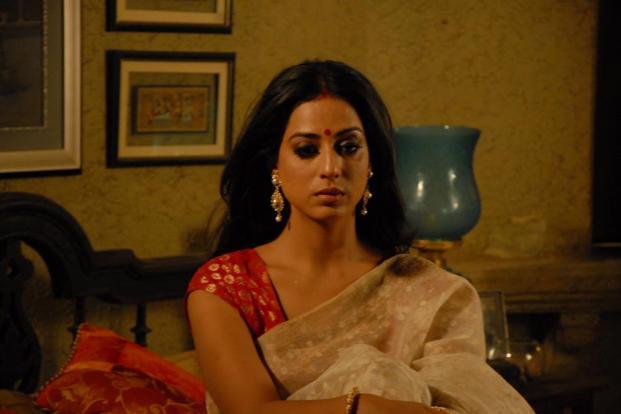 I was never much of a fan of ‘Sahib Biwi Aur Gangster’ unlike many people who found it to be reverting. I also wrote a scathing review of the film two years back mentioning that the talented director ‘Tigmanshu Dhulia’ had not done enough to make a great film inspite of enough content. Today after watching the sequel, which is now, used as an adjective of the word ‘worse’ I graciously bow my hat to Mr Dhulia, for he has done something that only a few are able to do – Improve their product.

Sahib Biwi Aur Gangster Returns may not have a great title but it does have a good script and author backed performance by its leading cast to make up for it. The story and dialogues are also by Dhulia who creates a complicated story of betrayal and power among the obsolete royalty of Uttar Pradesh.

Jimmy Shergill (Sahib Aditya Pratap Singh) and Mahie Gill (Choti Rani, Madhavi Devi) reprise their roles as the estranged husband and wife. In this installment through we see two more players in the form of Indrajeet Singh (Irrfan Khan), a prince who pledges to get back his family’s respect which was once destroyed by Aditya’s ancestors. The second is Ranjana (Soha Ali Khan), a princess who Sahib wants to marry, who incidentally is in love with Indrajeet.

The strength of the film lies in the very intricate plot that follows the strengths and weaknesses of the players very closely. Mahie Gill finally gets to be more than a seductress and portrays an insecure wife, who has the cunning of a fox and yet craves for attention like a child. Shergill is brilliant as Sahib and depicts the nuances of lost king well, proud and strong but weak and handicapped at the same time. His romantic angle with Ranjana adds freshness to the plot which is otherwise full of deceit and power games. And it is this freshness that gives the story its one final twist. It is difficult to be disappointed by Irrfan Khan in any film. This film is no different and he succeeds to give the film not just great dramatic moments but also rib-tickling comic scenes as well.

The film could do away with the one item song with Mugdha Godse but other than that, the story is kept taut with minimal distractions. I particularly like the song ‘Idhar Gire’ which tries to recreate the aura of the pre-independence royalty while the Choti Rani goes through emotion turmoil, finding publicly that she is being replaced by a younger woman. While I would have expected a few broken glasses, instead what we get is a ballroom dance sequence between Gill and Soha Ali Khan. Try as hard, it will force a sadistic smile on your face.

Do not take young children for obvious reasons…Yes, it is ‘A’ Rated.