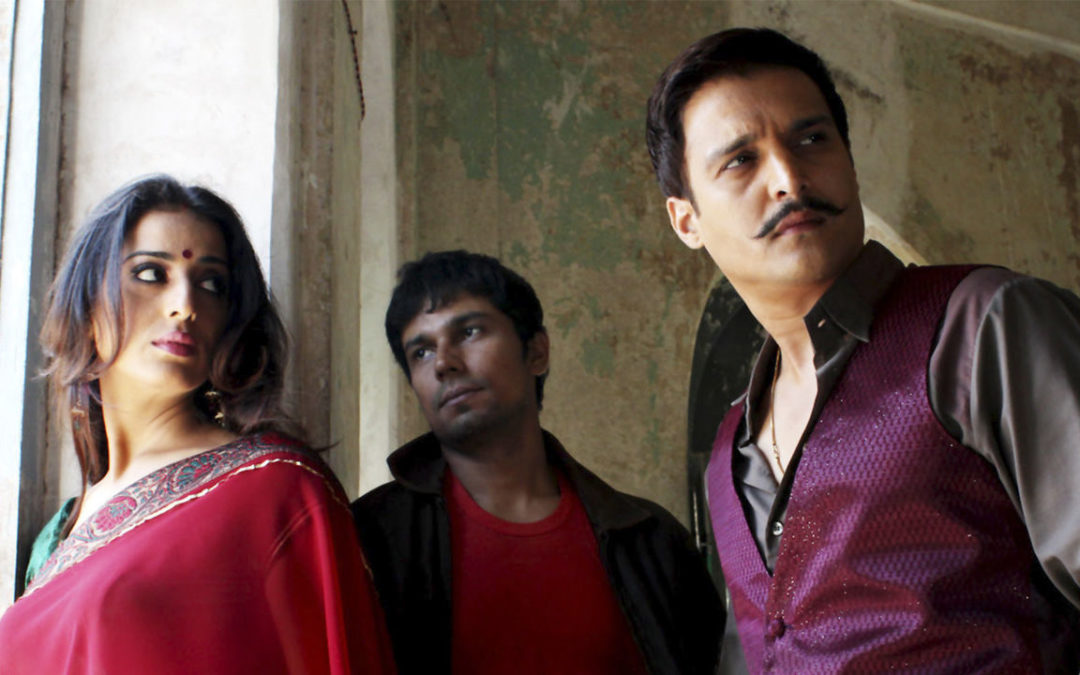 The influence from Macbeth are very apparent in this movie. But I am going to ignore that and write only about this film made by Tigmanshu Dhulia.
The movie is about a Saheb (Jimmy Shergill) who had all the power but no money, thanks to the roving eye of his late father. Saheb himself is no ‘doodh ka dhula’ creature. A wife on the side and a mistress on the other, his life is a dizzying mix of alcohol, 2 women and search for money. And not to mention, not paying his debt. Choti Rani (Mahie Gill) is a woman gone mad due to loneliness and insecurity. But as is revealed later, she was had asked for it by an indiscretion on her part. Nonetheless, sorry and ignored by Saheb, she fears that the mistress Mahua will end up as the Rani as had happened earlier with Saheb’s father. In all this enters Babloo (Randeep Hooda), a double agent, who works for Saheb’s arch rival but is soon entangled in a torrid affair with the Choti Rani, mistaking it for love. What follows is what one has often seen. A woman getting her way and a man being used as her pawn.
The movie is like a caramel cappuccino without the whipped cream. There is nothing really wrong with it and you will surely not come out rethinking your decision to buy the ticket, but without the delectable touch of cream you know that it is missing something. The director does almost everything right but he just does not do enough. Its like one of those romantic comedies that the production houses churn out today. They just do enough to make sure that the audience comes in and doesn’t leave with a head ache. But they are not there to create history. Just money and the ‘hit’ tag!
In the movie, Mahie Gill needed more than just the sex scenes with Hooda and pretending to go mad. Jimmy Shergill is good in his role but he is not given enough to truly fill in his character. Even though the chances of you coming across a broke prince on screen is rare in comparison to a yuppie-boy flashing brands, the director should have made more of him. There is no background given on his personal life and there is no depth to his estranged relationship with Choti Rani. You don’t know what is it that they shared and how they were before.
Hooda on the other hand is comparatively given more substance to work with. Even though, the real reason for his actions in the movie are just brushed under the carpet in the first 5 min. The guy has a low self esteem and even though getting away from the jail is the real reason he enters the Haveli, his attraction towards Choti Rani and everything else is to gain power to attain her. This kind of complex setting, and the only thing Dhulia does with it is just put it together? There could have been so much more…
The songs are a distraction and should have been avoided. Everyone is actually just fine. They do everything they were told, i assume. But i guess great cinema, needs a little more! A tad bit more….
There is also Deepal Shaw in the movie. I did not know that she could act. She was the real surprise package.
Share karo yaar... tumhe filmon ki kasam