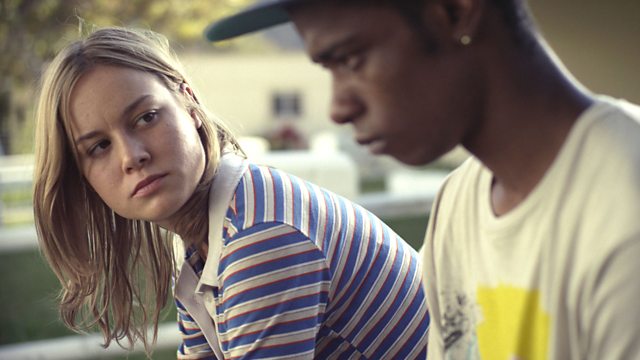 One of the few things that i love about this time of the year is that i get to see some really good films. The last 10 days i have slowly but steadily been watching some of them but this is the first time i have felt like writing. For me, there are only two kinds of films that exist, those that move me enough (in good or bad way) to write and those that don’t. ‘Short Term 12’ comes in the first category.
I have not in a while felt this explosion of sadness and warmth all rolled together into one while watching a film. When i read the premise of the film, i thought it was going to be one of those powerful dramas about a woman helping out at risk teenagers. For the lack of better words the film is that but those words do not do justice to what is it that the story tries to achieve in such a short duration of time.
Short Term 12 is told through the eyes of Grace (Brie Larson), a twenty-something supervisor at a foster-care facility for at-risk teenagers. She is also in love with her boyfriend and co-worker, Mason (John Gallagher, Jr.).  During the film’s length,  four supervisors including the newcomer Nate primarily deals with the struggles of two kids Marcus (Keith Stanfield) and  Jayden (Kaitlyn Dever) among others. While Marcus is coping with turning 18 and leaving the facility, Jayden is a new kid in the place who is dealing with what it seems abandonment.
The film works like a ticking clock, where every moment you are waiting for one of the kids to explode given their backgrounds and personal struggles. The same is true for Grace, whose personal story both an involved supervisor and a troubled adult is intricately woven in together with those of the kids, especially Jayden. Her struggle with her own past and present, while she deals so confidently with the kids is one of the most gripping part of the story.
The story works on many levels. There is the subtle humour in the way the new supervisor Nate is introduced to the mental strain of working at the centre, while the rest deal with the craziness with shocking ease. At the same time as he deals with the environment, we see Jayden dealing with it too but only with the coolness of ignorance. Her breakdown is one of the most heartbreaking yet entertaining sequences in the film because it finally gives the audience a glimpse into the minds of the kids who live there and their issues. It also leads to one of the most heart-warming scenes i have seen in the longest time. Let me be truthful, i shed many tears during the film’s length but most of them were during the good parts instead of the bad and none of them felt manipulative thanks to the way it has been acted and directed.
The films, unlike my assumption is an easy on the eyes drama. The story of Grace, which opens up slowly, layer by layer, makes it almost like a suspense drama working on all levels. At 96 minutes, it is not too long but just long enough to make you smile, cry and breath heavily with calmness as the kid breaks out screaming in the last scene.
Not to be missed.
Share karo yaar... tumhe filmon ki kasam