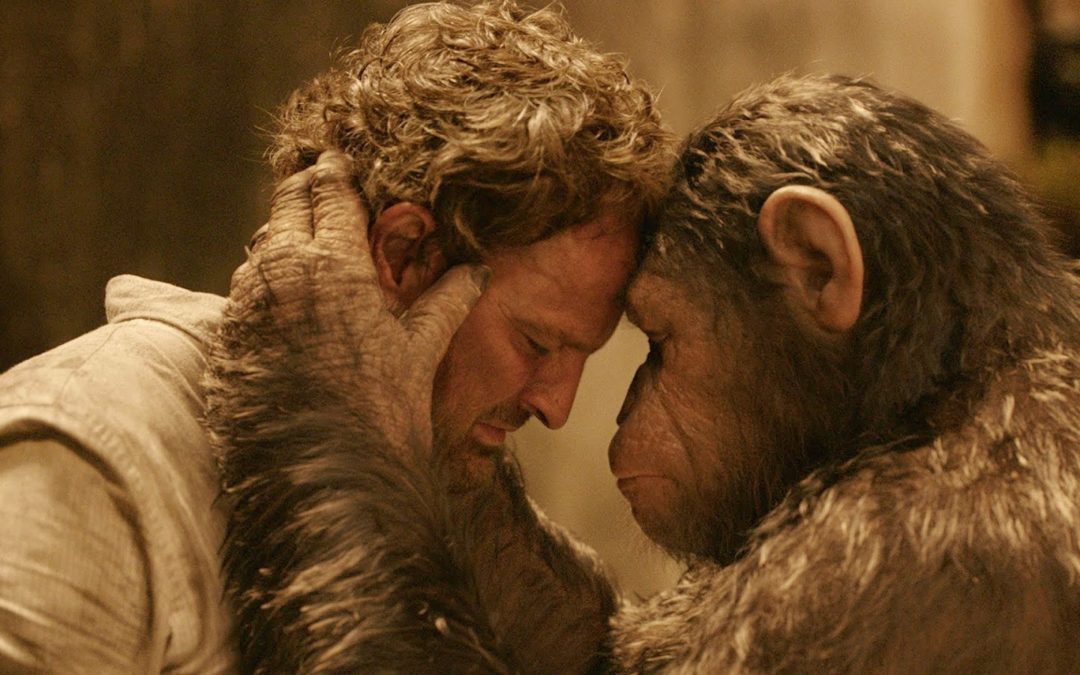 I first thought i would write one of my usual eloquent reviews which has a lot of paragraphs which usually puts people off. Instead i have chosen to do the following:
Why is ‘Dawn of the Planet of the Apes’ so awesome?
1.) It is not directed by Michael Bay. (This should be enough.)
2.) Man with assault weapons vs Apes with assault weapons (What else do you need?)
3.) For the more intellectual, Apes with assault weapons –  A comment on America’s stand on guns anyone?
4.) Its not directed by Zack Synder. (OMG this is TGTBT [too good to be true, you nerds])
5.) Jumping apes destroying everything in sight. Read awesome ACTION scenes. (Going crazy with JOY)
6.) For the more intellectual, it has apes using guns for reasons they don’t know, symbolising all mob mentality in human history and suddenly making sense of all mankind. We are all apes.
7.) The film’s script actually makes sense!!! (WTF!!!)
8.) Its a big budget action film with a script that makes sense and is entertaining. Basically it is like a solar eclipse… you got to see it. OR Not See it, in case of the eclipse or you will go blind.
9.) If you don’t understand english or hate listening to dialogues or using your brain, this is the film for you. The star-cast is basically Apes.  (Totally blowing my mind!)
10.) For the more intellectual, the film makes so much sense that even apes with their sign language could pull it off.
11.) This is like one of those rare sequels which is far far far superior to the first film.
12.) Watching this film would contribute money towards the endangered cause of ‘Good Cinema’. (So you could sleep at night, film for your head, heart and soul)
13.) For the intellectuals, you can watch a film, enjoy it and also talk about it with REGULAR people, an opportunity you might not get again soon.
14.) I love Keri Russell. (This is just personal)