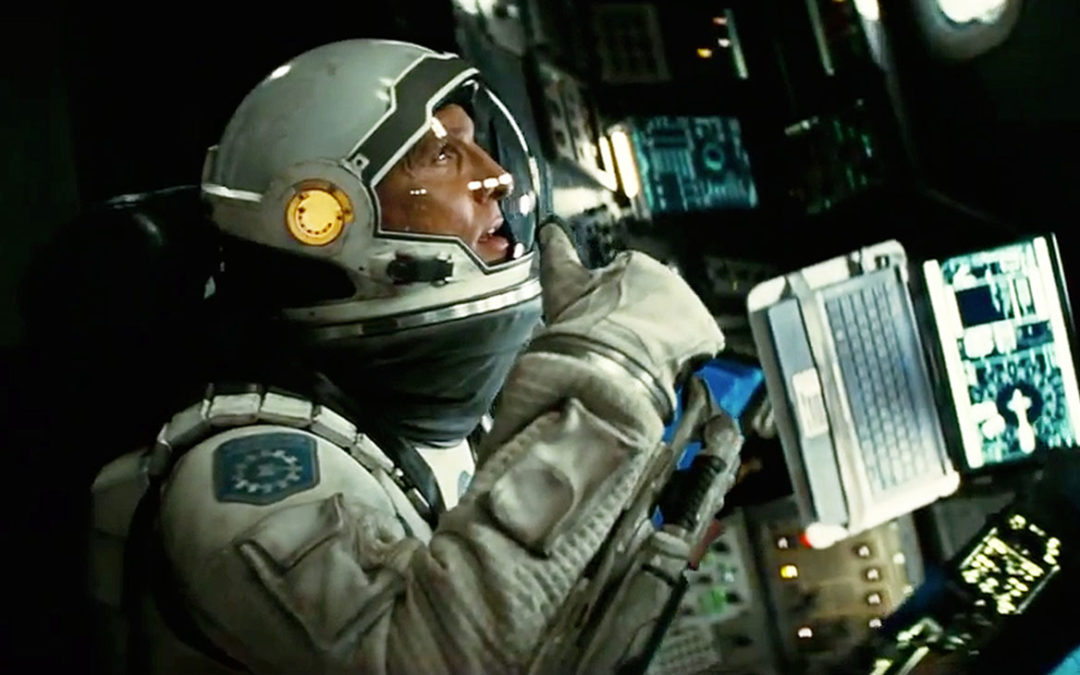 It’s a well known fact that i am a huge fan of the director, Christopher Nolan’s work and probably that is why I usually end up watching the films at least twice before writing about them, less my judgement is clouded by any bias I will have. The same is true for this one too and you could do well to watch it again because one viewing is just not enough to answer all the question you will have about what you would have witnessed.
In every film, mostly the ones concerning saving the world, logistics aside, it all comes down to the humanity of the people inhabiting the world and the decision they take. In this film too the concerns are the same. The only difference is that instead of taking us through long monologues Nolan instead takes us on a very long journey to another galaxy, two different planets and even a black hole (I maintain) to allow the characters to make those decisions. There is a line in the film where Dr Amelia Brand (Anne Hathaway) tells Cooper (Matthew McConaughey) that nature is harsh and unforgiving but never evil. And that is the one thing that sets the stage for the inter-galactic space travel that we see in the film. This is after all a Christopher Nolan film and he is not about to send the audience into a journey which is not full of breath-taking visuals and fantastically choreographed action sequences, challenging the norms and redefining what the term ‘action sequence’ is. And of course there are surprises like there always are. Enough Said.
Before going to watch it I was ready to be a little bored considering its running time is about 3 hours but i completely forgot about the length after the first 5 minutes. If anything i feel the director and the screenwriter Jonathan Nolan could do with adding a few more minutes for Murph Cooper (Jessica Chastain) and the years she spent on Earth waiting for her father’s return. Murph’s pain of abandonment and disillusionment could not be quantified in the one line where she calls her father ‘a son of a bitch’, which garnered more laughs than silence at every viewing. That was the only low point of the movie for me, because time is used as a trick, as another dimension, as a quantum physics concept but never as a measure of change and loneliness for those who were left behind, especially for one of the most integral characters of the story.

To say the least, Interstellar is without a doubt a brilliantly done science-fiction film. It is in some ways the opposite of ‘Gravity’, despite the love of for our lovely unique planet that is very much integral to it. I always have loved Nolan’s films for the simple reason that they take the grandeur that the big studio allows and transform that into something breathtaking, thrilling and intelligent. He has faith and confidence that we the audience, not a niche section but the mass audience, are smart enough to appreciate and enjoy his vision. Now what is there not to love in a man who doesn’t dumb down his art and excuses it by calling the viewer stupid? But more than anything else, it is engaging and entertaining like films are meant to be.
If you can watch it in a 70 mm IMAX, which unfortunately only exists in Hyderabad in India, you are lucky or insane (me). But even if you don’t fall in that category, watch the film nonetheless, but of course only on a big screen. Don’t insult the vision, call you LCD tv a big screen and wait for the blue-ray rip.
Share karo yaar... tumhe filmon ki kasam