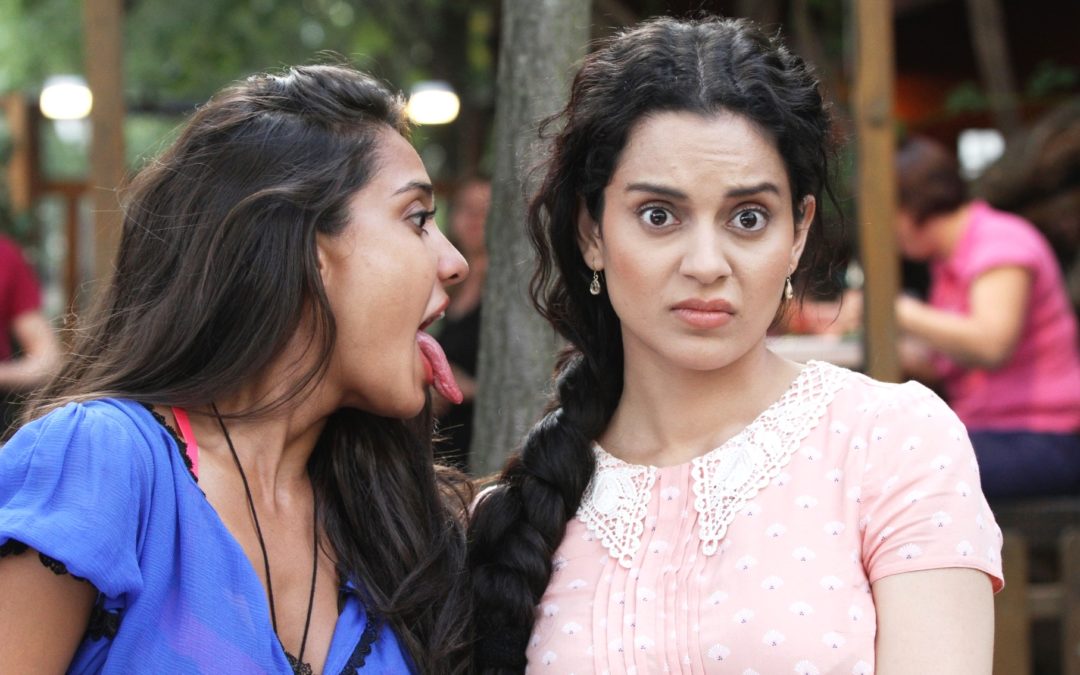 I have already raved about the film a lot but i write this review only for one reason – To make sure that whoever reads this watches this film and for a change a great Hindi film makes money instead of the brainless, emotionless, unentertaining crap that usually does.
The film gets almost everything right, and even the little stuff that it might exggarate is so small that you wouldn’t want to care. The film has wonderfully nuanced characters played by wonderful actors. Everyone starting from Rani’s (Kangana Ranut) family from Rajori, her father, mother, dadi, brother, the possessive fiance Vijay (Raj Kumar) to the Parisian waitress VijayLakshmi (Lisa Haydon) and the 3 men roommates in Amsterdam to even the Italian crush, the film packs a punch of flavour, local and global. The acting is superb, the music wonderful and the direction is apt. So its pretty obvious that the film is great.
But what i want to talk about is not the film but the fact that the makers were able to make a film this rare. I am all for pretending that I live in the 21st century where men and women have equal rights but i can not remember the last time i saw a great hindi film starring only a actress, with no romantic angle or makeover or unnecessary emotional melodrama. The greatest asset of ‘Queen’ is not just that it highly entertaining but the fact that the director Vikas Bahl and the writers never sell out its protagonist. Rani starts out as a simple girl from Rajori with no self-confidence and a broken heart and in the end remains the same simple girl from Rajori only with a liberated spirit. At any given point of time, she is not turned into a European in the name of modernisation or forced into a alien lifestyle in the name of getting over a heart-break. She truly opens her heart to new cultures and people, getting over pre-conceived notions and biases and finding joy in independence and friendship. I cannot believe that the makers resisted the temptation of a foreign fling. It makes me want to believe in a higher power.
And the director does all this without letting the audience be bored even for 2 minutes. ‘Queen’ is truly one of those rare films which don’t have even an unnecessary second in it. It has many intensely funny and freakishly accurately realistic scenes, but one of my favourie was of a European man trying out a Gol Gappa for the first time. If it was a regular film, he would have loved it which is highly unbelievable. But here, he hates it, leaves and then returns back because he started craving the aftertaste. And if there is one thing that is accurate about Dilli ke gol gappe, its the aftertaste once the chilli dies down.
The whole film, start to finish, is a joyride and while you are happy that Rani finds her happy ending, i was personally sad to see the film end. Maybe Rani could travel to a few more countries… Maybe!
Share karo yaar... tumhe filmon ki kasam