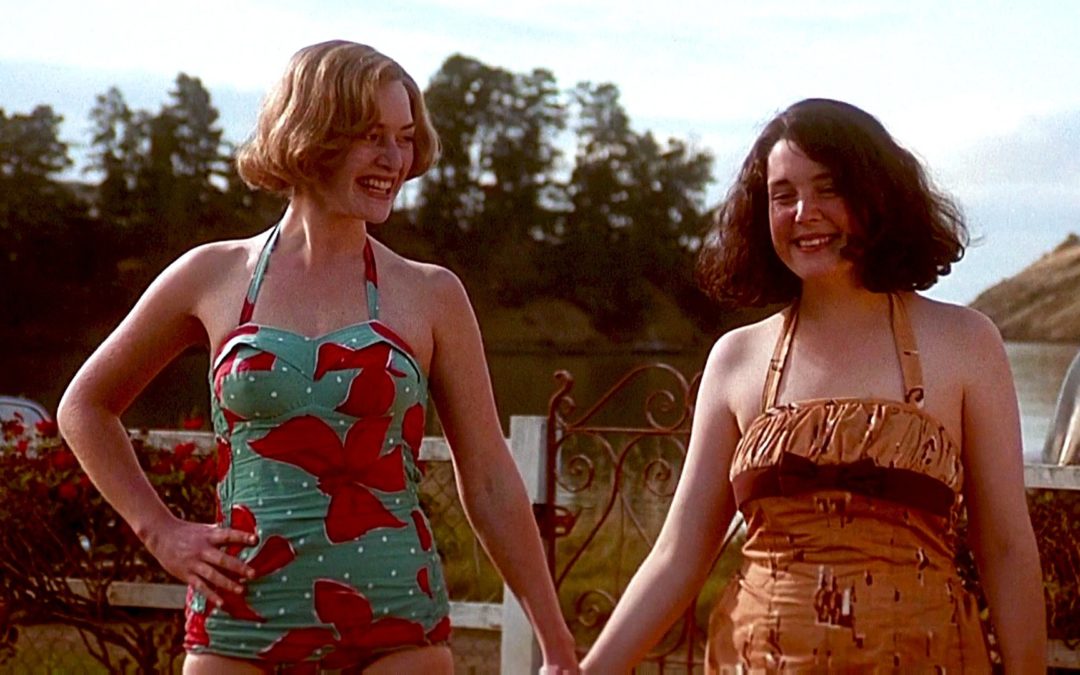 I had read a lot about this movie before I actually saw it last week. It is based on a true story of the friendship between Pauline Parker and Juliet Hulme, two teenagers who murdered Parker’s mother back in 1954. Filmed in Christchurch, New Zealand, the actual place of the incident, the movie is also the screen debut of a 17 year old Kate Winslet as Juliet Hulme. But while watching the movie, not at any point did I feel I was watching a teenager perform. The performance was so full of life and vigour, which while she displays even now, was much more pronounced in her first screen outing.

The Peter Jackson directed movie, tells the gruesome tale, in a way probably only he could. Magically. Pauline and Juliet, meet in school for the first time. Though opposite of each other, they form a bond which becomes stronger with time. Juliet shares her secret of the fourth world with Pauline. A place called Borovnia, which she believes that they would live in after their deaths and where the popular artists are Saints. So strong is their attachment to each other that this world becomes visible to Pauline as well and soon both are engrossed in creating characters of this new life they share. Pauline keeps a written account of everything in her diary.

The one thing that joins the girls together is the attention they get from each other. Pauline, who comes from a much less privileged household is a girl embarrassed by her mother. She dislikes her ordinariness and is attracted to Juliet’s eccentric character. Her visits to Juliet’s house are the time you see her come out of her shell, almost believing it to be her family. Juliet on the other hand is the victim of negligence, having left behind alone in the past during her period of illness. She severely requires love which she finally receives from Pauline. Over the period of more than a year, their friendship becomes stronger, so much so, that when Juliet has to leave the country they can’t fathom the thought of separating from each other and thus decide to kill Pauline’s mother, thinking it would make the situation less worse.

The story is no doubt full of passion and emotions but instead of telling it in a manner which would show the girls as two criminals, Jackson makes the audience see the two creatures in another dimension. The two young girls, full of energy of youth and the confusions that it brings, live a life of imagination. When they are encountered by something or someone they truly despise, you don’t see them running out screaming. No. The princess of Borovnia have their prince kill these subjects for them. The two women were unique, intelligent but unfortunately out of control. Jackson tells the story in a humane manner, not creating any clichés. There are no heroes of villains in this story. Only these two, who are their own heroes and become villains for the rest of the world.

While I have written quite a bit about Winslet, it is Melanie Lynskey who breathes life to the film in her act as Pauline. A disturbed teenager, you see her opening up, almost flowering during her time with Juliet. The attention she receives makes her forget of the world she lives in. But it is the angst of growing up, coupled with the affair she has with a tenant and a turbulent relationship with Juliet which forms a toxic mix in her mind, which eventually leads to the murder. And at no point of the film will you question Lynskey’s performance. And that is what makes this movie such an engaging watch.

One of the triumphs of the movie is the mix of the real and the Borovnian world, with the clay creatures playing important parts to describe the emotions of the leading ladies. While it is known from the very start that the movie will end in a murder, somehow, looking at the two young girls you don’t turn away your face with disapproval. You watch the story with as much intrigue as possibly the love story of Rhett Butler and Scarlett O Hara.  Watch the movie for the extraordinary talents of the leading ladies and the man who told the story with extraordinary genuineness.