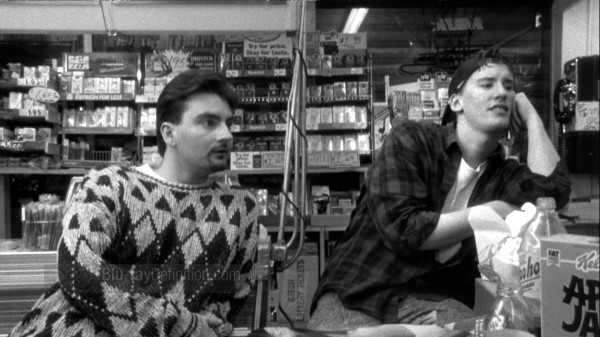 I have been ignoring both the blog as well as my mission for about two weeks now. Feel bad! Nonetheless I am planning on getting back with full force now and will be looking forward to some of big movie magic happening this month! The few new flicks that I watched over the last two weeks were Clerks and Rushmore
Clerks
A comedy by Kevin Smith, the first movie directed by him, this one is a black and white, what happens in one day story that we have seen so many times. Telling the story of Dante (Brian O’Halloran) and Randal (Jeff Anderson), who work in a convenience store this one feeds on its wacky characters and weird happenings. This is the first movie that also introduces Jay (Jason Mewes) and Silent Bob (Kevin Smith) which are seen constantly in future Kevin Smith projects. The story is about Dante who works at a convenience store out of lack of ambition and Randal who works at the next door movie rental but spends almost 80% of the time with Dante at his place. The story speaks of a day where Dante is made to work in spite of his off, which makes him miss his hockey practice, accidental revelation about his girlfriend’s sexual exploits (something Smith has worked deeply in Chasing Amy) and an ex-girlfriend who ends up having sex with a dead guy screwing their chances of being together. The movie is funny. The characters are loud and it has that definite 90s feel to it. Talking about the main leads, while Dante is confused and lost, Randal is carefree and careless which makes situation worse. Jay and Silent Bob are a treat to watch, as always and the end just takes the cake away!

It’s a good movie to catch up on when with friends or even on a lazy afternoon. 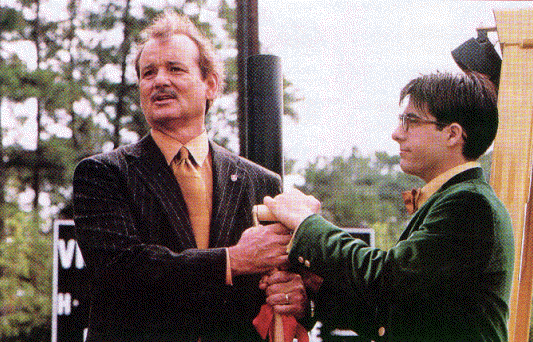 Rushmore is a pleasure on the eyes as on the ears. It has an excellent cast in form of Jason Schwartzman, Bill Murray, Olivia Williams and Brian Cox who not only keep the tone of the movie light but also take it to another level. The soundtrack by Mark Mothersbaugh keeps in tone with the frames on screen. It is breezy, rustic and almost reminds you of the change in weather in the movie. But the best part of the movie remain the scenes between the young boys in the film, reminding you how naïve and funny childhood can be. The scene where Max’s friend Dirk (Mason Gamble) discovers the relationship between Rosemary and Blume and then informs Max as payback for a rumor Max started about his mother is priceless. Even more priceless are the wording in the letter he sends to Max which makes Max and Blume mortal enemies, engaging in back-and-forth acts of revenge on each other. Co-written by Anderson and Owen Wilson, this comedy almost accurately describes how idiotic people can act when stuck with love or attracted to someone. And it works because it takes two characters as different in age as Max (15 yrs) and Herman (40s or something) who end up acting like boys fighting on toys. A look at Herman disfiguring Max’s bicycle while Max puts bees in his hotel room and you know you are not looking at mature adults. And love is a war for them, though the object of their affection Rosemary, is disgusted by both their behaviors and they have nothing to gain by it. But still they continue, almost explaining why so many wars have been fought by men. Sometimes the reasons are lost in the act…